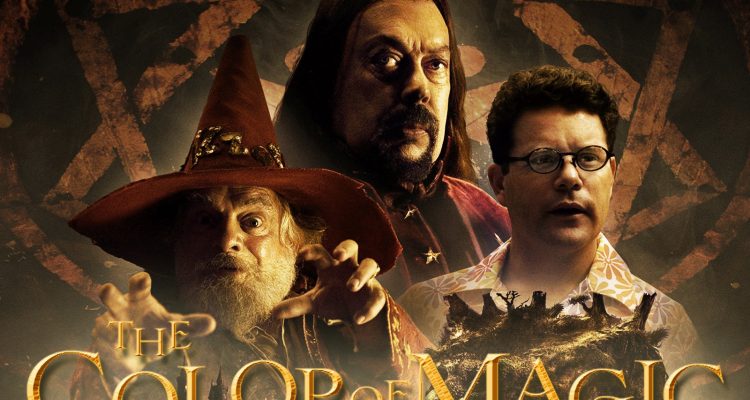 Terry Pratchett’s work is an acquired taste for fantasy fanatics. The Color of Magic is the better miniseries, while Hogfather is pretty weird and off-kilter. A perfectly paired double feature blu ray.

It’s Hogswatch (equivalent to Christmas) on the Discworld and the Hogfather has gone missing, requiring Death to take his place while his granddaughter Susan endeavors to find out what has happened.

In an alternate universe known as Discworld, things sort of resemble Earth in a fantasyland dynamic, and there are guilds that govern and control all manner of magical goings-on. A secret sect has a plan to rid Discworld of faith and entities humans believe in to slowly manipulate the things people look towards to inspire them, and they hire an assassin named Teatime (Marc Warren, who is perfectly cast) to kill the Hogfather, who is basically Santa Claus in Discworld, but looks a little different and uses boars with tusks instead of reindeer. Teatime is up to the task: His first order of business is to edge in on The Tooth Fairy, who is a very big deal on Discworld, because whoever controls all the bones (the teeth) of the children of the world can conjure up a powerful magic that will render a great force on Discworld. There’s really only one person who can stop Teatime: Death itself. Death (who looks like the grim reaper) takes it upon itself to assume the place of the Hogfather while he’s MIA, and since it’s almost Hogswatch (Christmas equivalent), the only way to keep the children believing in something is to assume the mantle of the Hogfather. Death’s granddaughter Susan (Michelle Dockery) is also time incarnate and is quite powerful in her own right, and they team up with some elves to stop Teatime from creating a terrible rift on Discoworld where the sun will literally cease to rise if children and people have nothing left to believe in.

Somewhat obtuse and difficult to immerse oneself in if you’re not really into the goofy literary works by Terry Pratchett, this two-episode miniseries based on Pratchett’s book is pretty bizarre and only minimally interesting due to a halfway-invested production. Some scenes are so weird and strangely underdeveloped that I honestly got lost in the muddle of the cockeyed alternate-ness of it all. Some of the make-up work and costumes look only sort of finished or designed, and while I trudged forward with it until the end, I enjoyed only some of it. There’s a lot to take in, and if you’re a Pratchett fan or a devotee of British humor and programming, then this one is more for you than for me. Followed by another miniseries called The Color of Magic. Both were adapted and directed by Vadim Jean.

The Color of Magic Plot:

A cowardly wizard is roped into a life of adventure. A tale from the first two books of Terry Pratchett’s fantasy series “Discworld”.

A ridiculously wealthy tourist on Discworld named Twoflower (Sean Astin) visits the less reputable parts of an area governed by a wizarding guild and hires a castoff wizard named Rincewind (David Jason) – who only knows one spell – to be his tour guide for the duration of his vacation. Rincewind’s previous instructor is a conniving, over zealous wizard named Trymon (Tim Curry) who has a plan to become the most powerful wizard in the realm by using a forbidden book to collect all the spells known to magic, but since he forgot to procure the one spell Rincewind had, he left a loose end and will have to rectify that immediately. As Rincewind and Twoflower (and Twoflower’s mobile magic trunk full of gold) get into all sorts of calamities, they encounter and make friends with a weary legend-in-his-own time known as Cohen the Barbarian (David Bradley), a one-eyed warrior who still has it where and when it counts. In their periphery is Death itself (voiced by Christopher Lee), with its sickle, just waiting to reap the souls of Rincewind and Twoflower should they befall more than they can handle.

Based on a book by Terry Pratchett and set on Discworld, The Color of Magic is more fun and coherent than the miniseries for Hogfather, which was the prequel to this miniseries. Directed by Vadim Jean, it almost feels like a send up of the fantasy genre, making fun of Conan the Barbarian and various other fantasy tropes. This one has an invisible dragon in it too and is bound to make fans of the genre laugh at least a few times. Jeremy Irons appears unbilled, and Brian Cox narrates it.

Mill Creek’s new double feature blu ray of these two titles are nicely and appropriately packaged together, and while they don’t contain any special features, there’s about six and a half hours of viewing here, which should keep you busy for awhile. They also come with a digital HD download code. 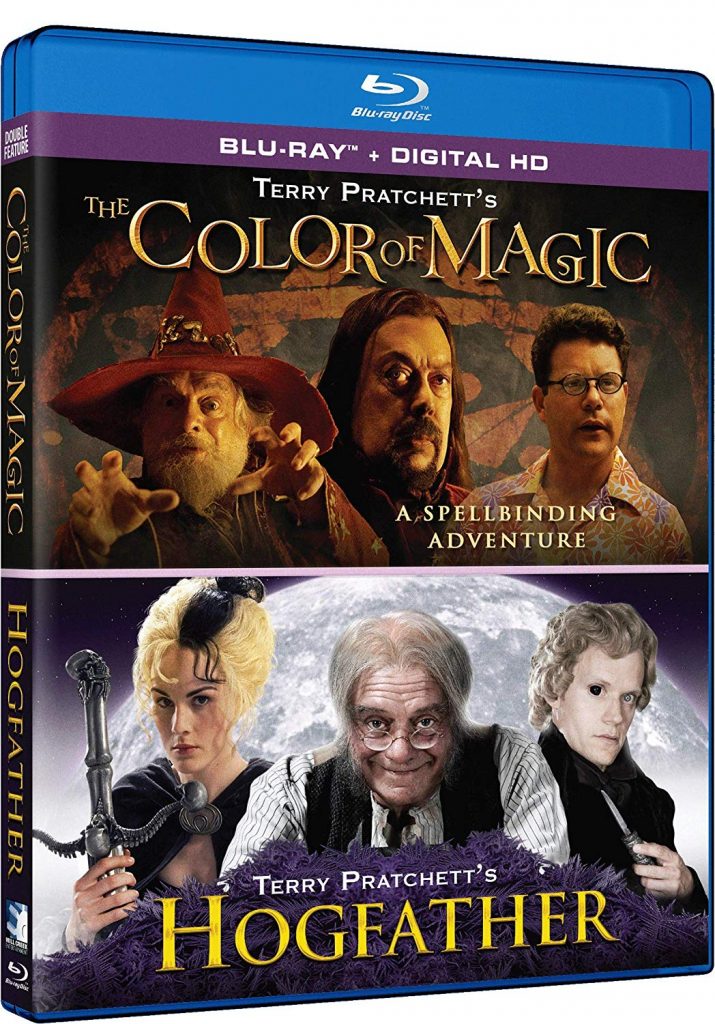