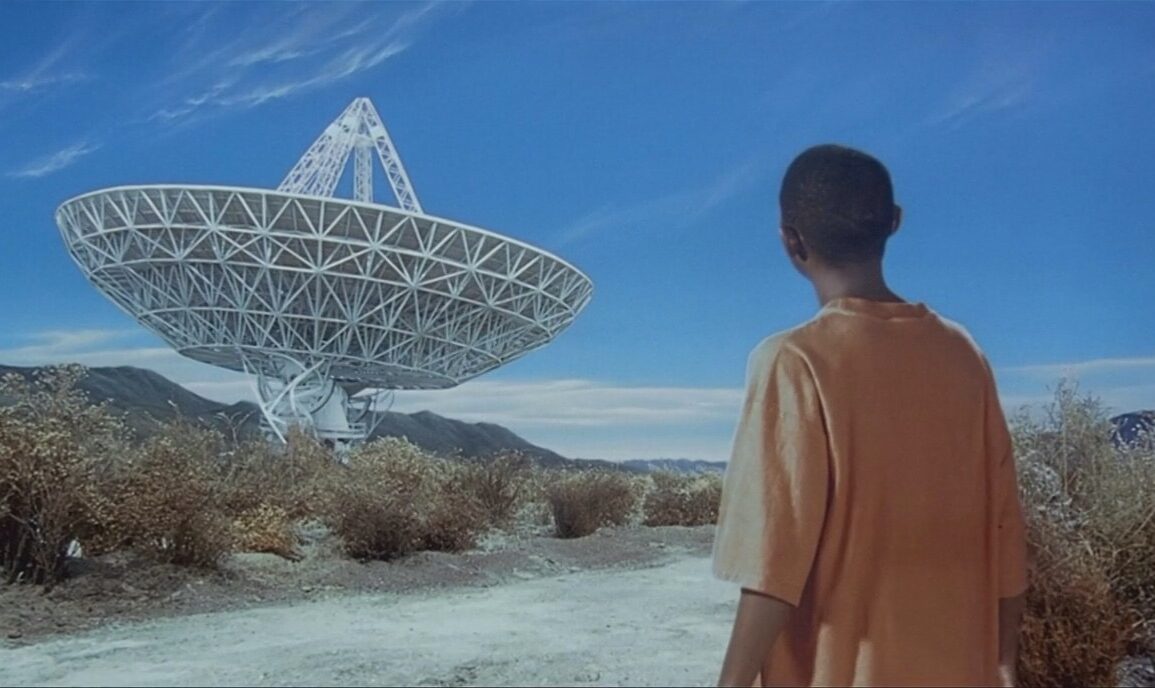 A clever and engaging sci-fi paranoia thriller that features an excellent wide-eyed performance by Charlie Sheen.

Plot: When radio astronomer Zane Zaminsky (Charlie Sheen) is fired after finding an abnormal radio transmission, he travels to Mexico to uncover an extra-terrestrial conspiracy.

Review: For a lot of people, they probably forget that Charlie Sheen, once upon a time, was actually a pretty good and versatile actor. Appearing in a range of different roles, including the leads in such diverse fare as Platoon, Young Guns, Wall Street, Hot Shots!, Major League and The Getaway, Sheen seemed to excel at any movie genre he tried. The Arrival didn’t get much fanfare, unlike some of the aforementioned entries in his filmography, but like most Sheen movies I’ve seen, pre-#Winning Charlie was absolutely on point in this role.

I don’t know if it’s because I know he’s a real-life crazy person with tiger blood coursing through his veins, but no one can quite do an “at the end of my rope” role like Sheen.  His manic, heavy breathing in the movie, his eyes bulging, he constantly seems sweaty and confused, you just buy it all as a viewer. If anyone was to headline another remake of the sci-fi horror classic, “Invaders from Mars”, I would vote for Sheen – he just really conveys this sense of dread, suspicion and hyper-edginess. His role of Zane Zaminsky in this movie might be his favourite part of mine, period, except for maybe Wild Thing from Major League.

The movie is written and directed by David Twohy, so you know the story is in good hands. Towhy is, in my opinion, a very underrated storyteller, who, besides giving us the Riddick movies, also wrote Warlock, The Fugitive and Waterworld – so yeah, he’s good. While the film has its predictable moments (such as the ending when there’s a choice between two characters of whom to trust), the plot is generally very tight and well-paced. I think what makes it stand apart from other movies of this type are, there’s always those moments where you have reason to doubt the main character and what he’s seeing – this doesn’t do that. You know Charlie Sheen is right – it’s just a question about how big the conspiracy is and who in fact is running it. Discovering that is the fun part of the ride.

As for the rest of the cast, they’re mostly veteran actors who are generally solid. Kudos especially to Leon Rippy (who was an exceptionally memorable villain in the criminally underrated Kuffs) who plays a stone-faced henchman role and the late, great Ron Silver who is perfectly cast as the smooth-talking, oily boss who may or may not be in charge of the entire alien operation.

For the visuals, they’re okay for a mid-90s movie. They don’t really show much of the design of the aliens as they’re often wearing human guises, which was probably wise, but they do this weird thing where they almost break their legs in half to run and the effect is unconvincing. I especially thought the locations were well-chosen for the story, with the desolate, desert areas conveying a sense that Sheen’s character is often in the middle of nowhere, or when he goes to Mexico, in an area where help will not be forthcoming very soon. The environment gives a sense of isolation, which is what’s happening to Charlie’s character progressively through the film – it’s really well done. The soundtrack is a typical foreboding electronica score that you would come to expect with this type of movie.

So, is The Arrival worth checking out? Yes. It’s an extremely engaging story with a wonderful, scenery-chewing performance by Sheen and some nice, tense moments of paranoia and danger that will keep you entertained throughout. The fact that this movie isn’t bigger is a little disappointing, considering how desperate we all are for well-crafted entertainment. If you’re looking for a good time with a little alien action and a wide-eyed Charlie Sheen, then this is your ticket for a great night.