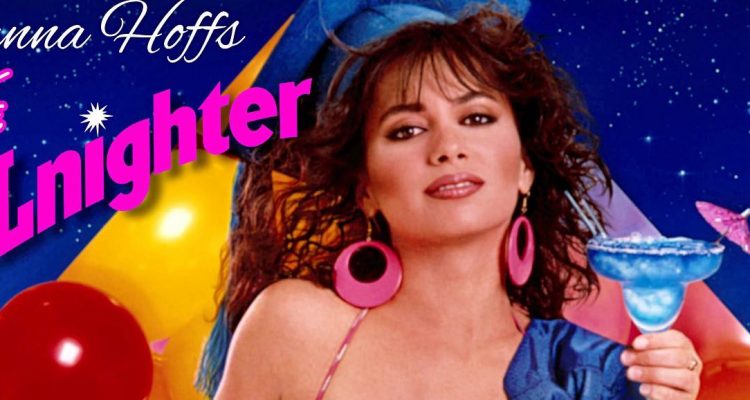 Hoffs is cute but rather understated in the film, and while the movie is a bit long at 108 minutes, the film has an unsophisticated, relaxing quality to it that is pleasant.

It’s the last night at Pacifica College for five friends, and so they plan an “allnighter” the night before graduation.

Class valedictorian Molly (Susanna Hoffs from The Bangles) and her two best friends Val (Dedee Pfeiffer) and Gina (Joan Cusack) figure they have one last night to host an all-night fiesta on the beach right outside their rented apartment right on the beach by their college Pacifica, and so the planning begins. Their two guy friends C.J. (John Terlesky) and Killer (James Shanta) are more concerned with surfing a few more tubes before going their separate ways after graduation, but Molly and C.J. have a little love / hate thing going on between them that they’ll need to settle before the night is over. But as the night rolls on, Val splits to spend the night with her stuffy fiancé at a fancy hotel, and Molly gets a one-in-a-lifetime offer to spend the night with a rock star, which leaves Gina high and dry, and so “the allnighter” they planned goes sideways and gets worse when Val and Gina get mixed up in a prostitution sting. Molly finds herself thrown out the window (literally) when the rock star’s girlfriend shows up, and so she has to figure out a way to get back to the fiesta without losing her life. Before graduation, Molly and C.J. make up and have to spring their buddies from jail and make it back to graduation so that Molly can deliver her valedictorian speech. But it was all worth it because this is the last chance they’ll all have at being young and together again.

A lackadaisical lark of a coming of age dramedy, The Allnighter seems to have sprung into existence solely for the sake of starring Hoffs, whose mother Tamar Simon Hoffs wrote and directed this. Hoffs is cute but rather understated in the film, and while the movie is a bit long at 108 minutes, the film has an unsophisticated, relaxing quality to it that is pleasant. The soundtrack is pretty great, with tons of cool pop songs of the era on it, and the movie should still have some appeal to fans of ’80s teen sex comedies, despite being fairly genteel.

Kino Lorber’s recent Blu-ray release of The Allnighter looks nice in HD, and there’s an audio commentary by Susanna and Tamar Hoffs, as well as another commentary by a film historian. Other specialf eatures include a music video and the trailer. 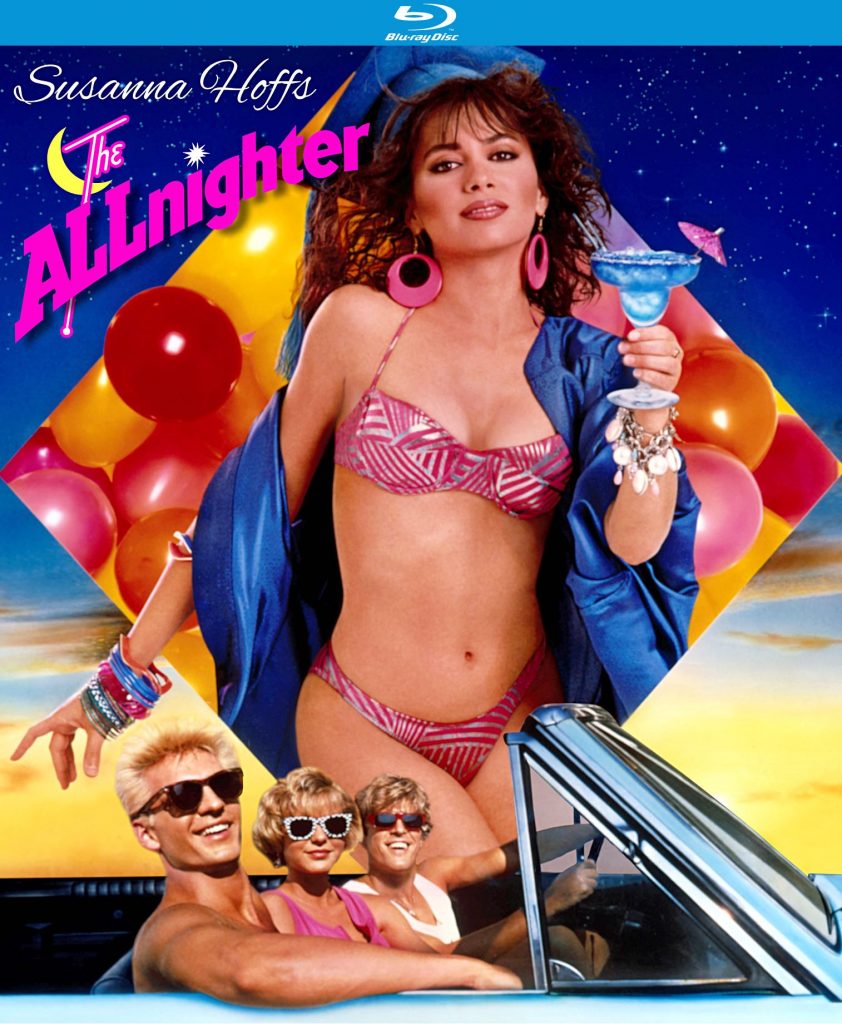