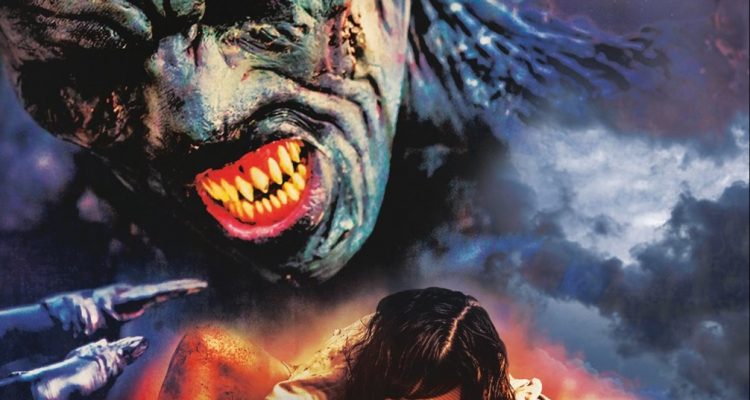 The 27 Club is an unattractive, exploitative little motion picture without an ounce of originality or inspiration.

Plot: A singer-songwriter chasing fame and a journalism student researching his thesis are drawn into a sinister underworld as each attempts to discover the truth behind the curse of “The 27 Club”.

Review: The urban legend seems to be true: Aspiring rock stars who sell their soul for fame and fortune must pay up sometime during their 27th year on earth, some on their very birthday. When a hot rising rock star who sold his soul is visited by a ghastly demon on his 27th birthday (he celebrates by snorting cocaine off an unconscious groupie), his soul is extracted, leaving his earthly remains behind. A graduate student named Jason (Derrick Denicola) uses the opportunity to compose his thesis as a documentary film that documents the so-called “27 club” of rock stars who died at 27 at the height of their fame (Kurt Cobain, Janis Joplin, Jim Morrison, etc.), and as he begins his project, he meets and begins sleeping with a struggling musician named Lily (Maddisyn Carter), who in a short time seems to go viral after recording a little song on the fly. Suddenly, she’s a huge success, leaving Jason in the dust, but he remembers that they performed a ritual that may insinuate that she’ll soon be a part of the 27 Club…

The theory that fame and fortune literally costs you your very soul is not a new one, but The 27 Club hits that proverbial nail with a sledgehammer. It feels pretty exploitive when it offers dramatized scenes featuring actors portraying Amy Winehouse, Jimi Hendrix, and all the rest, as if to confirm that their lives ended as a result of a bogus demonic contract. The occasional appearance of an ugly demon tries to goose the viewer into reminding that they’re watching a horror film, but the real horror of the movie is how pasty and cheap it feels. Any time I see an indie film (even an action picture, not just in the horror genre) that features sets decorated with black tarps or sheets (this one has a sequence in a nightclub set decorated with tarps), I know we’re in trouble. The 27 Club is an unattractive, exploitative little motion picture without an ounce of originality or inspiration. From director Patrick Fogarty.

Just released on a Blu-ray / DVD / soundtrack CD combo pack, The 27 Club is an all-region disc set, and is now available to purchase.