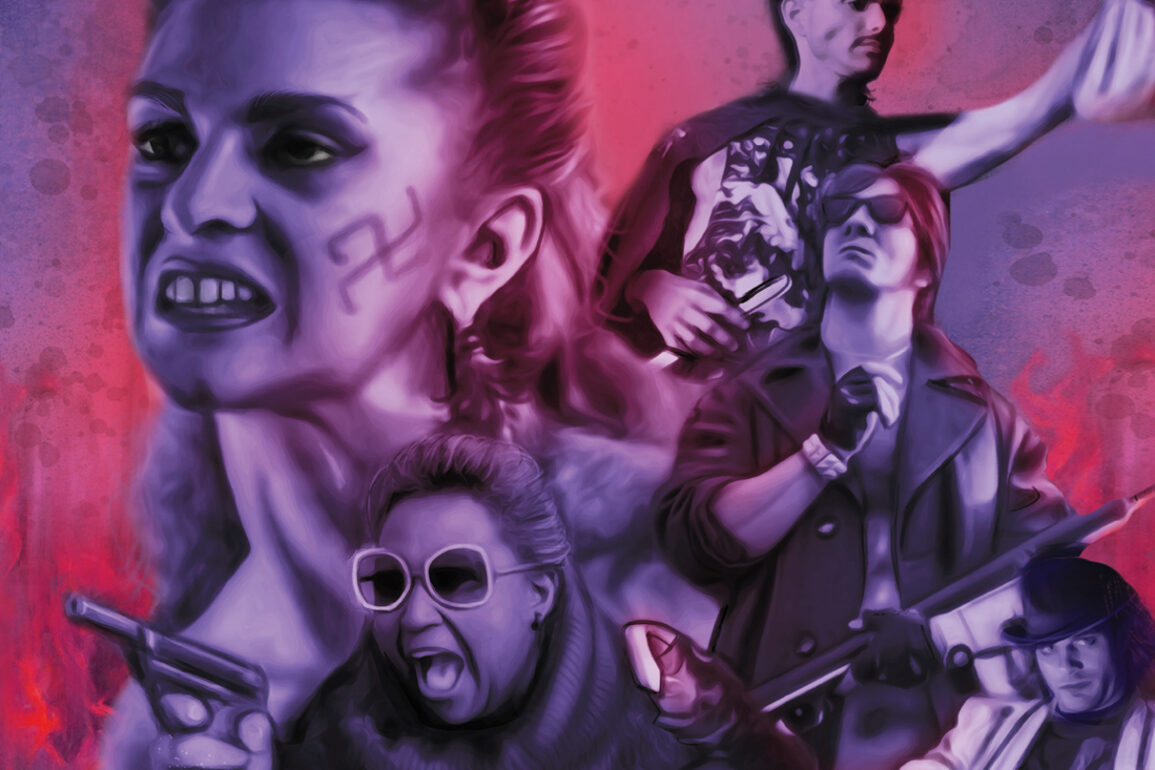 This is a fun, silly movie from the Troma school of filmmaking, and it’s got lots of nasty violence, sex and nudity on the beach, and surf scenes. The Blu-ray presents the film in widescreen for the first time, and the movie has never looked or sounded better.

“I am the Fuhrer of the New Beach!”

In an apocalyptic West Coast, the Surf Nazis kill the wrong woman’s son. She gets revenge!

80,000 Californians are killed in a cataclysmic earthquake that changes the face of the West Coast. It becomes a wasteland where marauders rule the sands by the seashore. There’s the Surf Nazis, who rule supreme, but there are also other gangs like the Earth Surfers (skateboarders), an Asian group, and a separate (white) surf gang. The Surf Nazis kill an innocent black man who helps an old white woman who was robbed by a purse snatching Surf Nazi, and the black man’s old mother wants revenge. She goes into Charles Bronson mode and gears up (seriously) with guns, grenades, and even a motorcycle. She uses everything she can (including a speedboat!) to kill the Surf Nazis one-by-one. This is a fun, silly movie from the Troma school of filmmaking, and it’s got lots of nasty violence, sex and nudity on the beach, and surf scenes. It’s directed by Peter George.

The Troma group has long spewed out some of the most vile, reprehensible garbage (Poultrygeist, anyone?), but in their early days they gave the world some unlikely gems such as the original Toxic Avenger, Class of Nuke ‘Em High (the first one is the only one worth talking about), and Surf Nazis Must Die. As a distribution company, they picked up and released a slew of interesting films all across the board, and for decades most of these films – if not all of them – were only available on DVD in crummy full-frame presentations. So it gives me some pleasure to announce that they’re taking care of some of their better films and releasing them in nice, widescreen high definition transfers, and their new release of Surf Nazis Must Die, the film has never looked or sounded better. With “Gnarly” special features that include an intro with Troma mascot Lloyd Kaufman, and interview with Peter George, deleted scenes, and much more, the film finally feels like it has landed with an edition worth adding to your collection. 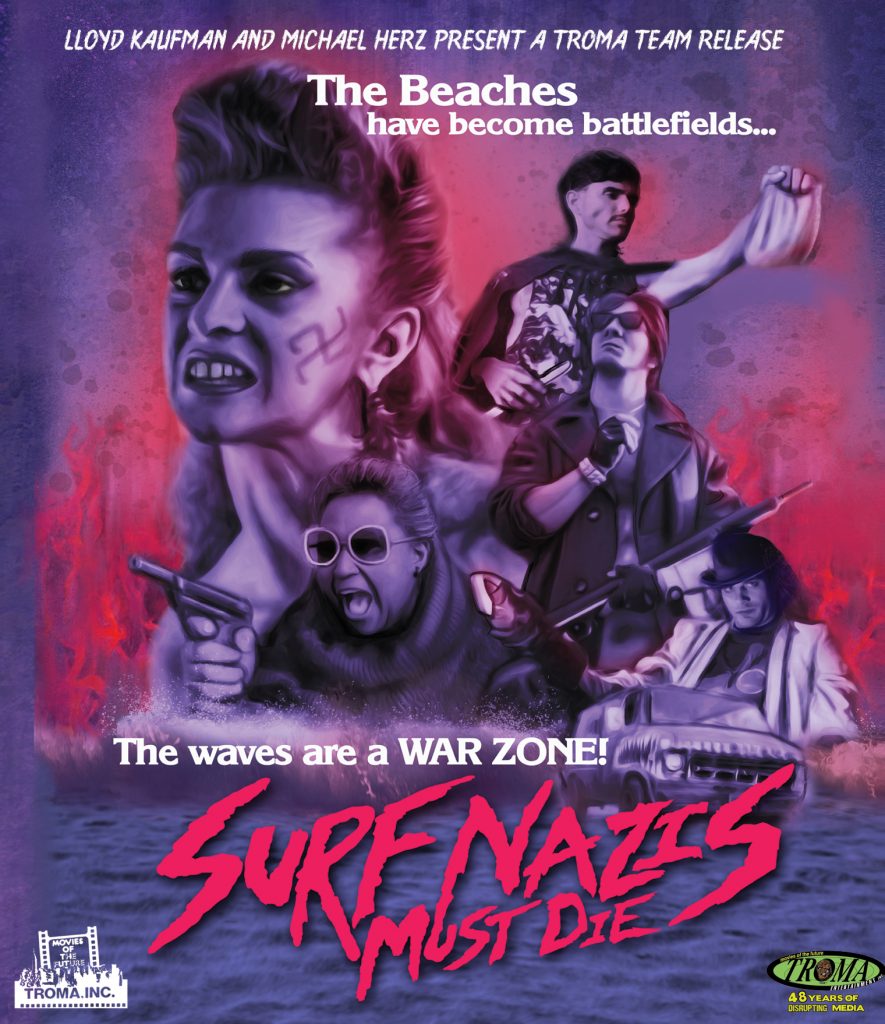