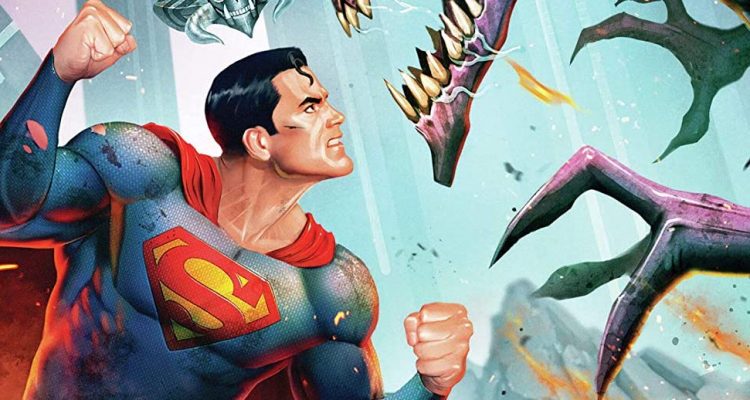 From the DC Universe animated movie line, Superman: Man of Tomorrow moves at a fast clip and has dire consequences for its characters, and Superman has rarely been as powerless against an enemy as he is here.

Meet Clark Kent. Sent to Earth as an infant from the dying planet Krypton, he arrived with as many questions as the number of light-years he traveled. Now a young man, he makes his living in Metropolis as an intern at the Daily Planet – alongside reporter Lois Lane – while secretly wielding his alien powers of flight, super-strength and x-ray vision in the battle for good. Follow the fledgling hero as he engages in bloody battles with intergalactic bounty hunter Lobo and before fighting for his life with the alien Parasite. The world will learn about Superman…but first, Superman must save the world!

Kal-El, from the destroyed planet Krypton, has grown up on Earth in Smallville, raised by human parents who’ve loved him as their own son, but when he comes of age (as Clark Kent) and begins to find his wings (so to speak) a threat from another world visits Earth: an intergalactic bounty hunter named Lobo rudely disrupts what should have been a regular day in Metropolis. Lobo and Kent (who hasn’t become Superman quite yet) have a duke-’em out brawl in the middle of the city with the press watching, and in the midst of their battle, Lex Luthor was supposed to unveil a new technology that is ruined in the aftermath of the bust-up between the two superhuman beings. In the mix of the carnage, a lowly janitor at Lex Corp becomes contaminated with alien technology, setting the stage for a future showdown that will prove to be Superman’s first colossal challenge. When Kent and Lobo’s smack down ends at a draw (more or less), Luthor figures out the Kryptonian’s weakness (Kryptonite), and he exploits it with a new powerful weapon, but what becomes of the janitor infected with the alien organism turns into a major problem for the entire universe as the man becomes a virtually indestructible creature named Parasite, with no weaknesses. Kent (finally as Superman), Lobo, Luthor, and an alien visitor named Martian Manhunter must work together to stop the behemoth Parasite before he literally clobbers the world into heaps of rubble.

From the DC Universe animated movie line, Superman: Man of Tomorrow moves at a fast clip and has dire consequences for its characters, and Superman has rarely been as powerless against an enemy as he is here. Parasite makes a terrific foil against him, but the real surprise is Lobo, who livens the movie up a great deal. I want more Lobo movies forthwith! From director Chris Palmer.

The newly released 4K Ultra HD / Blu Ray / digital code package of this title is now available to own, and comes with a handful of special features, including a featurette called “Lobo: Natural Force of Chaos,” “Martian Manhunter: Lost and Found,” a sneak peak at the next DC Universe Animated movie, plus two bonus cartoons. 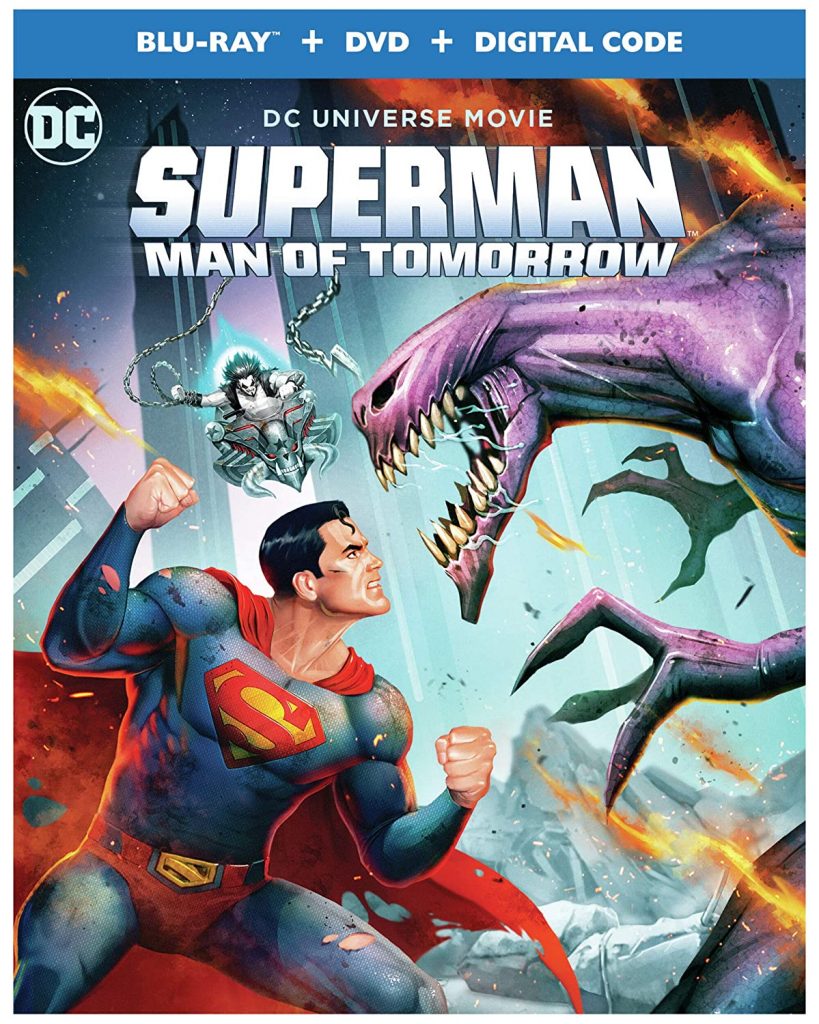