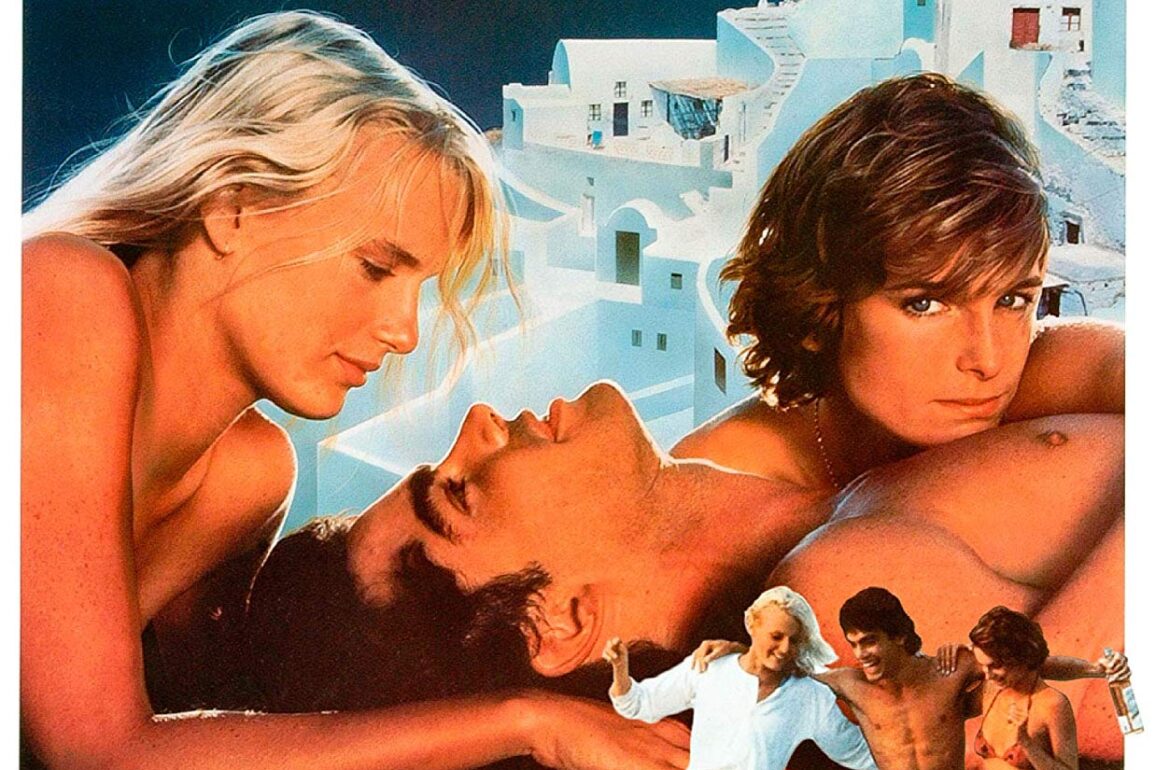 A beautiful and exotic Euro sex drama, Summer Lovers casts a tantalizing spell with gorgeous scenery, a lovely score by Basil Poledouris, extremely attractive (and often nude) leads, and a pulsating pop rock soundtrack by many top bands of the era.

Review: Young American lovers Michael (Peter Gallagher) and Cathy (Daryl Hannah) take a summer vacation to a scenic hotspot in Greece and become enraptured with the Greek culture: visiting the nude beaches, staying up at all hours going to the discothèque and making love at every available opportunity. It doesn’t take long for Michael’s eyes to stray; he keeps running into a stunningly beautiful French woman named Lina (Valerie Quennessen, whose last movie this was) who, as an archeologist, is working nearby at a dig site, and Michael makes sure he continues to bump into her. One afternoon Michael and Lina spend the day together and make love while Cathy takes the day to herself taking photos around the local village. Michael comes back to Cathy later and confesses that he’s cheated on her and admits that he’s confused about what’s going on. Cathy is hurt and stunned by Michael’s betrayal, but instead of just leaving for home she decides to confront and meet Lina to try to understand why Michael betrayed her. When she meets Lina, the confrontation doesn’t go as planned: Cathy finds that she likes Lina, and offers to have Lina spend some more time with Michael, as long as she can be there too. Over the course of days and weeks, Lina becomes a part of Cathy and Michael’s everyday life; Lina ends up moving into their villa, and Cathy shares Michael with the newcomer, whom Cathy becomes very attached to. Michael, being the luckiest guy in the world, gets two stunning women for the price of one, and their threesome extends on into the summer, where they do everything together. But as the summer draws to a close, Lina begins to distance herself from the couple, and the new dynamic of having Lina absent from the other two throws the lovers into a tailspin of melancholy and longing. Being summer lovers has its drawback, it seems …

A beautiful and exotic Euro sex drama, Summer Lovers casts a tantalizing spell with gorgeous scenery, a lovely score by Basil Poledouris, extremely attractive (and often nude) leads, and a pulsating pop rock soundtrack by many top bands of the era. Writer / director Randal Kleiser (The Blue Lagoon) could have gone down the route of making more of these types of young sex and romance movies that were so popular in the early 1980’s because he was really good at them. The movie is undeniably sexy with nonstop nudity and free love antics, all set against exotic looking locations. The movie doesn’t really say much, but presents itself as a trashy, but addicting romance novel. If you’re in the right mood, it can hit the right spot.

Kino Lorber’s new Blu-ray of Summer Lovers looks quite delectable in high definition. Twilight Time previously released this title on a limited edition blu ray, but this edition is much more affordable. Director Kleiser provides an audio commentary, and there’s a feature entitled “The Making of Summer Lovers” on the disc, plus the trailer.