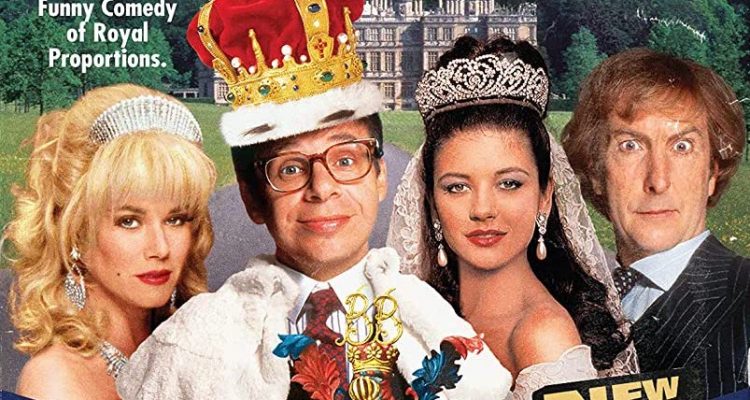 Clearly, this was a vanity project for Eric Idle (who even sings a few songs on the soundtrack), and while it’s amiable and very mildly amusing, it just never scores any genuine points for inspiration.

An adopted man realizes that he’s the long-lost heir to a dukedom in England.

In the 1960’s, the English Duke of Bournemouth and his American wife (Barbara Hershey) accidentally lose their baby in a restaurant, but when a baby is later returned to them, it’s not their child, but they never realize it. The kid grows up to be a likable American-accented putz (played by Rick Moranis) that spends a great deal of his life in the United States but returns to England to embrace his dukedom. The real Duke is a doddering dolt named Tommy Patel (Eric Idle) who was adopted by an Eastern Indian family, but has never once realized he’s not actually Indian (kinda like Steve Martin in The Jerk). When he realizes who he is, nobody believes him, but he ends up befriending the Duke and his fiancé (played by slinky Catherine Zeta Jones) and desperately tries to kill his best friend, the Duke, but tries to make it look like an accident. The Duke is quite lucky and formidable and foils all attempts on his life, and never for once realizes anything is amiss, but indeed there is: There’s always been a curse on the Bournemouth family and by the time the curse has run its course, everything will be topsy-turvy and Tommy Patel will become the rightful Duke.

A screwball sex comedy from writer / producer / star Eric Idle, Splitting Heirs is a sumptuous looking movie that struggles a great deal to elicit any laughs. Clearly, this was a vanity project for Idle (who even sings a few songs on the soundtrack), and while it’s amiable and very mildly amusing, it just never scores any genuine points for inspiration. Zeta Jones and Hershey are nice to watch, and there’s even a small role for John Cleese, an alumni of Monty Python with Idle, and yet the movie still feels lackluster on the whole. I wanted to like this much more, and I’m a fan of all of these actors and of big studio films from the ’90s, but this one just feels too skinny on the bone to satisfy. Michael Kamen did the underscore, and Robert Young directed. 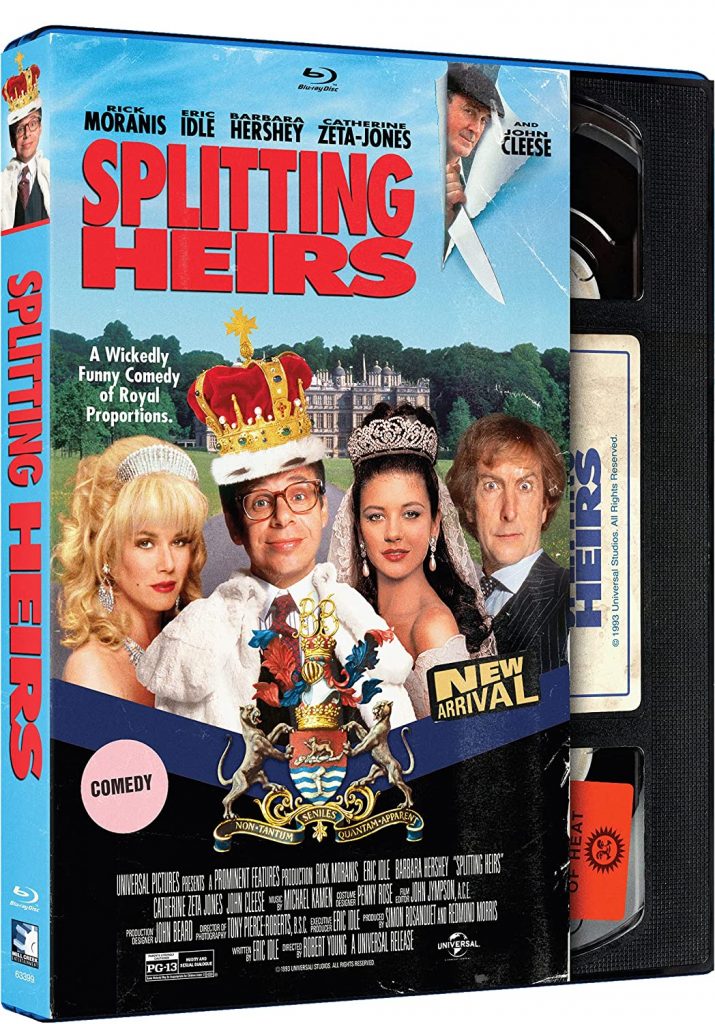