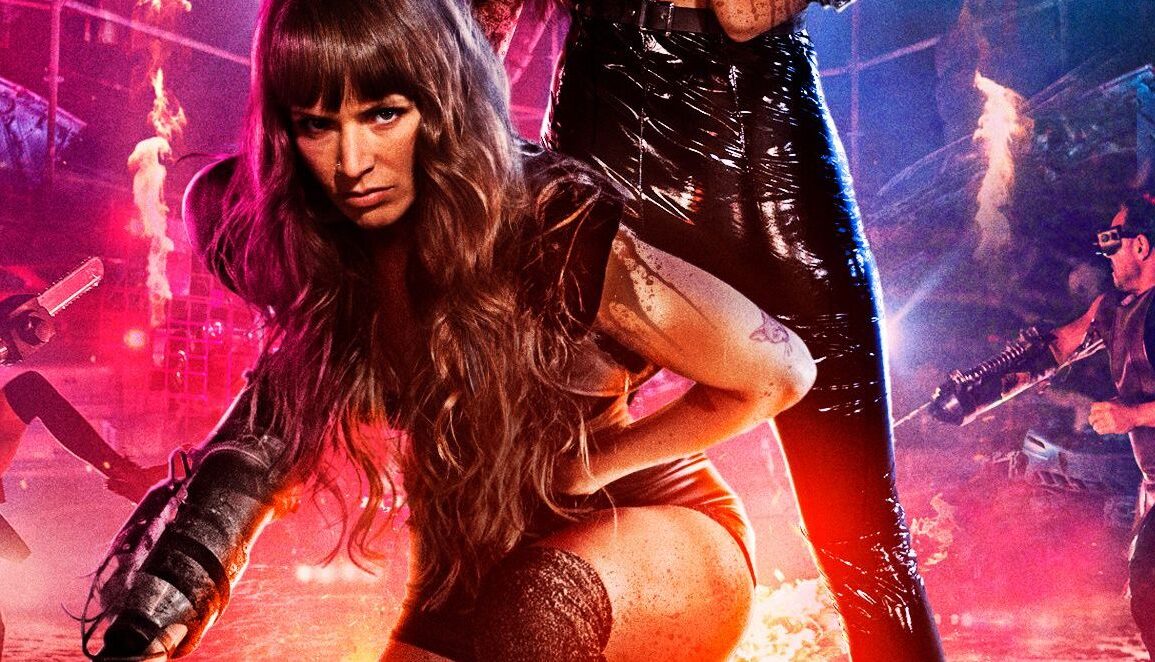 Some great cover artwork and a fun-seeming concept deceives what ends up being a slog through a ridiculous script, unappealing characters and uninspiring fight choreography.

An all-girl punk band gets waylaid at a junkyard run by cultists who modify their bodies and force them to fight gladiatorial matches.

Ms. 45, an all-girl punk band, plays a gig at a rough dive bar in the middle of nowhere, and on their way out they have some car trouble. They call for a tow and end up in a sprawling junkyard in the middle of the night. Ushered into a dank room, they get locked in, knocked out with gas fumes, and wake up … but each one of them is missing a limb or extremity, which have been replaced with some kind of snap on weapon such as an axe, a drill, or a blade. Their rude awakening gets worse when they realize that they’ve been inducted into a cult-run gladiator match and are forced to fight for their lives in blood matches using their new saw/blade/drill weapons. Prisoners in a bizarre cult compound, the girls must try to stay alive and find a way to fight their captors … or die trying.

Some great cover artwork and a fun-seeming concept deceives what ends up being a slog through a ridiculous script, unappealing characters and uninspiring fight choreography. Spare Parts is truly one of the more disappointing movies I’ve seen in awhile. Most of the ingredients are in place to have inspired a really snappy, trippy cult film, but what’s missing is a sense of time and place and a great script. If this had been set in a dystopean, apocalyptic world, it would be exponentially more entertaining. But since it’s set in the present day, it just seems absurd and bone-headed. The actresses in the four lead roles are fit and ready to fight (some of them are stunt performers), but the movie just lets them down in a major way. From director Andrew Thomas Hunt.

RLJE is releasing Spare Parts onto Blu-ray and DVD (and digitally) on June 1st. Special features on the disc include a commentary from the director and cast, interviews, fight training, and a photo gallery. 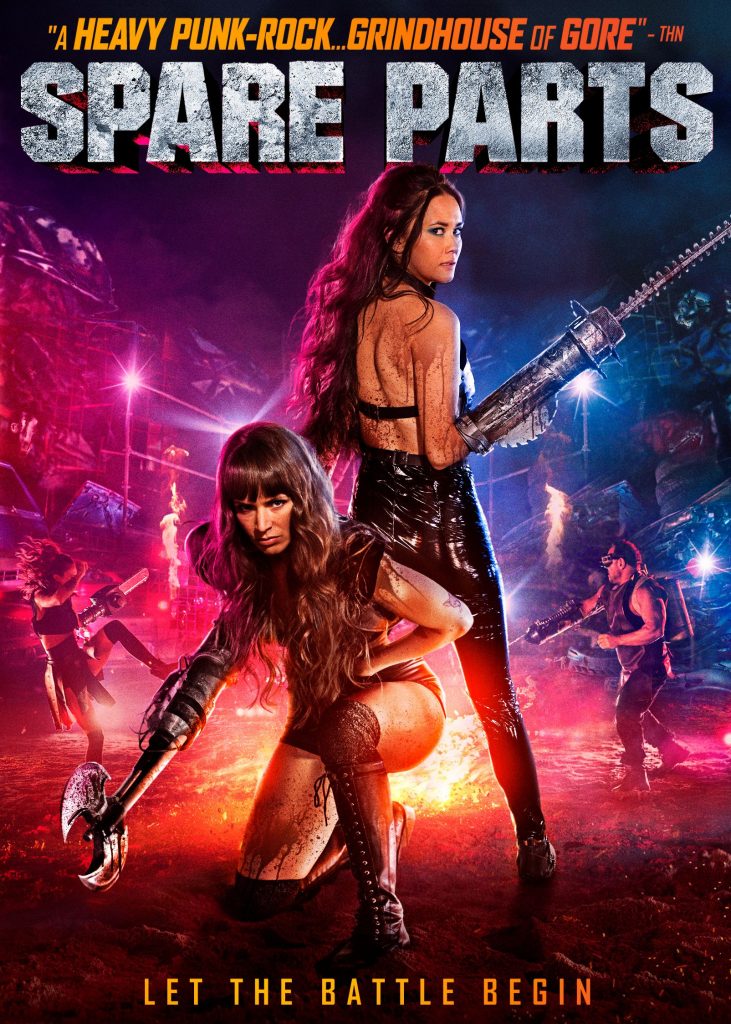