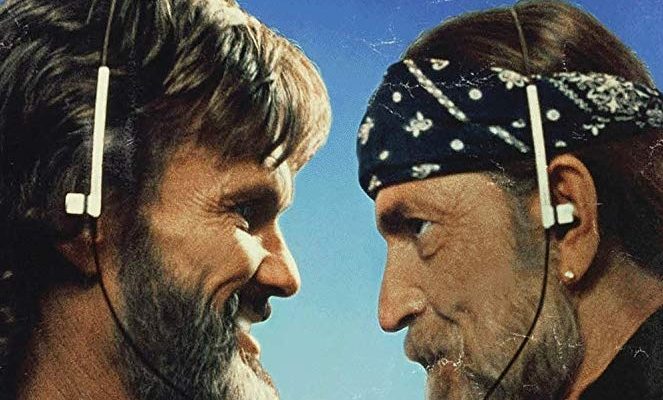 Songwriter is a blip on the ’80s movie radar, but there’s a great sense of time and place all throughout. That’s its biggest selling point, as far as I’m concerned.

Plot: Doc Jenkins is a singer/songwriter who tries to leave his singer/songwriter roots to be a music “mogul”, and gets tangled up in a bad publishing deal. He enlists a team of cronies, including a young singer and his former singing partner, Blackie Buck, and together they execute his plan to get out of the deal.

Review: Country and western stars Doc Jenkins (Willie Nelson) and Blackie Buck (Kris Kristofferson) make a living going from honkey tonk to honkey tonk, but it’s always an uphill struggle to make ends meet. Doc loves spending his money on bad business deals, but he’s a dreamer and has no idea how to manage his money, so that’s his way. Blackie is a little wiser with his funds, and gets the idea to write songs under a pseudonym, but first he has to find a new singer to join him in what could be a great business deal. He finds a sultry singer (Lesley Ann Warren) who is an immediate hit, and he gets Doc in on the deal too, but they have to contend with their scuzzy managers who pilfer their funds and get them involved in shady deals. Meanwhile, Doc is going through his second or third divorce and is always falling back in love with his ex-wives, so it helps to have a stable partner like Blackie on his team.

A snapshot drama of the country and western world of the early-mid 1980s, which is a world I sort of feel comfortable in, but not necessarily a fan of. I’ve never really been into Willie Nelson or Kris Kristofferson, but I am a huge fan of this film’s director Alan Rudolph, who might very well be one of my all-time favorite filmmakers. His work here is very “invisible,” so to speak. He feels like a director for hire here, and his signature style is mostly absent. Songwriter is a blip on the ’80s movie radar, but there’s a great sense of time and place all throughout. That’s its biggest selling point, as far as I’m concerned.

Mill Creek’s new Blu-ray of this title doesn’t come with any special features, but the high definition transfer is adequate, and it comes packaged in a retro VHS-style wrap. 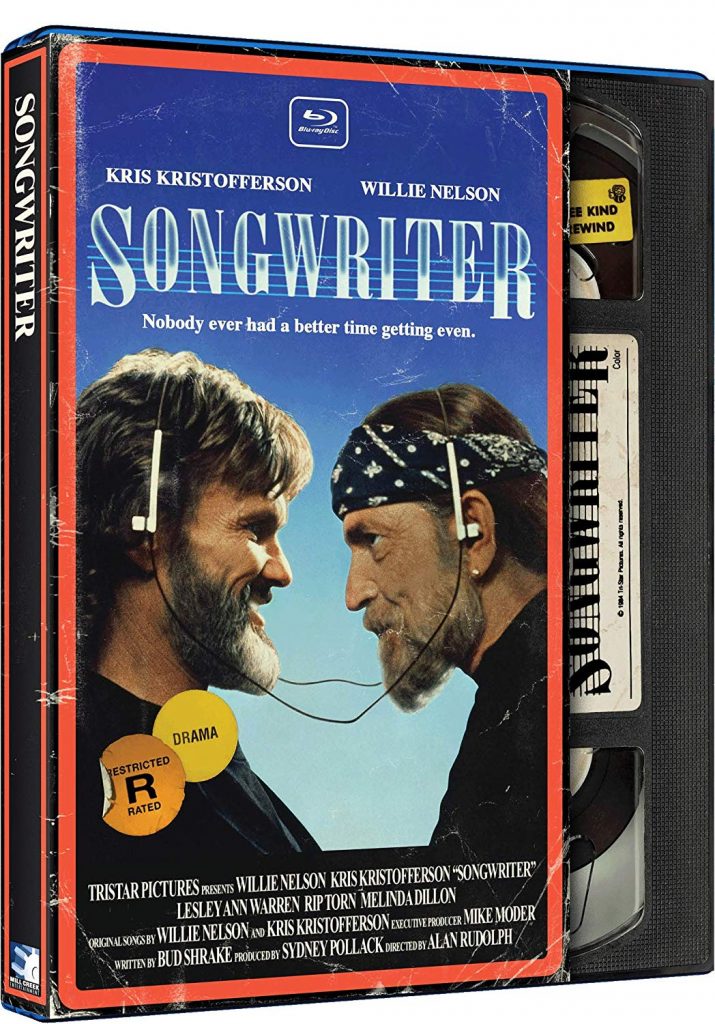