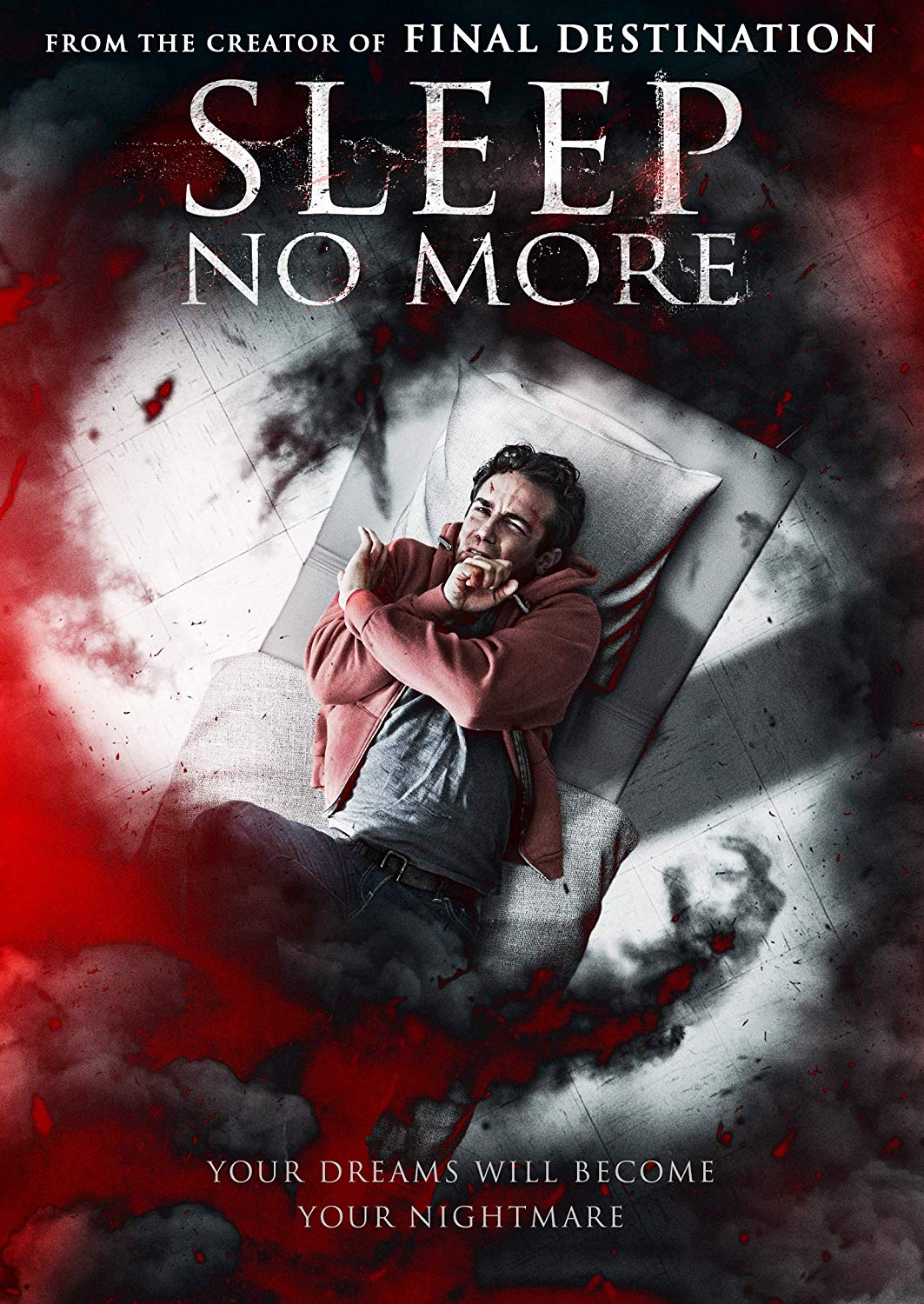 Sleep No More is in the vein of horror films like Flatliners, Pathology, and Anatomy where the scientists take it upon themselves to become the lab rats for their own experiments, resulting in terror.

Plot: A group of graduate students conduct a sleep deprivation study in the 80s, but something goes terribly wrong with a test subject. After their department is shut down, the team moves forward in secret – only this time on themselves.

Review: Intending to change the world by eliminating sleep from the human experience, a team of ambitious grad students take a drug they create that is supposed to keep sleep at bay indefinitely. The end goal is to create a drug that works so that humanity can be more productive, producing more time for people to create cures and end poverty, etc. In theory, it sounds pretty good, if naive, but these young scientists think they can do it. They lock themselves in a facility, perform experiments on each other, and jump in the wide-eyed deep end of their trial. After 90 hours of no sleep, they begin to share a collective fear as a ghost-like specter appears from the walls and haunts them. For some, they experience the horrifying vision as a taunting itch to kill themselves, and for others it’s something deeper and more meaningful, like a piece of dreadful memory, conjuring up regret and helplessness. Clearly, this group of friends is in for a waking nightmare, which they cannot escape from.

Sleep No More is in the vein of horror films like Flatliners, Pathology, and Anatomy where the scientists take it upon themselves to become the lab rats for their own experiments, resulting in terror. These folks mess with nature and get the horns. It’s interesting that this film is set in the ’80s: The soundtrack and some of the costume styles are appropriate, but some of the dialogue sounds inappropriately modern. I sort of enjoyed this one, despite being shot digitally and with some missteps. It’s not particularly scary, but if you liked any of the films I mentioned earlier, then Sleep No More should be your cup of tea. From director Phillip Guzman.

SLEEP NO MORE is now on DVD from RLJE Films.