For the good of mankind, I recommend skipping this one at almost any cost. Watch Sharknado instead.

In the tradition of chaos, youthful hubris, and access to too much technology, Sky Sharks from co-writer / producer / editor / and director Marc Fehse is a painful reminder that just because you can do it doesn’t mean you should do it. In a future where a corporate giant with a chairman who injects himself with his company’s own super serum to stay full of vitality and wrinkle-free, there also happens to be a long-lost iron zeppelin full of thousands (millions?) of zombiefied Nazi soldiers from World War II and genetically modified and bio-enhanced flying sharks in it that’s been floating around the arctic for more than half a century. For whatever reason, the zeppelin pokes its ugly head out into the world and unleashes its zombie army and flying sharks, killing anything and everything in its path, including commercial airliners full of innocents, including children and couples having sex in the toilets. These zombie Nazis have a variety of ways to kill people, too: they’ve got flamethrowers, submachine guns, knives, missiles, sharks, and creative ways to behead and / or dismember people sitting in their chairs, thanks to metal cords they use (think the beginning of Ghost Ship). They make a mess wherever they go, but for what purpose? World domination? They don’t have any demands. Genocide? They kill anybody. What’s the deal here? It doesn’t matter because the corporate honcho who injects himself with blue super juice has a plan: He has two combat chicks (one of whom is slowly turning into a zombie Nazi, but whatever) on his payroll, and he sends them out to stop the iron zeppelin from conquering the globe. What’s the agenda? Kung fu! Explosions! Swords! Lasers too, probably, but I can’t remember! The world reacts with terror as the sky war begins between the sky shark horde / zombie Nazis and the two combat babes! Who will win? Why is this movie so awful because it should’ve been awesome!

I don’t know, guys. Clearly, Marc Fehse thought he was doing something totally beyond radical. The movie has sharks that fly, zombie Nazis, lots of nudity (full frontal and even more stuff you rarely see in movies these days), and a constant stream of synth wave music on the soundtrack, but watching this movie is like watching a grown up child play with all his toys but somehow the experience feels rotten and gross. Fehse fills the movie with recognizable actors like Tony Todd, Cary Hiroyuki Tagawa, Amanda Bearse, Lynn Lowry, and more, but he’s obviously got a misogynistic bent, as well as being completely inept at trying to cobble together scenes that have a reason to be there. The violence is extremely graphic and in-your-face with gore and gags that are supposed to be funny, but instead the whole thing comes across as immature, nasty, and gratuitous for the sake of it. It’s too long as well at nearly a full two hours, and so for the good of mankind, I recommend skipping this one at almost any cost. Watch Sharknado instead.

The Blu- ray of Sky Sharks is out now from MPI. A trailer is included. 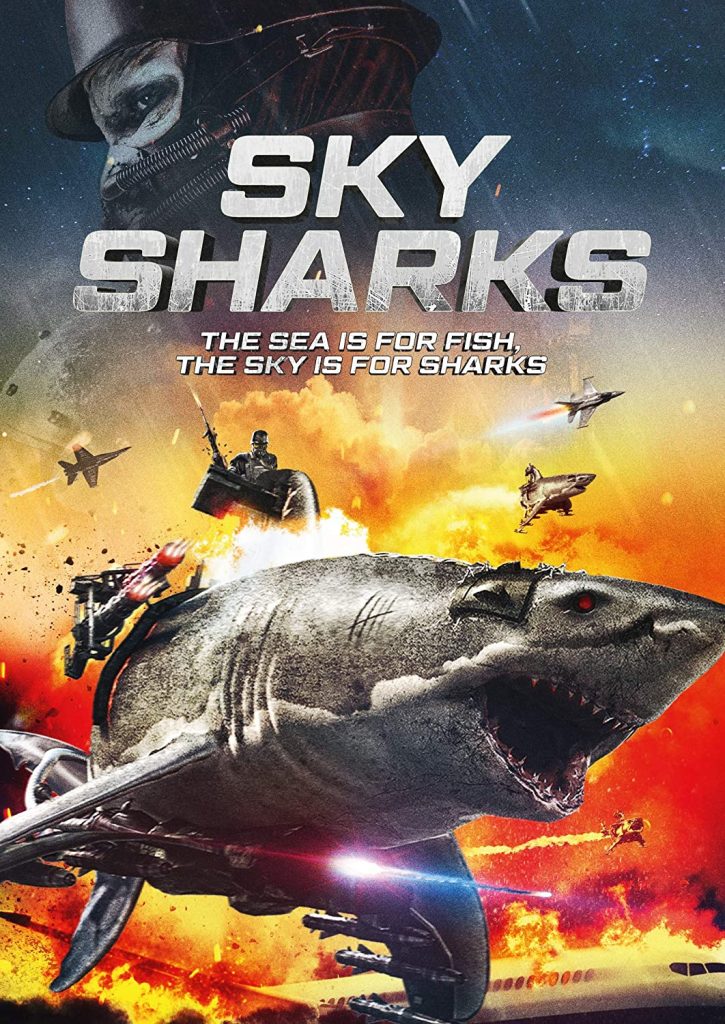