If you have any love for the latter-era Police Academy flicks, then this might be a good fit for you.

A ski troop is at war with a real estate developer.

The Snowy Peak Lodge is where it’s at: A beloved old timer everyone calls Pops (Ray Walston) has been fielding high priced offers for his property, and the pushy real estate developer (played by Martin Mull) won’t take no for an answer, and so he hires a sniveling, unlikable blowhard named Lance (Corbin Timbrook) to undermine Pops and his buddies by any means necessary. Pops has a whole crew of ski bros and babes on his side: There’s the leader Jerry (Roger Rose), the impersonator Iceman (T.K. Carter), the ladies man Stanley (future power filmmaker Paul Feig), the dad Eddie (George Lopez in his debut), and the two babes Tiana (Tess Foltyn) and Ellen (Yvette Nipar), who is the daughter of Pops and who has eyes for Jerry. When Pops and his misfit team are forced to do a ski race to prove their mettle against the shady developer’s team, the game is set for plenty of hijinks and close calls.

A “PG”-rated riff on all the Police Academy movies, which had already wound down pretty hard at this point after six entries, Ski Patrol is the same sort of thing, but without any edge or bite. The jokes are weak, but the ski sequences are fun (enough), and only every once in awhile does the comedy work. The script is so loose and the plot so pedestrian that it’s a wonder they tried to do this at all. It’s from the same group that did Police Academy, but unlike the first one of those movies (which was “R” rated), this one thinks its audience is kids. It should be for teens and adults, but without any of the fun stuff that raunchy comedies thrive on, the movie dips at the slope. I give it points for its innocent approach, though, and if you have any love for the latter-era Police Academy flicks, then this might be a good fit for you.

MVD Rewind has just released Ski Patrol on Blu-ray, and it comes in widescreen high definition for the very first time. There’s a fold out poster in the case as a bonus, as well as the trailer and reversible artwork. 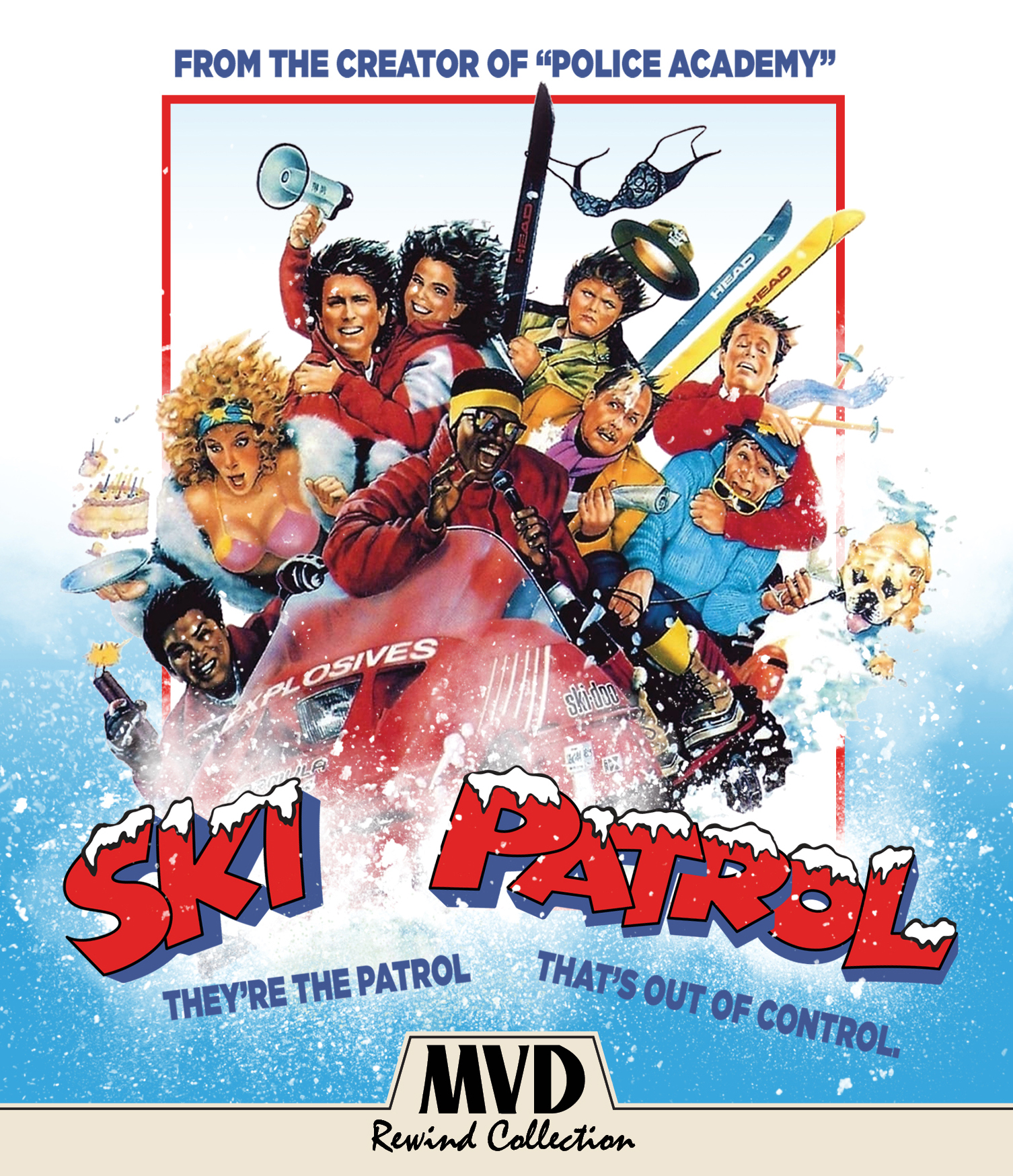