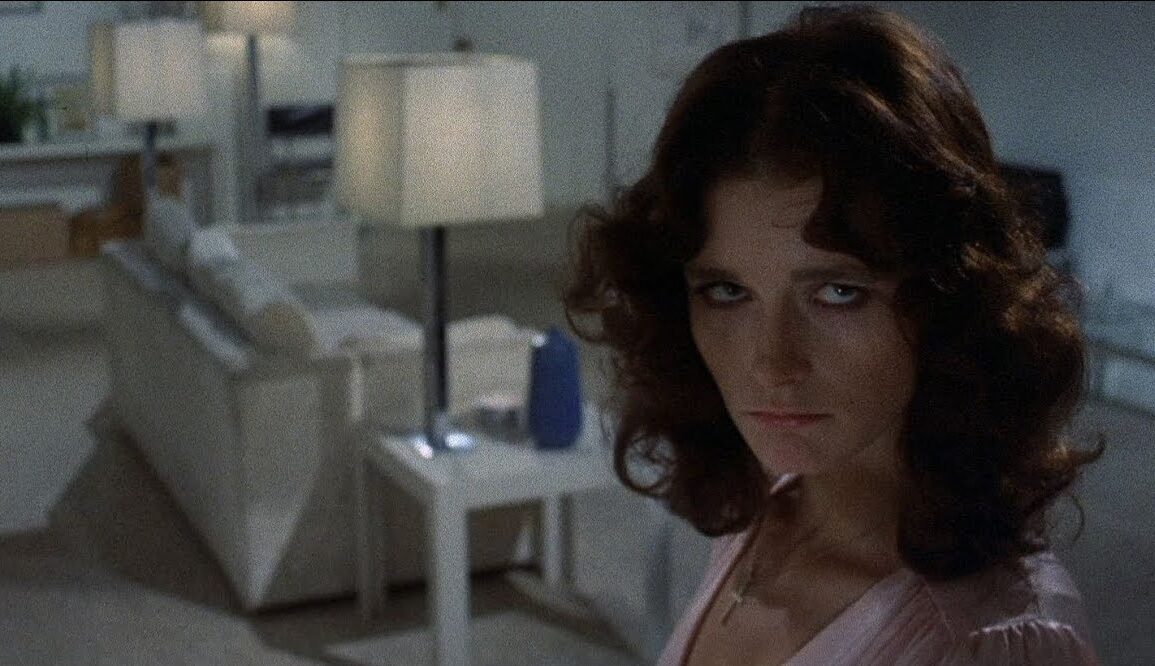 Sisters does an excellent job of harkening back to Hitchcock’s film and features interesting and stylistic visuals and an energetic score by Bernard Hermann.

Story: I have read somewhere that Brian De Palma’s work was heavily influenced by Alfred Hitchcock (which I suppose is a bit of a generic statement; Hitchcock was one of the greatest filmmakers of all time, so I am sure that quite a few filmmakers were influenced by the rotund master). If you agree with that statement, then the evidence you have to point to is Sisters – when you watch it, it looks and feels like something that Hitch would lense.

The story is alright if a little predictable. You can pretty much tell who will be murdered, when they’re going to die and who exactly is behind it all. A random pseudo-conversation between the reporter character and her mother reveals precisely where the story is going; that doesn’t mean the story is bad or anything, but if you’re watching this film to be surprised, let me forewarn you that won’t happen.

Instead, I would recommend checking this movie out for the style. Like I said, De Palma seemed to be channelling his inner Hitchcock with this movie, and his choices show that. There’s a lot of scenes of people looking out windows (Rear Window, anyone?). There are scenes where characters are talking directly to the camera, weird angles where characters seem to be walking into the camera, long tracking shots, split screens, black and white scenes, it seems that every single trick De Palma could think of to shoot the narrative, he did.

This is accompanied by the very energetic score by Bernard Hermann. Hermann wrote seven scores for Hitchcock’s films, including the famous Psycho track. It literally feels like De Palma told Hermann, “Write me a score like you would Hitchcock,” as I swear it sounds like it was lifted directly from Psycho or maybe Vertigo – a lot of sharp and loud notes, it seems at times that the score is going to overpower the action as you watch it on screen. That was probably on purpose and was meant to mirror the helplessness of the characters in the film.

Speaking of the characters, they are okay. It was weird seeing Margot Kidder admit her French-Canadian roots in the movie, playing a model from Quebec (which is where she was born in real life). She doesn’t get enough time in the film, but she does the best with what she’s given, and her role is relatively juicy as far as thrills go. Jennifer Salt is somewhat annoying as the reporter, overplaying her pushiness and seeming to go hysterical when she’s supposed to be exhibiting frustration. If De Palma spent as much time in the character work as he did the visual style and tricks, then he may have gotten a better performance out of her. The rest of the cast is non-descript, except for Charles Dunning, who is oddly charming as an eccentric private detective.

While it may sound like I didn’t care for Sisters, I actually liked it quite a bit. I’m a big fan of Hitchcock, and while I don’t think you can replicate Hitch’s work, I found this movie to be a very endearing homage to his best pictures. If you happen to enjoy his work as well, I recommend checking this one out; I don’t think you’ll be disappointed.