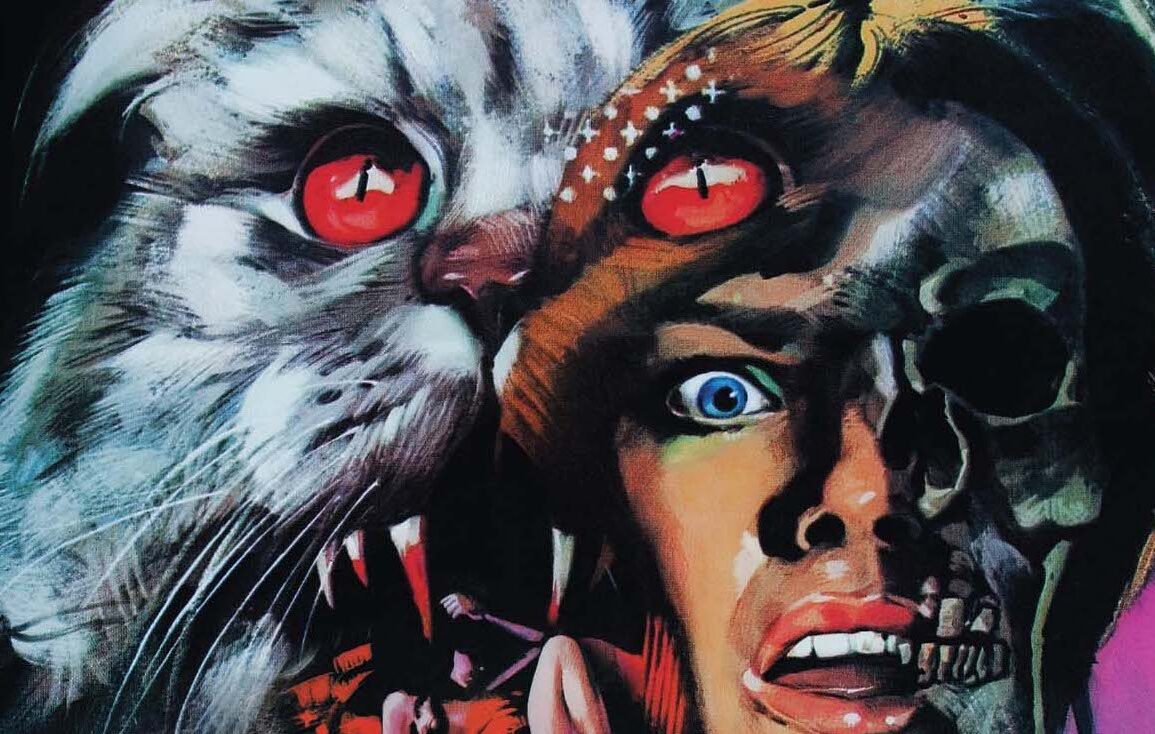 A deliberately paced whodunnit / giallo gothic thriller, Seven Deaths in the Cat’s Eye loses a little momentum as it goes along, but it’s a comfortable set-in-one-location murder mystery with some style.

A young student studying at a Catholic school stays with her mother at a Scottish castle full of strange curses and hedonistic roomies.

Corringa (Jane Birkin) is a young, impressionable student fresh from a stint at a stiff Catholic school that is trying to turn her into a nun, and she goes on holiday to stay with her mother at a sprawling Scottish castle lorded over by a hyper sexualized young man named MacGrieff (Hiram Keller) who behaves like a vampire and obviously has tons of dirty secrets lurking behind every door in the castle. MacGrieff has a number of guests staying over when Corringa and her mother are visiting, and guests include a doctor, a nympho slut (and model for the lord’s sexy paintings), a priest, a strange feline, and others. We already know that there’s a corpse rotting in the basement dungeon and has been festering as a fleshy, bloody feast for the rats and bats within, but what we don’t know or understand yet is why there’s a gorilla walking around the halls at night, or whether or not the servants in the castle are harboring a killer (or are killers themselves) when the lord’s guests start turning up dead. The first victim (other than the poor guy in the dungeon) is Corringa’s mother, and when MacGrief agrees to host a funeral for Corringa in honor of her deceased mother, police detectives get involved and start asking questions. Soon, other guests are killed, and Corringa begins to discover that MacGrieff is a little insane and deranged and has made a pet out of a circus gorilla, but it’s not the gorilla everyone needs to worry about … it’s the castle’s pet cat who always seems to be around when the bodies pile up.

A deliberately paced whodunnit / giallo gothic thriller, Seven Deaths in the Cat’s Eye loses a little momentum as it goes along, but it’s a comfortable set-in-one-location murder mystery with some style. Antonio Margheriti directed it (as Anthony Dawson), and Riz Ortolani did the score, so anyone familiar with those two maestros will know that they’re in for some comfort food if you’re a fan of the genre. It doesn’t reinvent the wheel, but it keeps it spinning (slowly).

Twilight Time’s recent Blu-ray edition release of Seven Deaths in the Cat’s Eye presents the film in a nice high definition transfer, and includes a running commentary by giallo expert Troy Howarth, plus trailers and an insert booklet about the making of the film. This is a limited edition. 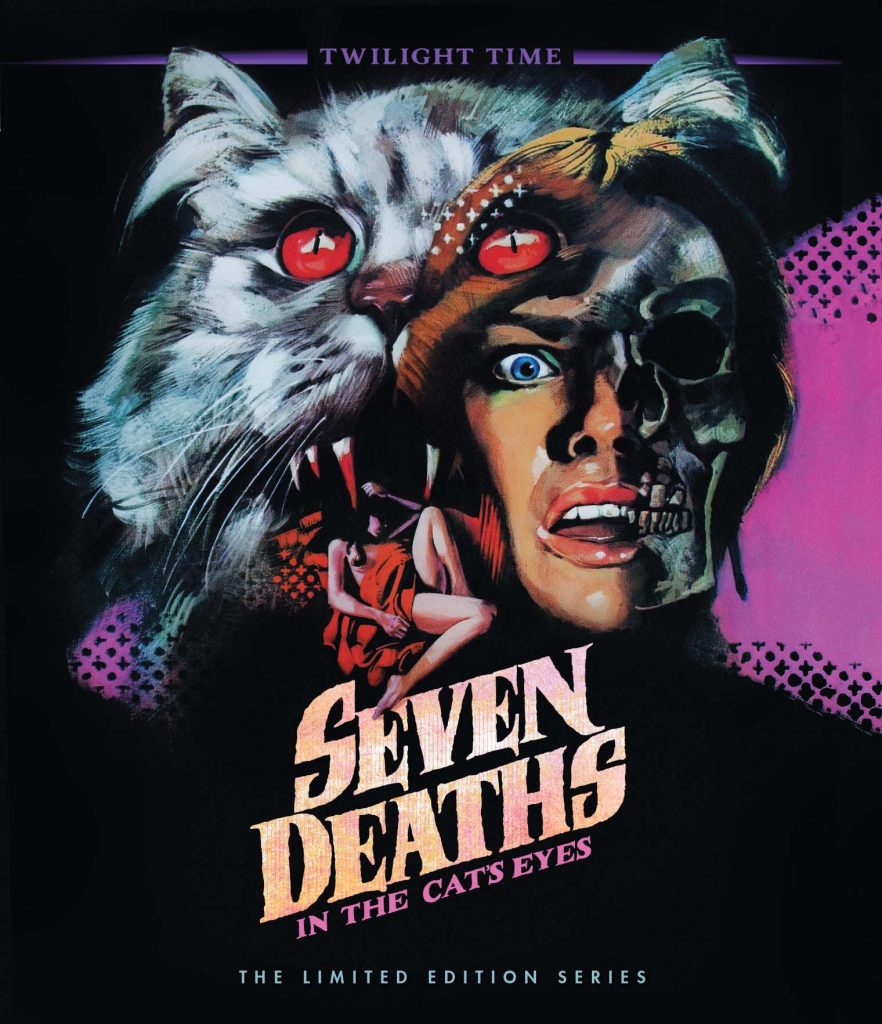