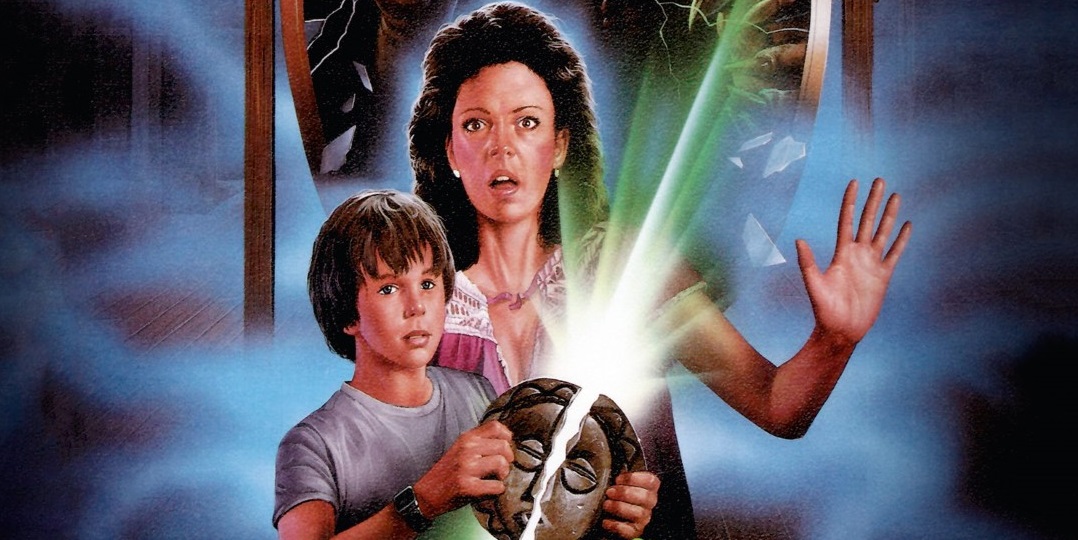 Plot: Strange visions come to haunt a singer when she, her son, and her psychiatrist-turned-boyfriend move into an old colonial house that is haunted by the ghost of a ruthless slave owner.

Review: Kate (Mary Page Keller), a single mom whose singing career is on the rise, and her son and boyfriend (Andrew Stevens) move in together into a big house with some … history. Almost right away, Kate begins having haunting dreams and visions that suggest that the home was once owned by a plantation and slave owner more than a hundred years ago. When digging through the attic, she finds some old bones – that of the slave owner’s wife and child, which does not bode well. Soon, her boyfriend begins exhibiting startling behavior, as the spirit of the murdering slave owner possesses him, but she quickly surmises that an ancient artifact with some magical power is the only thing that can break the curse and save her and her son. She and her son will have to find the talisman before her possessed boyfriend kills them.

Scared Stiff is a quirky little horror film with some unusual ideas. On the surface, it’s just a standard issue possession film, but there are some racial subtexts (which I’m still trying to unbox) here that are buried deeper. The gore and creature effects aren’t too shabby: In one scene, a side character unzips his forehead, much like someone in a Clive Barker movie would, and there are some other eye-opening scare scenes. The kid actor who plays the imperiled child in the film genuinely looks mortified and scared stiff, as it were, in several scenes. The movie doesn’t break new ground, but it’s good enough for me, and so it’s good enough for you too. Mark Frost, who wrote much of Twin Peaks and Storyville wrote the script. This was directed by Richard Friedman.

Arrow Video’s new Blu-ray of Scared Stiff is presented in a 2K restoration from the original film elements. A new audio commentary with the director is included, as well as “The Making of Scared Stiff,” new interviews, trailers, and an image gallery.