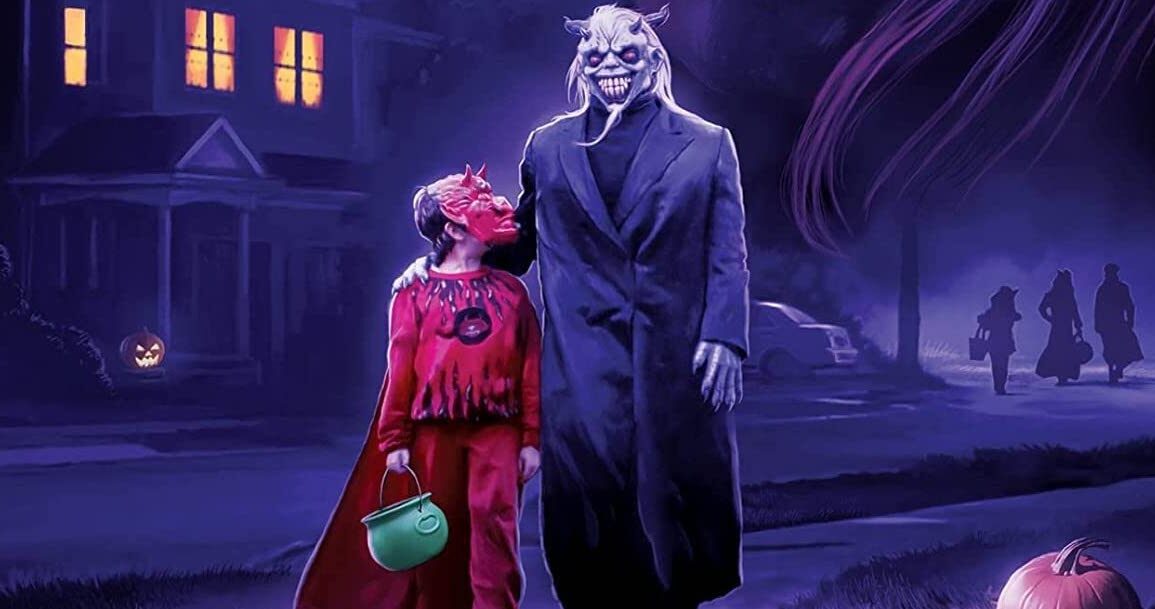 A disturbing, but still somehow incredibly amusing lark of a horror film, Satan’s Little Helper from writer / director Jeff Lieberman is one of the more appealing direct-to-video entries of the early 2000’s.

It’s Halloween, and it’s an important day for young Douglas Whooly (a remarkable Alexander Brickel) who is already decked out early in the day with his handmade Satan costume. He’s got one mission: Find Satan and be his “little helper” all day long, just like he is when he plays a handheld videogame where he does as many evil deeds as possible, sending innocent bystanders “straight to hell.” Douglas’s mom (played by Amanda Plummer) is gleefully oblivious and self absorbed in the festivities of the day, and when her college-aged daughter Jenna (Katheryn Winnick) shows up with a new boyfriend (played by Stephen Graham) to help Douglas go trick or treating, the event is greeted by Douglas with distinct distaste, as he sees Jenna’s beau as an interloper who will interfere with the purity of the evening’s big plans. When young Douglas sees a man dressed in a scary devil’s mask out in the neighborhood doing dastardly things (he thinks it’s all a game), he ingratiates himself to the silent killer, who is only too eager to take on Douglas as a “helper.” When Douglas brings the man home, his mom and sister think it’s Jenna’s boyfriend all dressed up, but the horrifying truth is that the killer has seamlessly taken on the other man’s identity without saying a word and with the little boy’s gleeful encouragement will be allowed to continue his reign of terror in the neighborhood. As the night progresses, so too does a mounting level of chaos reach a zenith, thanks to the man young Douglas cherishes as Satan, but there are also a group of insane arsonists and killers who recently escaped captivity also wreaking havoc in the area. This Halloween, all bets are off as Satan’s Little Helper goes the extra mile to send innocent folks “straight to hell!”

A disturbing, but still somehow incredibly amusing lark of a horror film, Satan’s Little Helper from writer / director Jeff Lieberman is one of the more appealing direct-to-video entries of the early 2000’s. While it was shot on video in less than stellar digital grain, it still has a sense of cinematic narrative, with good performances, tricky character development, and surprising twists that keep the movie fresh and original. It retains a real festive air with an autumnal flavor, and it’s pretty gory and shocking as well. I remember catching this on DVD at least 15 years ago, and it’s aged remarkably well, so fans of the genre should most certainly take note.

Synapse has just brought Satan’s Little Helper to Blu-ray in high definition, and while the transfer is about as good as can be expected, there’s still some digital color blending and blurring in some scenes. The film was shot digitally, so this not surprising, but it’s certainly an upgrade from the Screen Media DVD, which I can now retire. Special features include a commentary by Lieberman, a behind the scenes feature, a making-of feature, a trailer, and a location featurette. 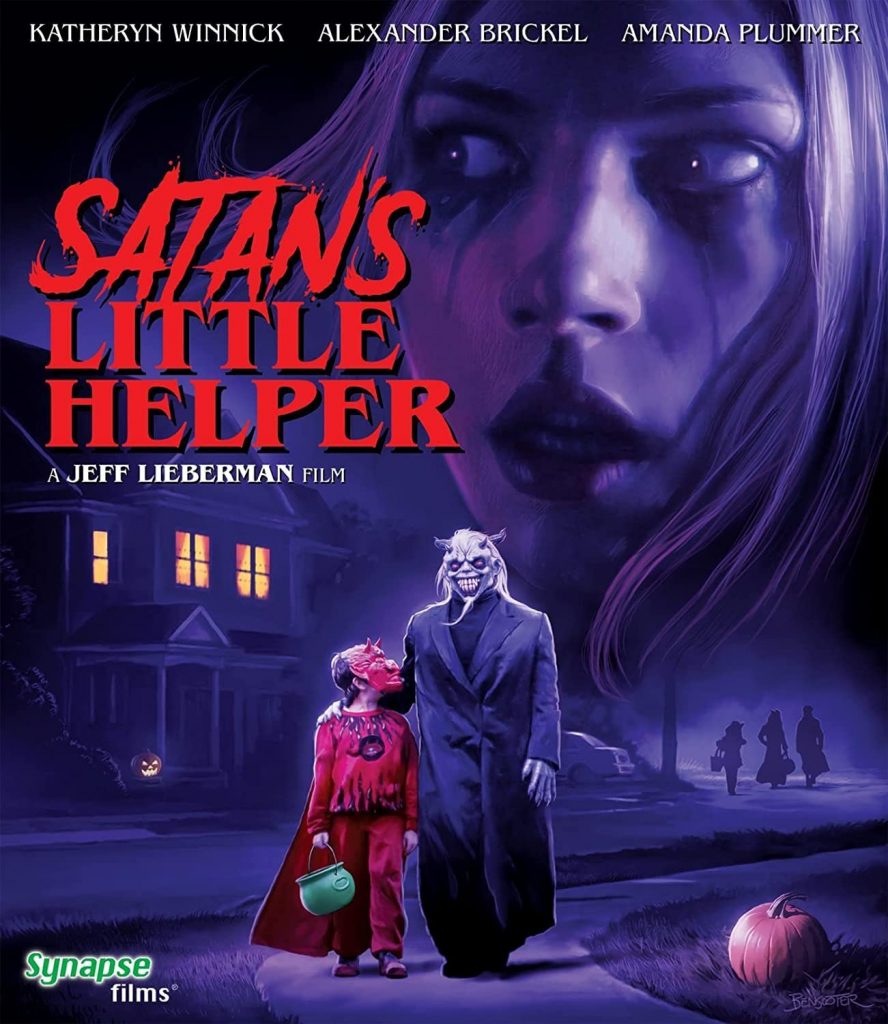