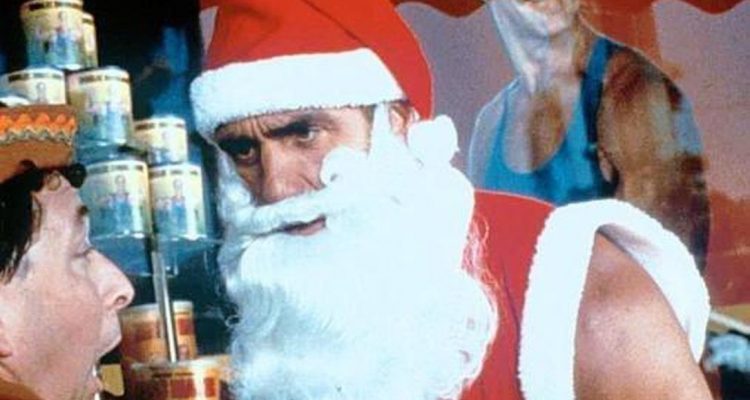 This Hallmark Channel-esque holiday movie tries to be 3 Ninjas, Home Alone, and Suburban Commando all at once, with a kid-friendly Hogan acting kinda goofy and running around in a Santa suit through most it.

Plot: An evil millionaire believes he is Santa Claus after an accident renders him amnesiac.

Review: A health guru with a slant of militaristic nuttiness named Blake (Terry “Hulk” Hogan) is playing a paintball game with some associates when he upsets some policemen, leading them on a high speed chase. Once on foot, he escapes into a shopping mall and ends up falling and hitting his head hard enough that when he wakes up in a Santa suit, he believes he’s the real Santa. With the encouragement of a crook dressed as an elf, he sits down on Santa’s throne in the middle of the mall while the crook tries to use his ATM card to clean out his account. Since this is just a few days before Christmas, Blake gets to deal with the crowd of children who sit on his lap, listening to their wishes. In those moments, a couple of thugs cause a ruckus in the mall, and he steps up and saves the day, turning himself into an urban hero Santa Claus. A media sensation, he goes off really thinking he’s the real thing, and he stops by an orphanage, where only a few kids and their social worker remain after all the other kids have been adopted. Soon Blake realizes that the land the orphanage is sitting on is very valuable: in the caverns below the building there lies a cache of rare gemstones that can perpetuate energy, which is why a megalomaniacal scientist (played by Ed Begley Jr.) in the neighborhood has begun harassing the occupants of the orphanage, and exactly why Blake embraces his inner Santa to protect the innocent and bring joy to everyone he meets.

Basically, this Hallmark Channel-esque holiday movie tries to be 3 Ninjas, Home Alone, and Suburban Commando all at once, with a kid-friendly Hogan acting kinda goofy and running around in a Santa suit through most it. That said, it’s not very festive, with some strong PG violence involving bazookas, shooting, fistfights and smack downs, but it’s pretty harmless. Hogan was almost good at this sort of thing by this point in his career as an action guy. Look for a young Mila Kunis is a small role as one of the cute kids at the orphanage. Directed by John Murlowski, who did Automatic with Olivier Gruner.

Mill Creek’s timely release of Santa With Muscles arrives on Blu-ray just in time to cash in on a Christmas theme. Though it doesn’t feature any new supplements, it does include a digital copy as well as the disc. 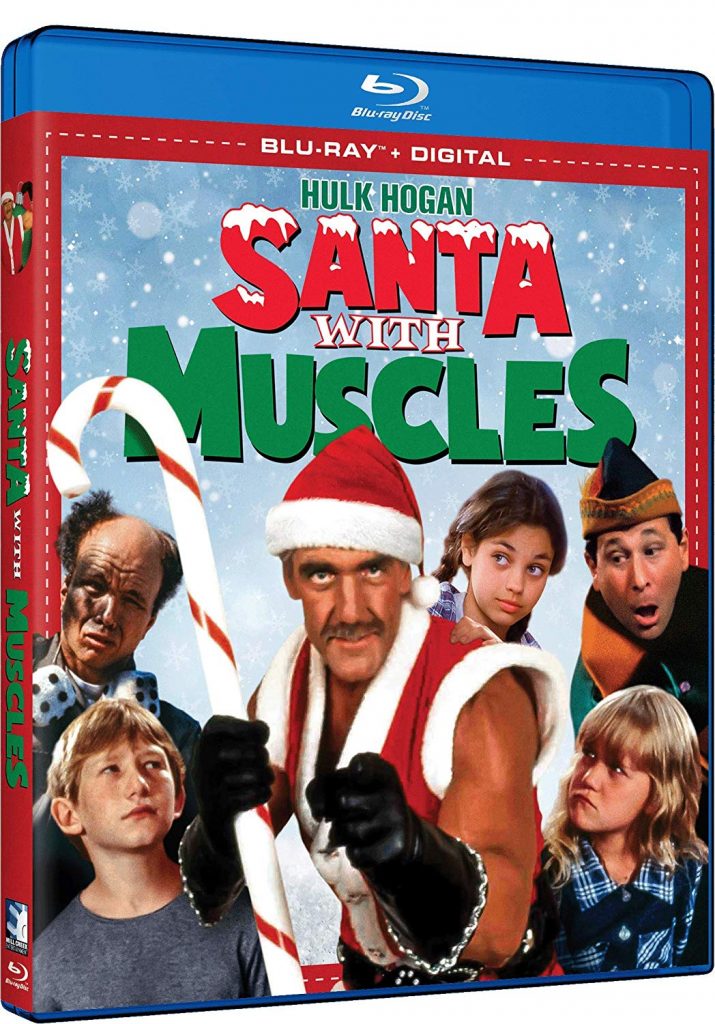