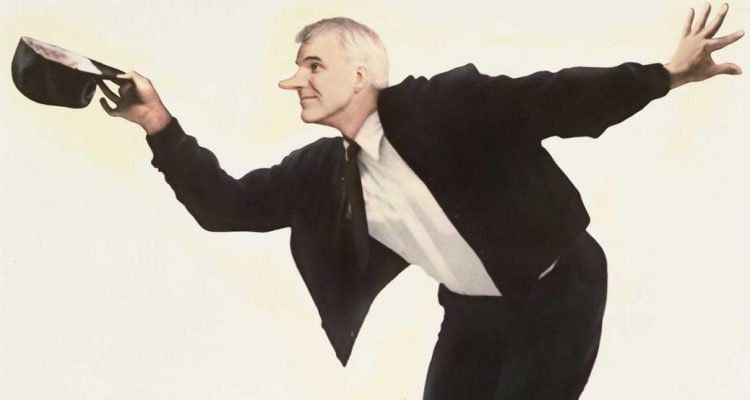 Roxanne is a winner with Steve Martin at the top of his game and this new Blu-ray is a must-have for fans.

Plot: The large-nosed C.D. Bales is in love with the beautiful Roxanne; she falls for his personality but another man’s looks.

Review: Cyrano de Bergerac got a fun ’80s upgrade when Steve Martin played the long-nosed hopeless romantic with panache C.D. Bales, the fire chief of a sleepy town who falls in love with a visiting beautiful woman named Roxanne (Daryl Hannah). A rocket scientist on holiday, Roxanne immediately captures his heart, but believing himself to be deformed, C.D. can’t manage to capture hers until he starts romancing her through a handsome dipstick firefighter named Chris (Rick Rossovich), whom she’s attracted to. Writing her letters and composing sweeping poetry and signing the letters “Chris,” C.D. sees a change in Roxanne as she swoons, but it becomes a problem when C.D. begins to ache as Chris takes his credit … and the woman he desperately loves. But this romantic comedy has a happy ending, and C.D. and Roxanne collide with destiny and find true love in each other.

I remember seeing this film theatrically in 1987, and as a kid I had a hard time understanding Steve Martin’s comedic style, but over time I’ve grown to appreciate it much more. He’s at the height of his powers and appeal here, and this might be one of his best, most career-defining performances. Hannah is appealing too, and thanks to a light touch by director Fred Schepisi, the film is a real winner. Some supporting work by co-stars John Kapelos, Michael J. Pollard, and Shelly Duvall elevate this cute romance.

Mill Creek’s new Blu-ray of Roxanne is bare bones, but offers the title in a VHS-themed package. I’ve owned this film on VHS, DVD, and now the set is complete with this Blu-ray. The picture quality and sound are more than adequate. 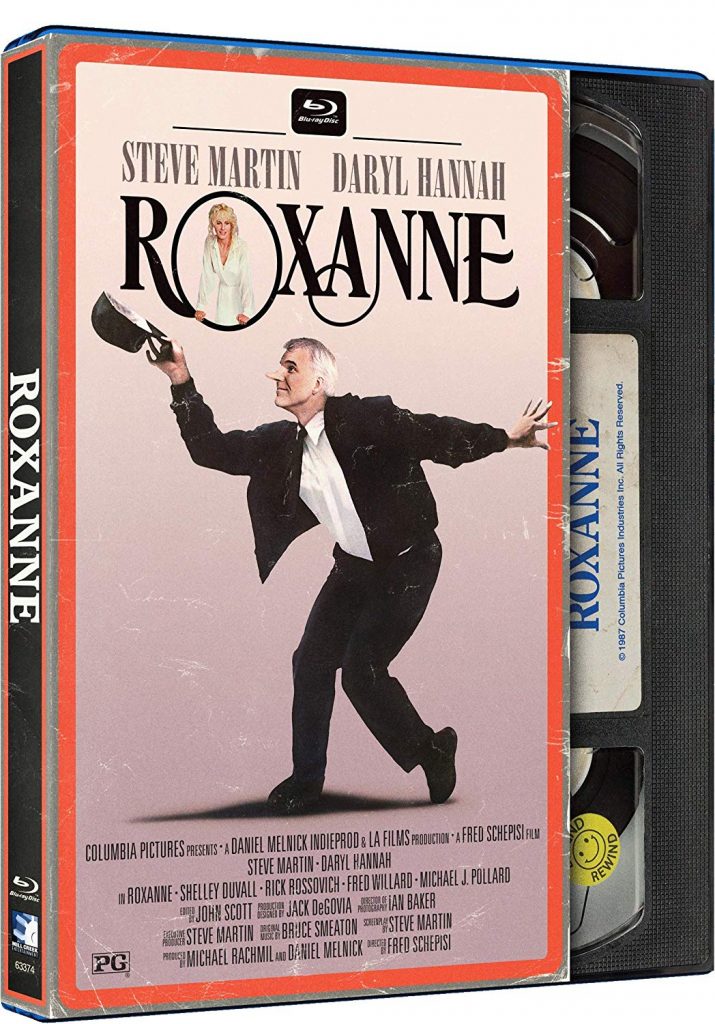