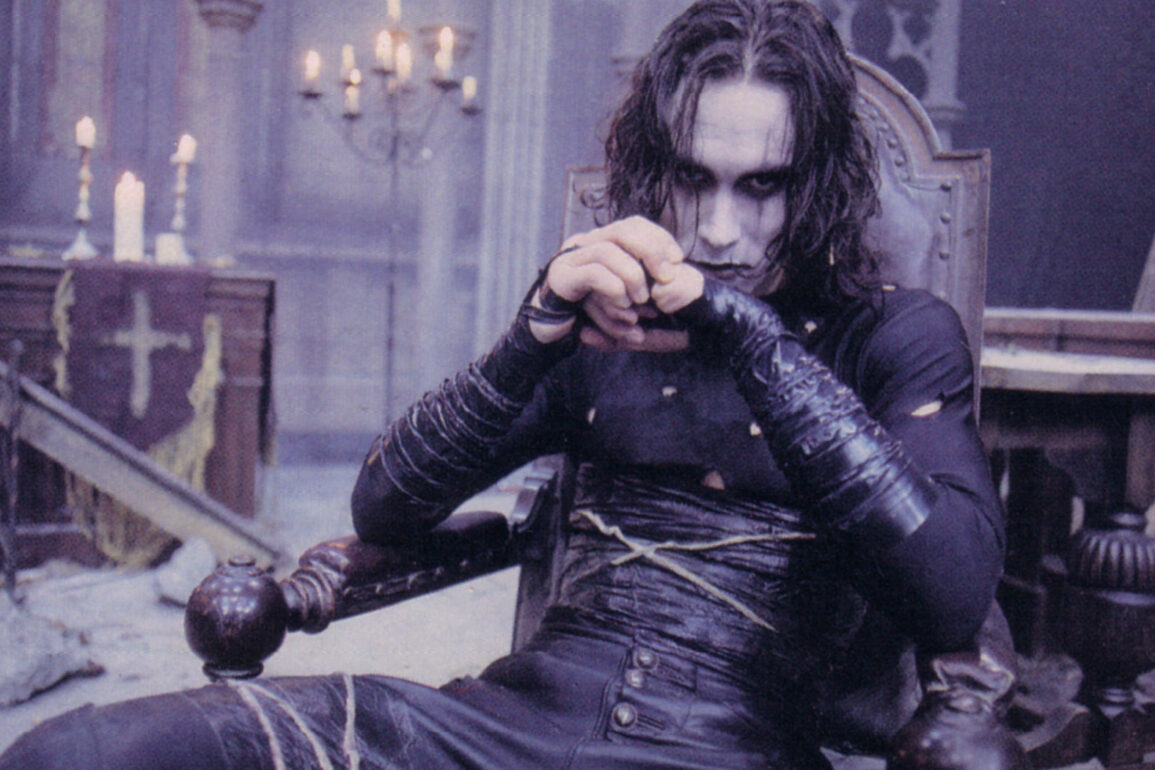 It’s hard believe that it’s been 20 years since The Crow hit theatres and the fact that people still talk about it to this day shows how iconic the movie is. It’s Devil’s Night tonight so I figure, what better time to pay tribute to a classic film?

I remember seeing The Crow twice in the theatre back in 2004 and being blown away by it as it wasn’t like anything I’d seen before. It’s still one of the best comic book adaptations of all time and the news of the reboot/remake/whatever is something nobody really wants to see. But this isn’t me whining about another reboot; I just want to talk about the original movie and what it means to me.

As everyone knows, Brandon Lee was tragically killed on the set and the movie had to be completed using doubles and digital trickery. What was so surreal is that Lee died while filming the scene where his character also dies. To complete the film, stunt double Chad Stahelski, who was a friend of Lee’s at Inosanto Academy, served as a stand-in. As you know now Chad directed the recent (and rather awesome) Keanu Reeves film John Wick.

Although casting a massive shadow on the film; Lee’s death also strangely gave the movie even more emotional depth. The story felt more real and it was like genuinely seeing him coming back to life after being taken too soon. The Crow has such a dark story and the true life tragedy behind it only intensifies it.

Lee really gave the performance of his all too brief career, making Eric Draven immediately likeable and sympathetic. The scenes between Eric and Shelley feel genuine and authentic and that’s purely due to the talent involved in the film. The bad guys, played by David Patrick Kelly and Michael Wincott are pure evil; they murder and rape people without remorse and are some of the scariest villains you’ll ever see.

The sumptuous Gothic visuals really create an atmosphere of a Hellish world in which there is no escape and The Crow remains director Alex Proyas’ masterpiece.

There is a rare workprint floating around which has some added footage like the scene below which features Michael Berryman as The Skull Cowboy.

Other scenes are detailed on the Worldwide DVD Forums from a user called Jack Craven:

The Crow has had several sequels starting with The Crow: City of Angels, The Crow: Salvation and The Crow: Wicked Prayer which were all pretty bad but I have to say that The Crow: Stairway to Heaven TV Series starring Mark Dacascos was pretty decent and his resemblance to Brandon Lee was uncanny. The show didn’t last long though and only had 1 season.

There has been talk of a remake for several years too with Bradley Cooper original rumoured to play Eric Draven.

Check out some of the concept art below:

The last we heard the reboot is going to start filming some time in 2015 with Luke Evans playing the role of Draven and it’s to be directed by Spanish filmmaker F. Javier Gutiérrez.

The Crow would have made Brandon Lee one of the biggest action stars in the business and I often wonder what kind of career he’d have had if he’d survived. Even after 20 years his legacy lives on and future generations will continue to enjoy the classic that is The Crow.