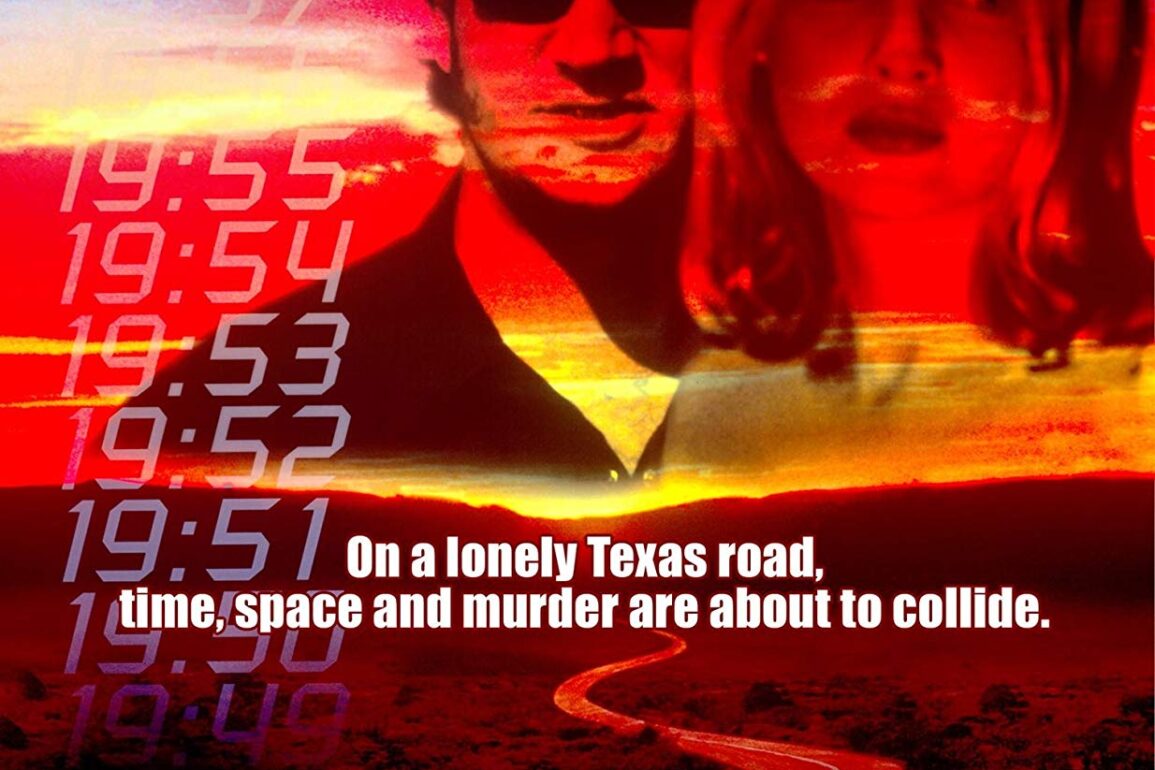 A really nifty little genre film with plenty of suspense and action, and it consistently surprised me and kept me on the edge of my seat.

Plot: A psychiatrist makes multiple trips through time to save a woman that was murdered by her brutal husband.

Review: A woman named Karen (Kylie Travis) has a near-accident on a deserted stretch of desert highway, and she hitches a ride with a crass man named Frank (James Belushi) and his dejected wife (Shannon Whirry). What Karen can’t possibly know is that this event will alter the course of her destiny. Frank is a petty criminal on the edge, and when Karen witnesses him murdering his wife over infidelity, Karen has to run for her life in the desert with Frank dogging her trail. She finds a secluded government facility with only a single inhabitant (Frank Whaley), who has been perfecting a time travel device, but the machine only works at 10 or 20-minute intervals. Karen accidentally enters the machine and travels back in time 20 minutes to find the events she’d just lived are repeating. She tries to avert the tragedy of the first round, but screws up and makes things even worse, with more collateral damage, and then the whole thing ends up the same way as before – with Frank trying to kill her again. She goes back to the facility and travels back in time again, but with even worse results as before. Karen must keep going back in time until she gets it right, but each time she goes back she unleashes more consequences, proving that time travel is a messy business.

A really nifty little genre film with plenty of suspense and action, and it consistently surprised me and kept me on the edge of my seat. It grows more implausible as it goes along, but I’ve gotta say that I really enjoyed the film, mainly because star Kylie Travis really sold the physicality and performance. I’d never seen her before, but she had me rooting for her every step of the way; she should have been a big star. Belushi plays a great bad guy, and the movie’s locations and intensity were all pitch perfect. Director Louis Morneau (Werewolf: The Beast Among Us) did a great job with this material. High marks all around.

Kino Lorber’s recent blu ray of Retroactive looks fantastic, and improves on the previous MGM DVD I own. No special features to speak of are included. 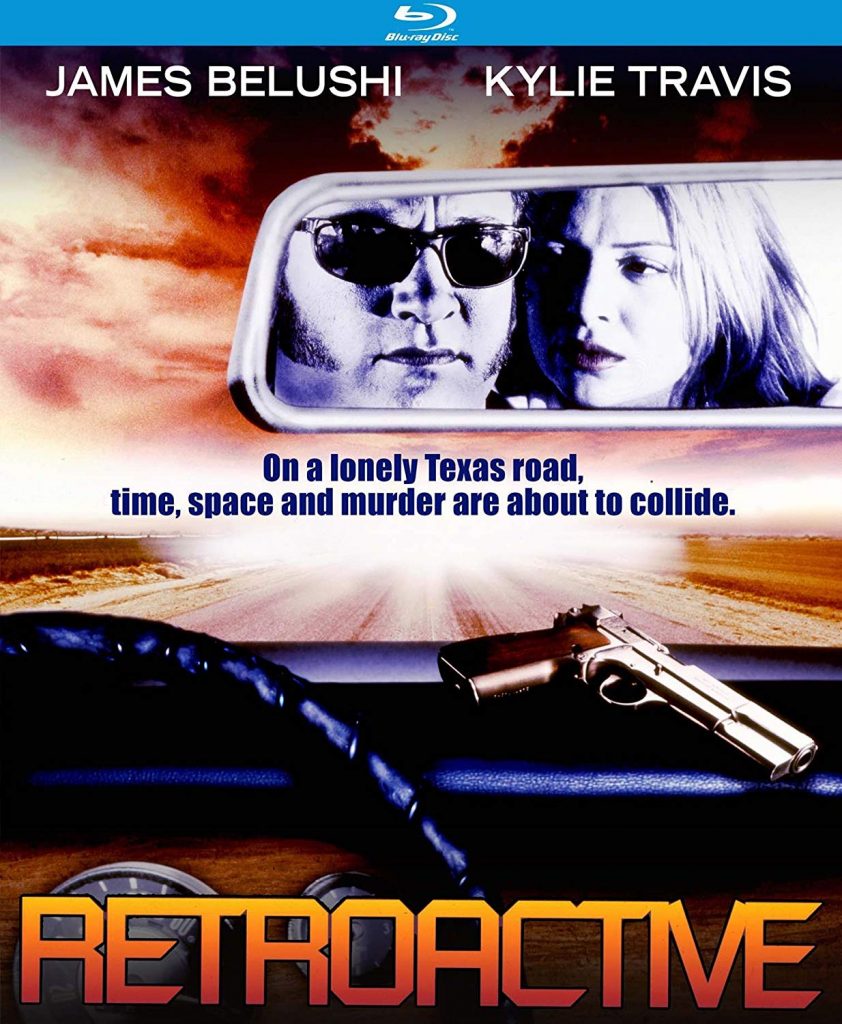