I like a good slasher as much as the next horror fan, but I prefer fun escapism rather than unrelenting, extremely graphic violence disguised as social commentary.

The creator of a popular horror comic book finds himself at the crux of a situation where he is the target of the very maniac he created in his comics.

After years of publishing a very popular serial killer horror comic book that casts a real-life serial killer as the protagonist, creative writer Todd Walkley (Jesse Wiliams) has decided to finish his series with a bang, but he’s been experiencing writer’s block for a few months. He and his girlfriend (played by Jordana Brewster), along with his manager (played by foul-mouthed Jay Baruchel, who also directed) and an illustrator, hit the road for a few weeks, stopping here and there at various comic book shops to do some signings for fans, with plans to hit NYC Comic Con at the finale. Hopefully, by then, Todd will have come up with his ending, but along the way as they pass through Todd’s old hometown they encounter a series of grisly murders that perfectly emulate Todd’s own creative kills in his comics. A killer is out there copying Todd’s comics that feature insanely graphic murders, and just when Todd and his friends realize what’s happening, the killer comes after them. The game the killer is playing is somehow related to Todd’s memories of the past when he might’ve come into contact with the real killer that inspired his comic in the first place, but by the time the killer catches up to him, the game is pretty much over, and Todd will finally have the ending he’s been looking for.

A social commentary that wants viewers to question the kind of ugly, graphic content they consume for entertainment, Random Acts of Violence is far more grotesque, violent, and graphically disgusting and unsettling than in needs to be to make its point, and director / co-star (and co-adapter from a comic book) Baruchel completely delves himself as far into the deep end of the horror mind-set as possible with this film. The movie has a no-flinch approach to violence and no-mercy murder, sometimes involving children, and so it’s never a pleasant viewing experience. The movie’s point and purpose might’ve just as easily been delivered without such a cruel and heartless tactic, and so my opinion of the movie is drastically less favorable than it might’ve been. I like a good slasher as much as the next horror fan, but I prefer fun escapism rather than unrelenting, extremely graphic violence disguised as social commentary.

RLJE is releasing Random Acts of Violence on Blu-ray and DVD next week, and the disc contains a video chat with Baruchel where he tries to explain his motives for directing the film the way he did, and while he appears to be a fairly intelligent and creative guy, I find his films (I saw Goon: Last of the Enforcers, another film he directed) to be very much lacking in focus and purpose. There are two other bonus making-of features on the disc. 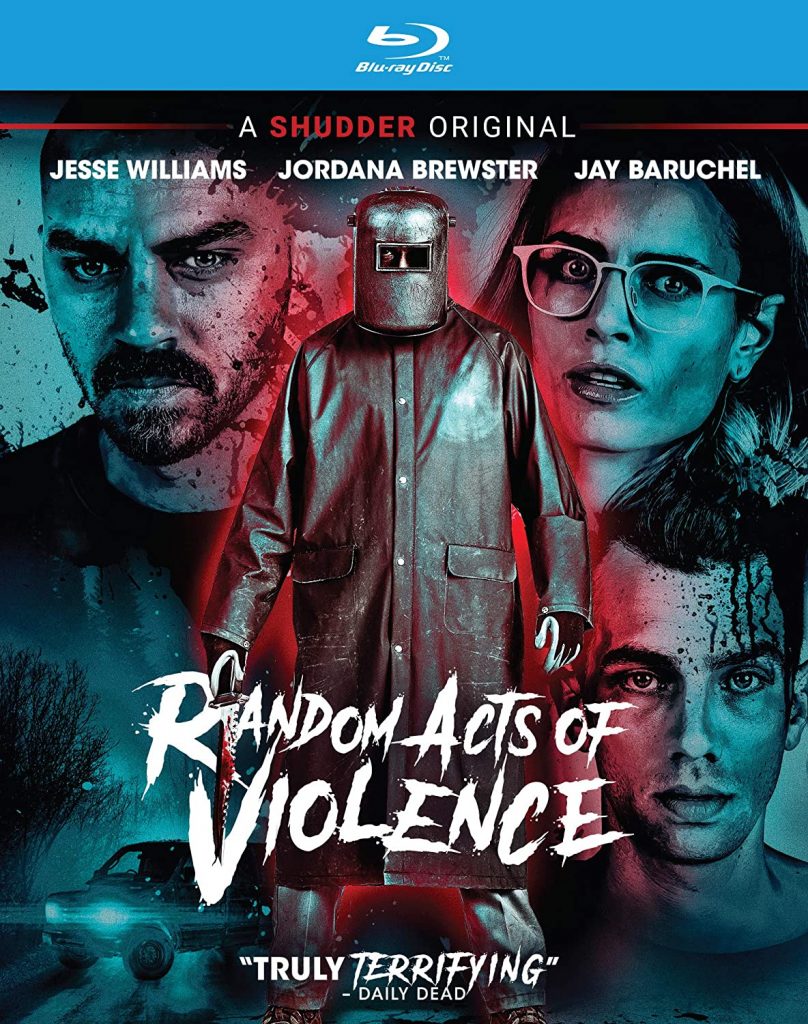