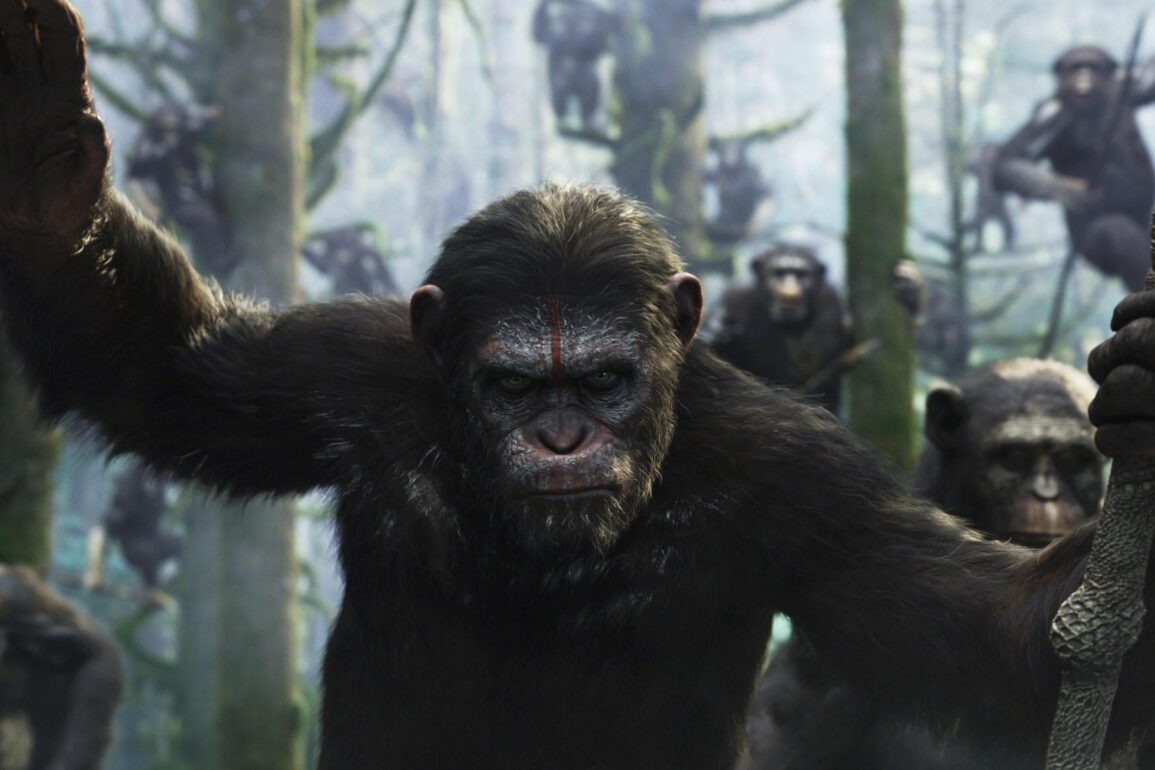 Planet of the Apes Reboot Trilogy: A Retrospective

Over four decades after Charlton Heston told an ape to get its damn dirty paws off of him, 20th Century Fox re-booted the iconic science fiction series. As with all reboots, the first question that arose to my mind was: “why?”  I mean yes, the original series, which ran 5 films, had been made before the rise of computer-generated images, featuring makeup that would probably be considered quaint and archaic to today’s moviegoer, but hell, those movies were classics!  Plus, we got a reboot in 2001…and it sucked…and it was made by Tim Burton, so it wasn’t someone’s Aunt Sally directing the film.  So, what was the point?  Let’s find out, shall we? 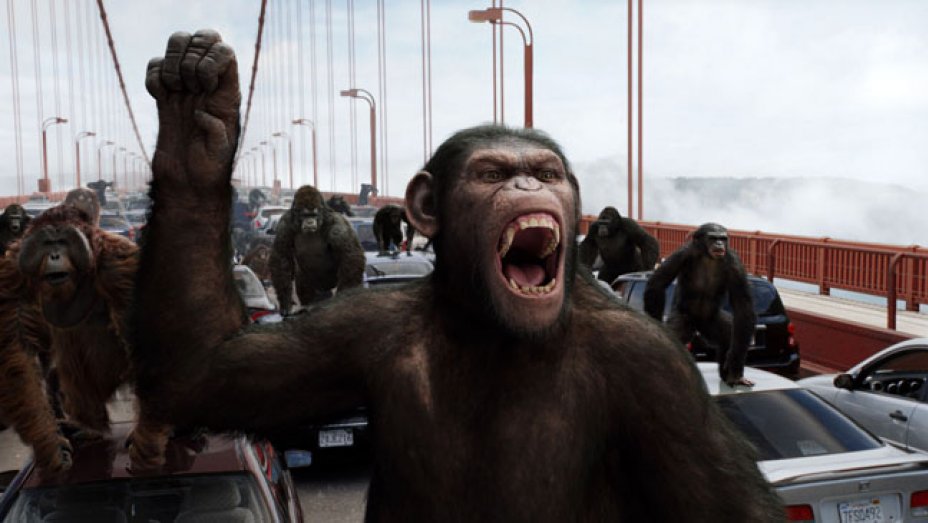 Caesar (masterfully played by Andy Serkis, who better get a damned Oscar at some point) is the star of this series.  In this film, we see his birth, his bond to human Will Rodman (James Franco), his captivity and finally, triumphantly, his escape from bondage, leading a group of smart apes (who he made intelligent, I may add) to sanctuary.

To put it bluntly, this series doesn’t happen with Caesar. While we would theoretically identify with the Franco character, who like all great mad scientists, is doing things for noble purposes, it’s Caesar we’re pulling for, not the humans. Caesar is the underdog, the character who is wrongfully imprisoned for protecting his family, the one who was put in his unfavourable position by external forces beyond his control.  This movie showcases, and rightfully so, that Caesar is going to be the hero of this series – and thankfully, the movie delivers.  You’re with Caesar, which is ironic as his enemy is the humans.

The movie also alludes a lot to the old series, which I suppose is good, though I personally could have taken or left it.  Making mention to the original films, putting in famous lines and basically connecting everything together is nice, but it also serves to remind you that this won’t be those old films – this is it’s own thing and deservingly so.  That being said, severing all ties to the previous series probably would have been just as wise, to avoid comparisons.

As an origin film, this movie hits all the right notes, emotionally and visually.  You have a couple of nice action sequences, and you generally understand the characters, even if they are simply archetypes (the greedy corporate boss, the compassionate animal handler, the douchy neighbour).  Franco, John Lithgow, and particularly Tom Fenton as an unpleasant primate shelter animal handler – I argue that few can get under your skin like Fenton.  However, let’s be clear – the star of the show is Caesar, and no one beats Andy Serkis at emoting an entire story simply through facial gestures and the look in his eyes. 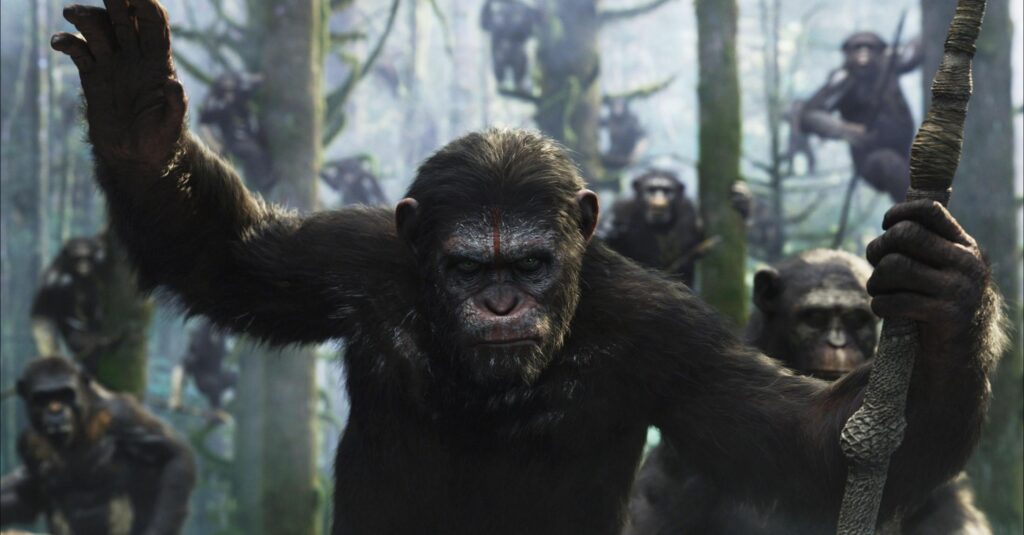 The follow-up film goes bigger than the first film – there are more action scenes and a bigger scope than the first film.  While Rise was stuck to San Francisco urban locations, this film is a post-apocalyptic wasteland, with much of the action taking place either in the woods or the ruins of San Francisco.  Visually, the film is powerful and a lot more interesting.

Andy Serkis returns as Caesar, and we see the chimp’s evolution.  His speech is better, and he has evolved into the leader of the apes.  Serkis does some of his best acting in the film, and his thoughtful portrayal of a conflicted leader is genuine.

I give Dawn kudos for not making this another humans vs. apes story, as the real threat is from within the apes own camp, which is a nice change-up from where the story could have gone.  Koba, the villain of the movie, is a fantastic threat, an adversary straight out of a Shakespeare play and while you hope he gets his comeuppance, you still understand his motivations and can on some level related to it, even if his primary drivers turn out to be jealousy and wrath.

The “human” actors are just as great, with Jason Clarke knocking it out of the park as the human protagonist, a mirror of Caesar who is building a relationship with the apes at great peril. Likewise, Gary Oldman is fantastic, giving a truly nuanced, multi-dimensional performance as the leader of the remaining humans. While it’s easy to look at Oldman’s character as “the bad guy,” it’s much more complicated than that.

The action scenes are simply great.  Whether it’s the beginning hunt in the forest or the siege of the human stronghold by the apes, there’s a depth to the action, with the siege being particularly interesting in the camerawork. The movie is well-paced, and you can see the action, even in darker lighting, a skill that seems to elude most modern filmmakers.

Simply put, Dawn is a bigger follow-up to the first film.  It does the exact thing you would hope, expanding on the original themes established in the first film and playing them out to a satisfactory conclusion.  While the ending is not what you would classify as “happy,” it is plausible and probably the most appropriate considering what the first film set up.

You could argue that they saved the best for last.  While Rise is an origin film and Dawn is an incendiary story between two forces who clearly don’t trust each other, War of the Planet of the Apes is a smash-up of movie genres.  You have western, epic and war elements throughout the film, be it a singular quest for revenge, a prison escape, a despotic military leader who must be stopped or a great leader taking his people to a new land.  War borrows from several other movies, while still keeping the characters and the world they created intact to what had already been established.

This movie gives you a new Caesar; gone is the strong and powerful leader.  You now have a  creature selfishly hellbent on vengeance, willing to sacrifice his own people to meet his personal ends. While he discovers his folly near the end, even then he pursues on his quest.  While some could argue that it’s an abrupt and unnecessary character shift, I would say that it is actually a natural progression; Caesar is becoming more human, as his enemies, the remaining humans, are devolving into more primitive and unreasoning entities.

Which brings me to Woody Harrelson’s character, who may be the best villain in the series. While borrowed heavily from the Robert Duvall character from Apocalypse Now, both character-wise and visually, Harrelson brings a new danger that was never encountered in the other films.  He is the first nemesis of Caesar who is truly powerful, requiring neither subterfuge or cruelty to hurt Caesar – he simply controls a group of highly-trained soldiers fanatically devoted to his rule. Harrelson plays the role to the hilt, and again, like all the great bad guys in the series, you see his point of view, even if you disagree with his methods.

War is also the first film that has a truly great soundtrack.  While the other two films have great music, the cues and themes in War are more memorable and dramatic.  When Caesar is at his lowest, an unexpected ally brings him back from the brink and the swelling score that accompanies this rejuvenation only enhances the scene.  Likewise, the mischievous tune that plays while the apes plot their escape from the military’s clutches is perfectly suited for the action.

Speaking of action, this movie has it in spades.  The initial siege on the ape lair, a mirror the ape attack in Dawn, the adventure across the land that Caesar and his comrades undertake to find the Colonel and especially the last, thrilling escape that takes place when the two military factions are fighting each other are all noteworthy and well-done.  War does what every great final film in a trilogy does; it wraps up everything in a satisfactory way, bringing a thrilling end to a truly epic story.

These three films did what I thought impossible; they truly felt like Planet of the Apes movies, both in scale and story, paying fitting tribute to the original while carving out their own niche.  While I wouldn’t go so far as to suggest you see these films before the originals, you should make sure that they remain part of your Apes viewing experience.