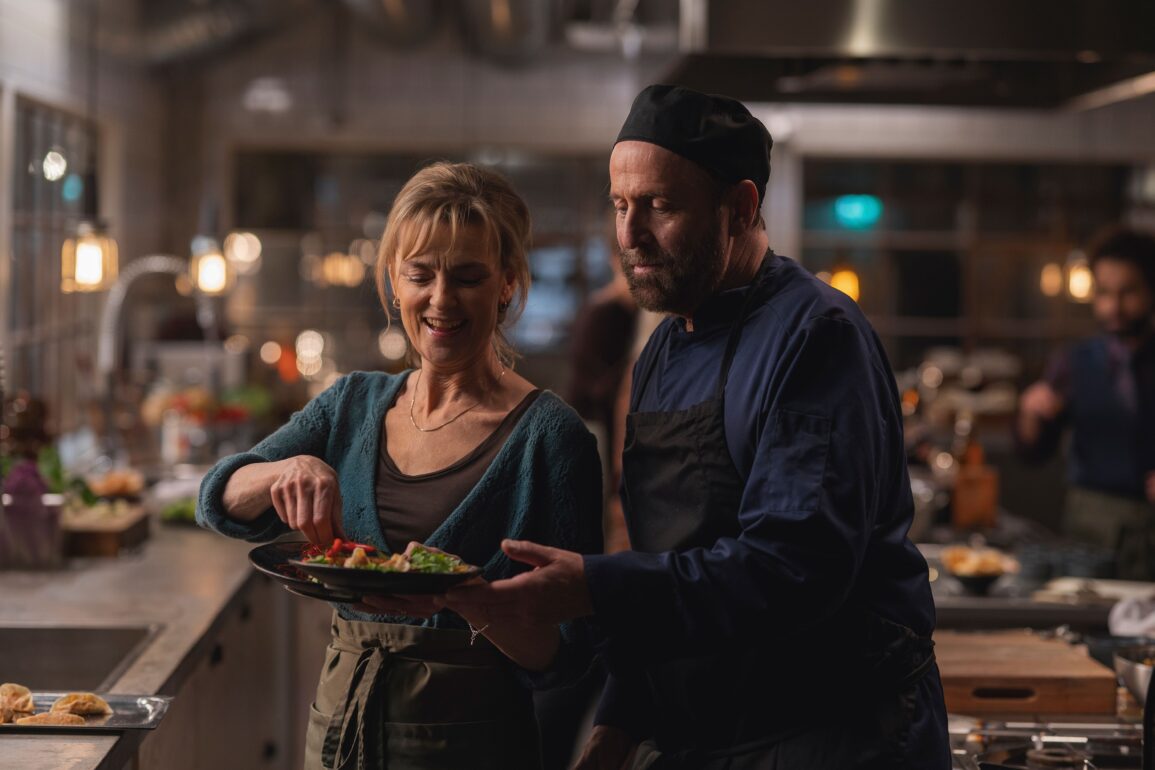 Peter Stormare needs no introduction as he has starred in countless classic movies like The Lost World: Jurassic Park, John Wick 2, Fargo, Armageddon and many more. His latest movie is a Scandinavian romantic comedy called Food and Romance where he plays a chef who finds love in the one place he never expected.

I was able to have a chat with Peter about the movie.

Hi Eoin, where are you from?

I’m from Scotland but my family is Irish so best of both worlds.

How do the Scots and Irish get on?

Oh we get on great; we all like to drink.

(laughs) Yes! We are all Scandinavian together (laughs).

How are you today?

I have, yes and I’ve got to say, I think Henrik is maybe my favourite character of yours.

I loved seeing you as a romantic lead, which is something we haven’t seen that often.

Is that what appealed to you about the script?

Yeah. And also, I have to say, Marie the lead girl; we were from the same little region in northern Sweden. Then I got into the academy of acting in Stockholm a couple of years ahead of her. Then we got to the National Theatre of Stockholm, very prestigious place, and we were the only two from that region. It was in the local news that Marie and Peter were on the big stage in Stockholm. So, we bonded, of course, and not only was she beautiful (and she still is) but she is very talented, but most of all, we were from the same region and we were in the local papers for decades (laughs). I took off for the US and then I got a call from her and she pitched this movie for me and she said, “You’re going to be surrounded with a lot of girls and a female director and writer”. I said, “I’m going to be like a little trout in the creek up north surrounded by Octopussy (laughs).

Then when I got the script and the first outline, I really loved the character. I love the whole perspective that people in their mid-sixties, seventies and eighties, as your body’s getting older, but all your desires and cravings are still there inside of you, as they were when you were born and when you grew up. So, can a 65-year-old crave sex with a female star like Marie? Yes. It’s possible that they don’t evaporate and die when you turn 60. They are still in there and it became important, I think, for all of us, mostly the director Annika Appelin.

This is her first big feature release. She’d done TV and stuff, but she started very young and now she wants to do a coming-of-age tale; not for 30-year-old or 40-year-old guys out robbing a bank and shooting up people and crashing cars; but three women who want to fulfil their dreams and finally do so. Most of all, this leading girl, Marie and also Henrik who is a master chef and he has been around the world. He’s now having this Tuesday meeting for some locals, just to help his friend out and he never thought he would find love. He finds it in the place he never thought he would find love. That is a message that became very important for all of us and it rhymes very well with my perspective on life – That it’s never too late to start a rock band (laughs). It is never too late, you know? And you can. You can play some Teenage Fanclub. A Scottish band. Are they not?

Oh, they are so great. It’s never too late to start a rock band and play Teenage Fanclub songs. I never thought about becoming older, but I’m old now but my desires and cravings are still there. I’m still 16 years old in my head, even if my body’s dilapidated and deteriorating. But when I walk down the street here at Santa Monica Boulevard, I twist and turn my head if I see a young girl or a girl. If I see something, I’m a hazard in traffic because I’m a head turner when I’m driving my car!

Human beings, we still have those emotions within us until it’s time to say goodbye and leave for hopefully some better place or some worse place. I don’t know. That became a message that was very important to all of us to show that human beings do have emotions. 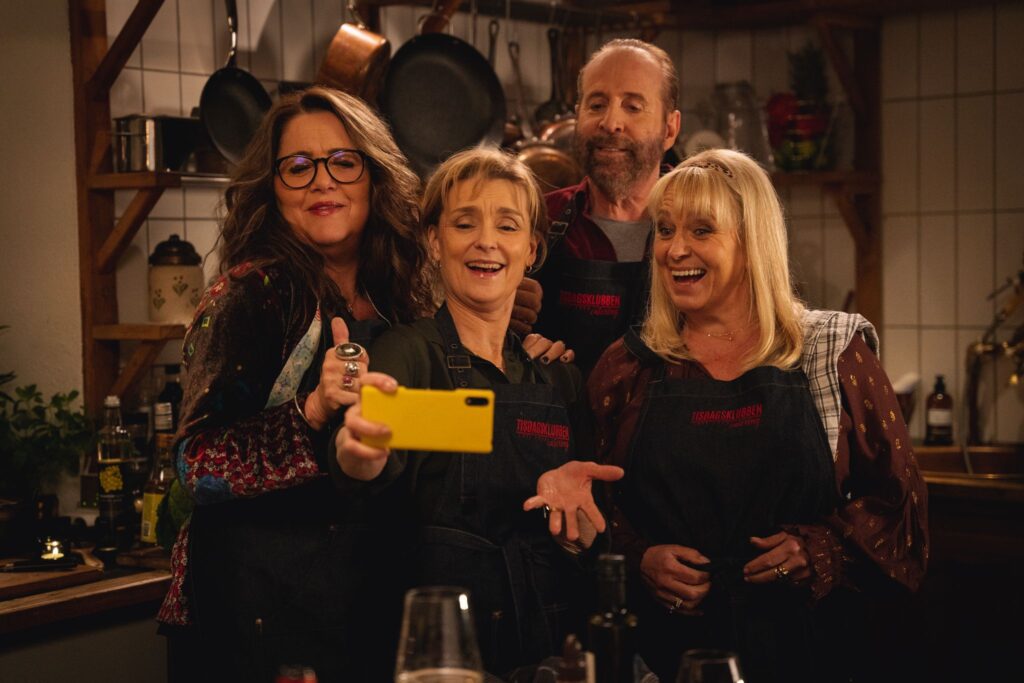 I also remember my grandma said when I was younger and she lost her beau (my grandfather) when he was young, but she lived alone. She said to me, she was over 90, but when she was in her mid-eighties she said “just because you grow old doesn’t mean that love disappears. You need more love now than when I was younger. I need somebody to hold”. Because she was caressing me I felt awkward. “I just want to hold you close to me”. Okay, Grandma. I’ve thought a lot about her.

When I did this movie that the love and passion and all those things that we crave in life, they don’t disappear with age. They might become just stronger. I hope that one day I would wake up and say, “sexuality is gone, thank God. Now I can concentrate on living” but it kind of grows more and more strong (laughs). Sorry for being blunt but it’s part of this movie, in a way, because it’s a light movie. It’s small, it’s Scandinavian but it has really a fundamental message well written into it that I can say it’s never too late to start a rock band. Don’t give up on your dreams and your cravings. I mean, if you crave just pizza, it might get bad for you if you eat it for a hundred years (laughs). But your emotional cravings and if you haven’t found love, don’t stop looking. You might find it when you’re 65 or 75. It’s never too late. It’s never too late. If you give up, you give up to prejudice from your neighbors and society and maybe prejudice from yourself.  I always wanted to go to the Loch Ness in Scotland. Right? So do it. Don’t just say it. Do it.

Yeah, I would love to. I have never been that far North.

I think you would love it. Are you much of a chef in real life?

No, when I was young. But I’ve been married to a fantastic woman. She’s a Japanese woman and she is the chef. She beats me in everything, just frying an egg. We tried to fry in the same frying pan, the same oil. Two eggs. Her eggs taste much better. That’s the truth. Of course, I love food, but I love Asian food. I’m happy to be married to a Japanese woman because I lived in Japan for a while and I just love their cuisine. I love their food. Their fast food is amazing. They don’t eat that greasy crap we eat over here. It’s a wonderful, wonderful cuisine. I can say I’ve been beaten down by her so many times so, I said “I give up” and she’s happy to cook because she does a Caesar salad in 5 minutes. It takes me an hour.

(laughs) Yeah! She’s phenomenal. There are some people who are born to be a chef. I don’t have the cravings, so I don’t really care. 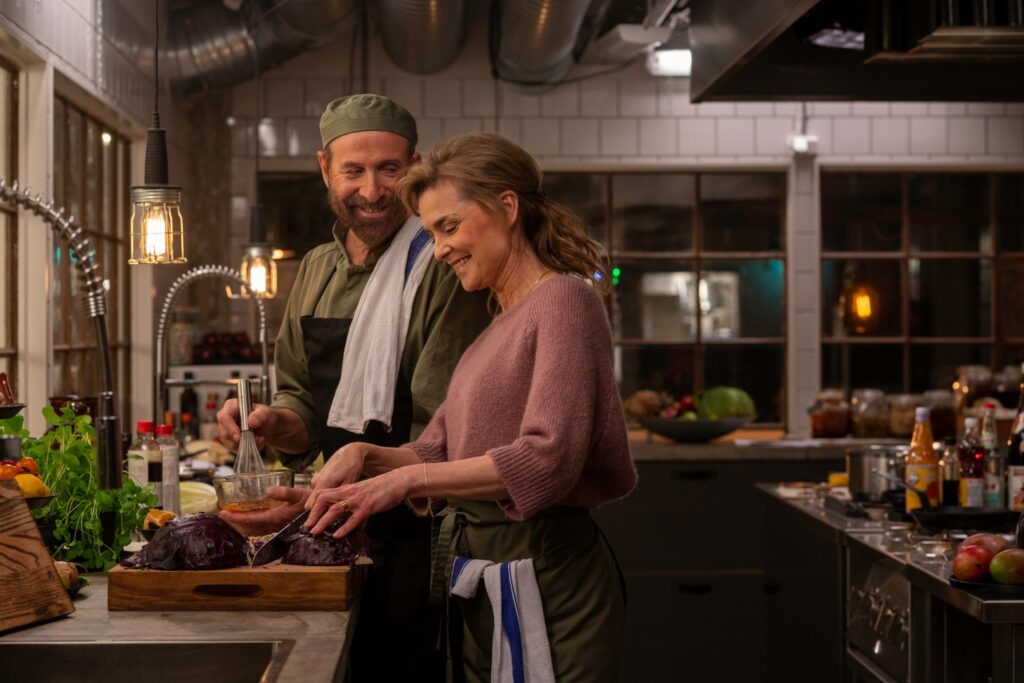 For me it’s “Chernobyl” to quote the movie. I’ll use the microwave more than I should.

Don’t do tuna in the microwave. The canned tuna explodes in the microwave and don’t put beer in the freezer. I did that a couple of times and I am going to get killed if I do it again (laughs).

Well, we’ve got to wrap up, unfortunately. A pleasure to talk to you and best of luck with the movie.

Thank you and do give my love to Toronto. It’s cold up there. You got snow yet?

We did last week, but it’s staying mild so far so long may that continue.