Kurt and Goldie both have an infectious chemistry with each other, and director Garry Marshall does a pretty commendable job balancing all the uncomfortable ingredients into a tasty treat.

A super wealthy and unlikable socialite falls overboard on her yacht and gets amnesia, and a likable and poor father of four claims her as his wife, leading to wacky shenanigans.

Unspeakably wealthy socialite Joanna (Goldie Hawn) isn’t just unlikable, she’s a queen bitch, and when she calls for a carpenter to install a new closet in her massive yacht, in comes newcomer in town Dean (Kurt Russell) who is desperate for work. Over a few days he does a great job, but Joanna is entirely unsatisfied and refuses to pay for his “mistake,” and she has Dean thrown overboard without compensation. Thoroughly hating her guts, Dean licks his wounds and is on the verge of being destitute with his four sons to take care of in their ramshackle home (his wife died three years ago and social services are on the verge of taking his kids away). Then something unexpected happens: Later that night, Joanna falls overboard herself and hits her head, leading to amnesia. When a barge picks her up and delivers her to the mainland, she’s put in a hospital and the whole town wonders who she is. With her unlikable snootiness intact but not a shred of memory left to her, the local news puts her face on television, but her own rich husband (played by Edward Herrmann) abandons her, thinking himself lucky to be rid of her. When Dean sees her face on TV, he comes up with a great horrible idea: He’ll claim Joanna is his wife and can prove with some trickery that she is. When his plan works on the authorities (and on her, but barely), he takes her home and brings his kids their new mother. Thrust into an impossible scenario, Joanna must learn how to be a humble mother, wife, and homemaker while Dean goes to work every day to make a living. And after a few months, she turns out to be a pretty great mom and wife to boot! What could be a perfect situation to take advantage of an icky deception for Dean turns out to be a great way to stick it to the woman who stuck it to him, but his plan of revenge ends up changing into an unexpected romance for the both of them as they fall in love with each other. Realizing he should fess up while he can, Dean is just a tad bit late when Joanna’s husband comes calling, which ruins everything.

A staple on TV during the late ’80s and all throughout the 1990’s Overboard is a sweet-hearted comedy with some real laughs in it, despite being an alarmingly misogynistic fantasy. This could have teetered into exploitation if it hadn’t been written so well, and Hawn and Russell are obviously perfectly matched for this material. They both have an infectious chemistry with each other, and director Garry Marshall (Pretty Woman, also a weird misogynistic romantic comedy) does a pretty commendable job balancing all the uncomfortable ingredients into a tasty treat. Alan Silvestri did the score.

Severin, a boutique label for releasing exploitation and horror-centric films onto Blu-ray, has just released a Blu-ray edition of Overboard in a newly scanned 2K transfer. This title seems a little off the reservation for Severin, but it’s a welcome release, and the film looks and sounds better than it ever has. Special features include a new interview with the screenwriter, and the trailer. 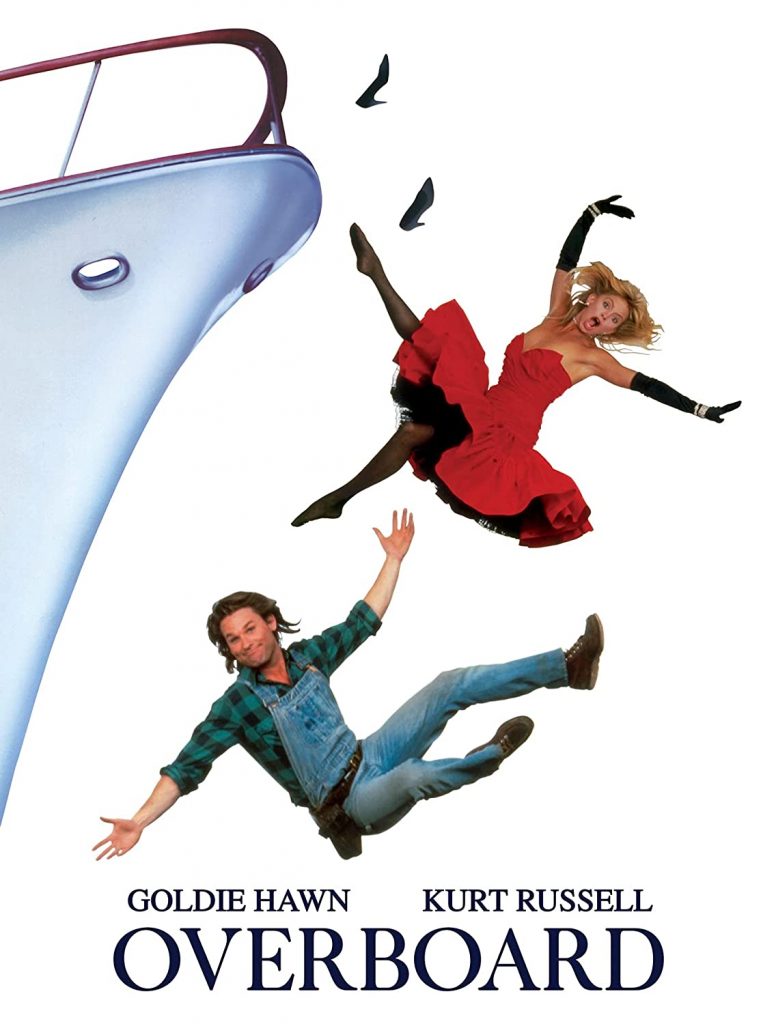