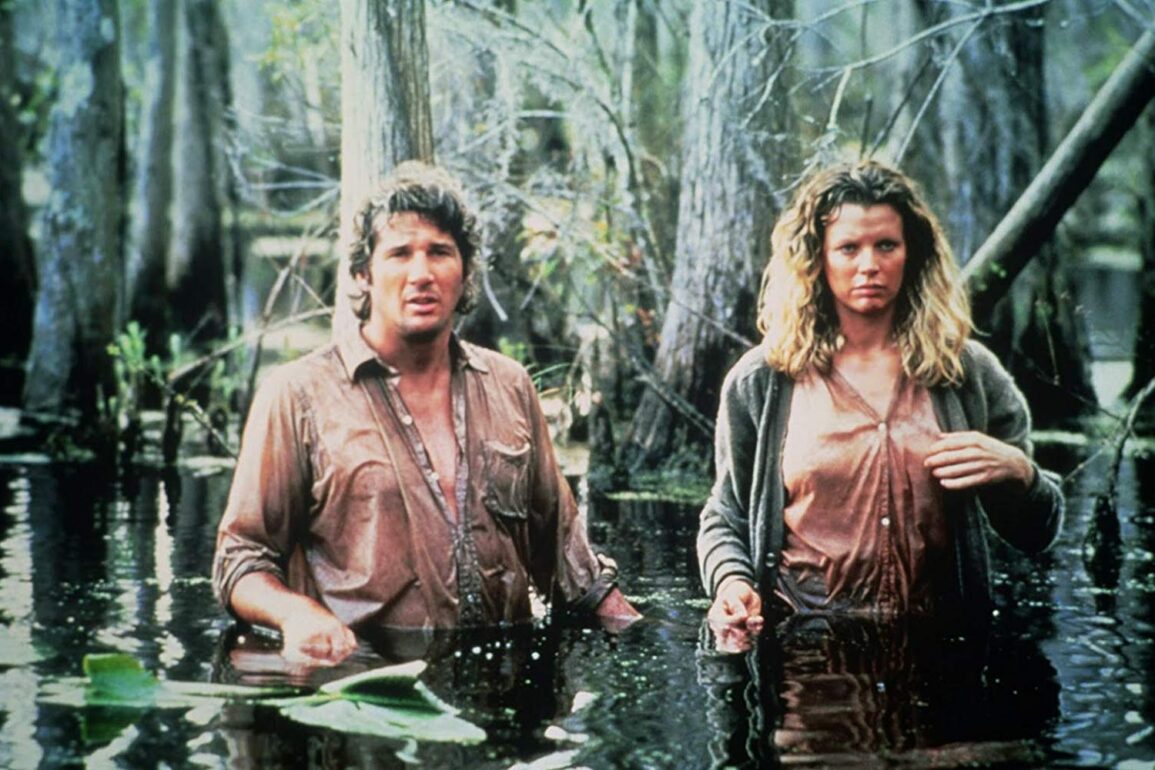 I love No Mercy because it actually downplays the eroticism in favor of character development and tension, which is a rare thing for films of this type from this era.

A Chicago detective, seeking to avenge his partner’s death, travels to New Orleans, where he unexpectedly becomes involved in a cat and mouse game of survival.

Renegade cop Eddie Jillette (Richard Gere in an uncharacteristically energetic performance) goes off the rails when his partner (played by George Dzundza) is killed on the job. Seeing only red, Eddie traces the killing to a drug lord named Losado (Jerome Krabbe). Eddie’s best way to Losado is to follow his girl, a beautiful young woman named Michel (Kim Basinger) who is an illiterate Cajun slave to Losado, who has raised her since she was a kid and groomed her as his mistress. When Eddie and Michel collide, their worlds are turned upside down as Losado puts the full force of his power against them, and at the end of the day … there will be no mercy!

Mill Creek’s new blu ray for No Mercy offers the film in high definition without any special features on the disc. It’s presented in a retro VHS-style package. 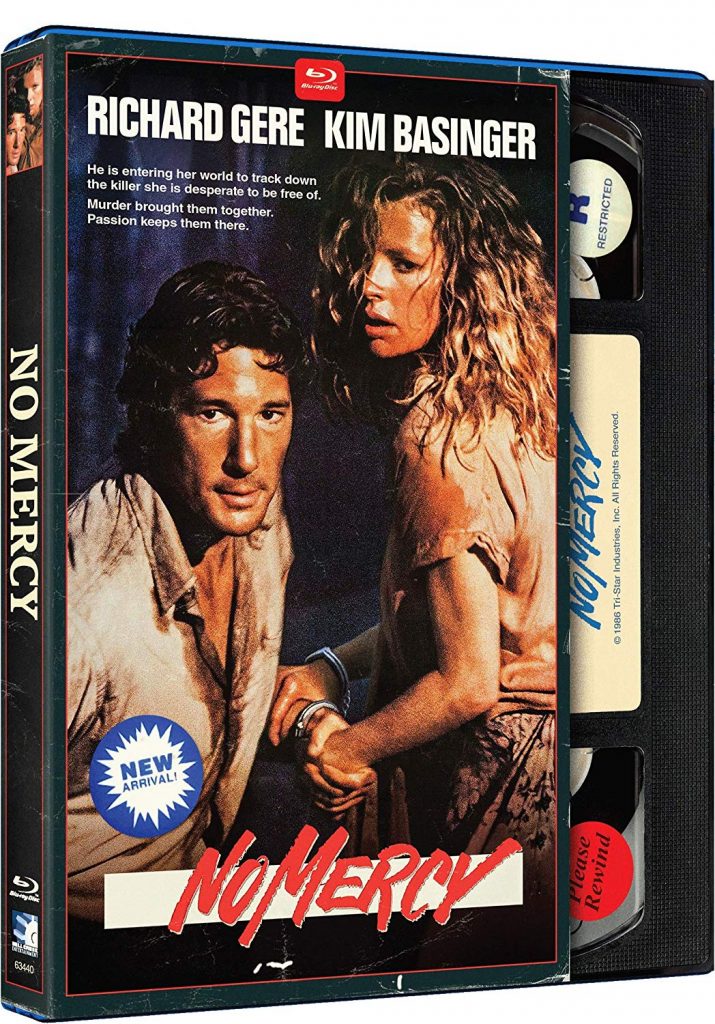