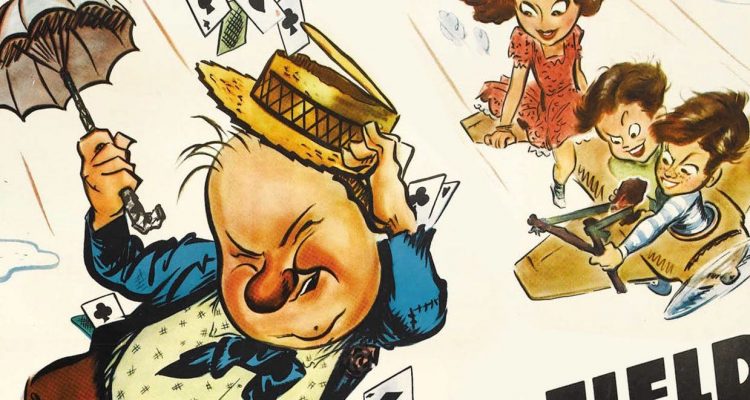 The movie is basically a plotless series of sketches and situations, and the climax is a humdinger of a car chase filled with death-defying stunts and a wowzer of a punchline.

In his last starring role, comedy legend W.C. Fields plays himself in a takeoff on the eccentricities of filmmaking.

Young starlet Gloria Jean (playing herself) is in the middle of making a musical at Universal, when her famous uncle W.C. Fields (playing a satirical version of himself) visits her on the set, despite the fact that his last movie The Bank Dick didn’t win him any favors with Universal or the executives still making pictures. Everyone knows that Fields is unreliable, an alcoholic, and ornery too, and so when he wanders into the back lot to say hello to his niece, he also brings along with him a script he wrote, which he hopes to propose to the brass at Universal, if only he can get through the door. His script is a stream of consciousness comedy with no plot threads to tie it all together. When he manages to get a chair at the producer’s table, he reads his script aloud, and as he reads it, we see the movie he’s describing come to life: Fields travels with his niece to a foreign land to film a movie, but Fields jumps out of the airplane to catch his whisky bottle, and he and his whiskey end up on top of a mountain in a Shangri-La type place where only two women live. He teaches the prettier of the two how to kiss and bails out when he realizes he’ll have to kiss her mother too. Next, he’s rescued by his niece, and then travels back to Hollywood where he gets into a colossal car chase to deliver a woman who isn’t pregnant to a maternity ward.

Field was a master and a genius at droll, self-deprecating and witty comebacks, and in Never Give a Sucker an Even Break he was at the end of the line of his starring roles, due to his escalating alcoholism. The movie is basically a plotless series of sketches and situations, and the climax is a humdinger of a car chase filled with death-defying stunts and a wowzer of a punchline. The climax alone is worth seeing, as it was surely to have inspired the works of Jackie Chan, and anyone else who followed the pioneers of stunt work like Buster Keaton, Chaplin, and Harold Lloyd. It’s pretty incredible what filmmakers were able to do way back before regulations and safety rules. From director Edward Cline, who worked with Buster Keaton on a number of films.

Kino Lorber’s new blu ray of Never Give a Sucker an Even Break is an easy and fun watch at only 71 minutes, and it’s a nice upgrade from the Universal DVD I own. There’s a new audio commentary by a film historian, as well as a documentary and some trailers. 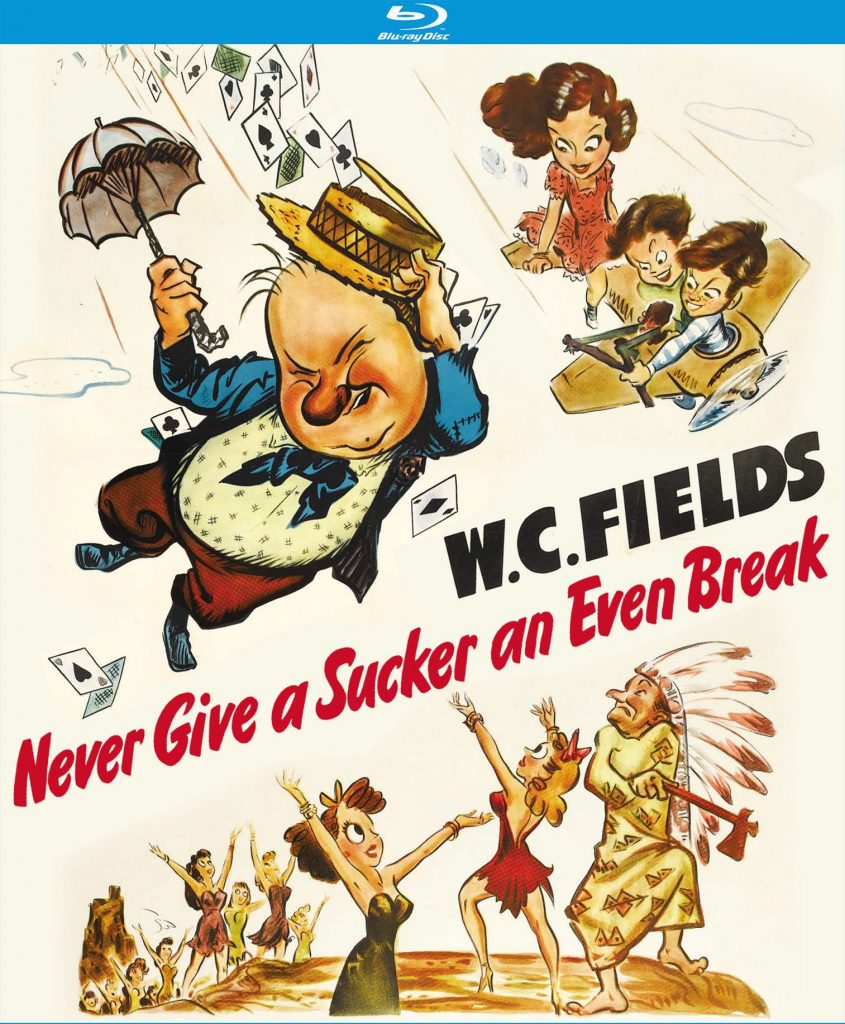