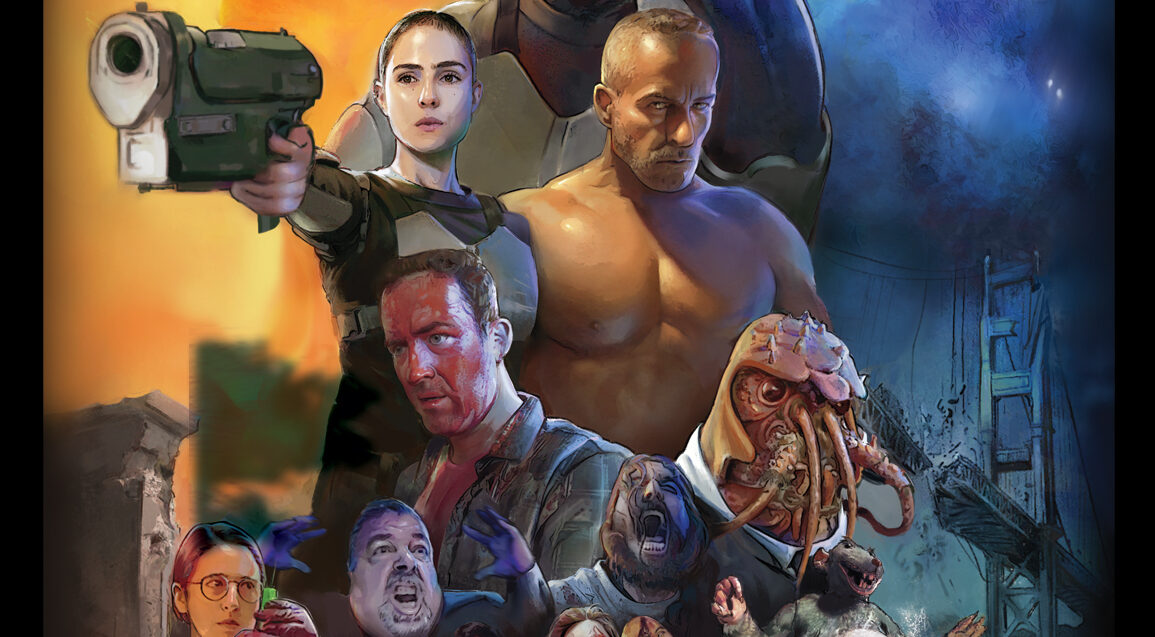 It brings to mind some other like-minded renegade apocalyptic indies like the much-better Bleak Future, but fans of Troma should appreciate it too.

It’s the apocalypse, and thanks to ten nuclear bombs destroying the world and its atmosphere, both animals and people alike begin mutating.

A soldier named Maria (Maria Leite) has a mission: Accompany an experimental super soldier who looks like Arnold Schwarzenegger on his best day across the urban wastelands right smack in the middle of a full-scale zombie apocalypse, which began as a result of a lab leak where the super soldier was being created. She and the muscled experiment on two legs are doing just fine with their sheer brute strength … until they encounter a loser named Pedro (Pedro Barao Dias) who just woke up with a major hangover after an all-night birthday party, completely blanked out on the fact that everyone at his party was killed by an inrush of zombies the night before. When Pedro gets in Maria’s way, she accidentally kills her super soldier, but instead of taking time to lament her folly, she begrudgingly decides to allow Pedro accompany her to the safe zone instead. Together, they form an unlikely pair, always bickering, but also sort of attracted to each other, and they both get the surprise of their lives when ten nuclear bombs decimate Europe and Portugal (where this movie was shot and takes place), causing almost instantaneous mutations amongst surviving humans and animals, including the two of them! She sprouts a new ear on her neck, while he grows a full-grown rat from one of his hands! They join a whole group of mutated people and animals (one dude is a massive, man-sized crab), and they must fight off a mutant exterminator sent to annihilate Maria and the package the government thinks she’s still carrying.

Not nearly as goofy or gross / disgusting as one might expect from a Troma production, Mutant Blast is a pretty kind hearted little indie movie with some outrageous elements, including a huge lactating possum that sprays its milk all over people’s faces and some upside-down and sideways gore that tries to emulate the days of Peter Jackson’s and Sam Raimi’s heydays as renegade horror filmmakers, but this film’s co-writer and director Fernando Alle usually plays everything pretty safe and for a chuckle rather than for a gross-out gag. It brings to mind some other like-minded renegade apocalyptic indies like the much-better Bleak Future, but fans of Troma should appreciate it too. 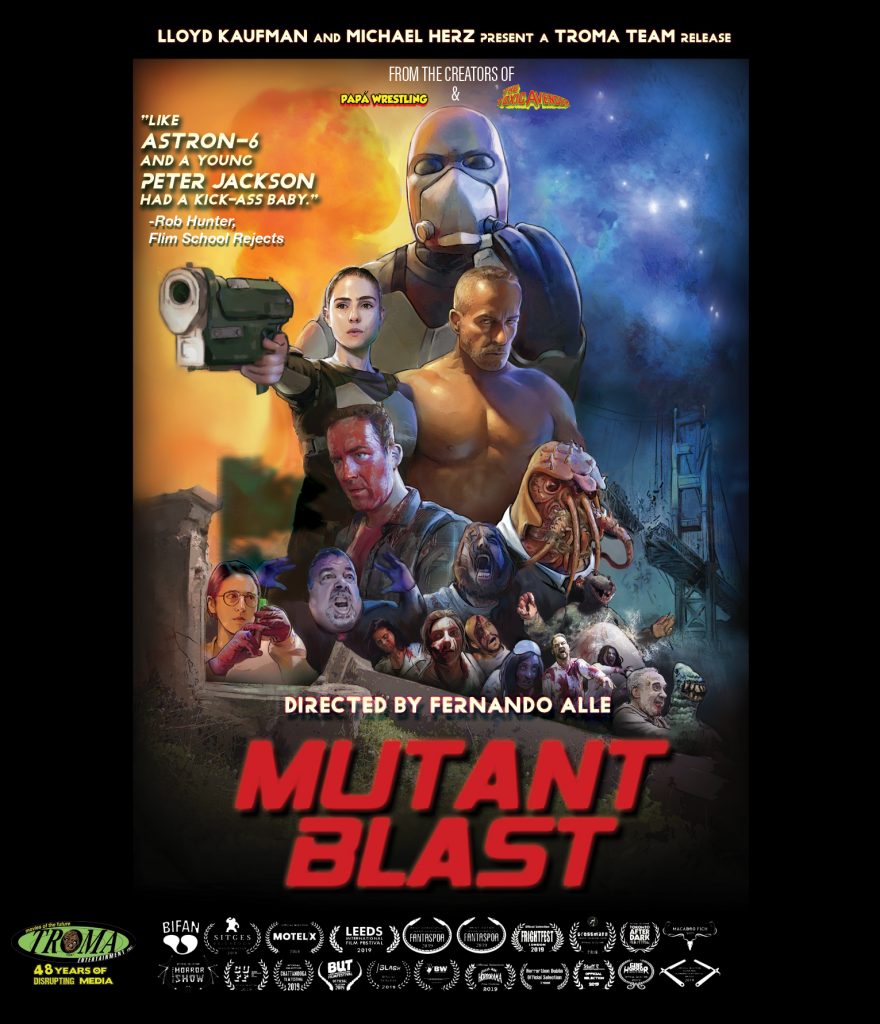