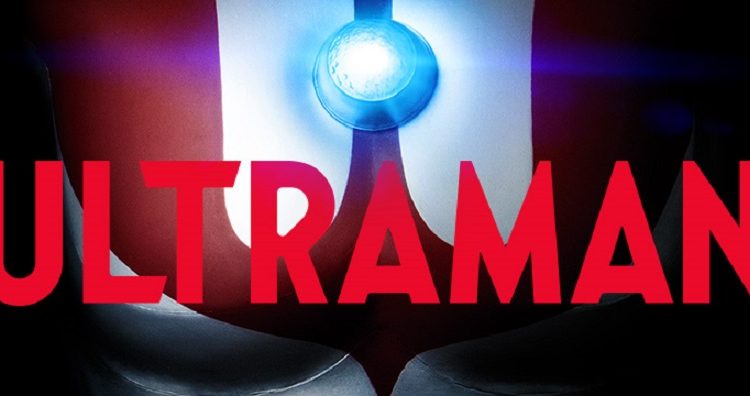 Mill Creek Entertainment and Indigo Entertainment (United Kingdom) are pleased to announce the license of the Ultraman superhero library from Tsuburaya Productions Co., Ltd for North American home entertainment distribution.  Indigo, on behalf of Tsuburaya, has developed a unique licensing deal with Mill Creek to bring this iconic property back to North America that includes both physical and digital distribution rights for the Ultraman catalog which includes classic TV series which have been newly remastered in high definition, recent theatrical feature films and almost everything produced throughout the last 50 years.

Mill Creek Entertainment’s debut releases from this deal will be limited edition SteelBook® complete series releases of ULTRA Q and ULTRAMAN on Blu-ray on October 15, 2019 for $49.98 each.  Complete series Blu-ray releases in standard packaging will also be made available at the same time for $39.98 each.

Each release will contain stunning high definition video with DTS-HD Master Audio of the original Japanese soundtrack with English subtitles. Digital redemption will also be available via Mill Creek Entertainment’s streaming service, movieSPREE. You can now watch a free 10-minute SPREEview of the first episodes of Ultra Q and Ultraman here:  https://www.moviespree.com/ultraman

“These first two series are what kicked off the worldwide phenomenon of Ultraman,” says Jeff Hayne, VP of Content Acquisitions for Mill Creek.  “Ultraman’s success paved the way for other popular tokusatsu franchises including Kamen Rider and Super Sentai which influenced the spawning of Teenage Mutant Ninja Turtles andMighty Morphin Power Rangers.”

“We are excited to bring the Ultraman catalog to North American audiences through a multi-faceted release model spanning Blu-ray and DVD plus various TVOD, SVOD and AVOD digital outlets,” states Barrett Evans, VP of Marketing for Mill Creek. “In tandem with the classic series, we will also be releasing the more recent series and films to appease fans of both classic and modern Ultraman.”

“Ultraman is a revolution in television history – a landmark property and record-breaking global phenomenon. The original series heralded a new age of quality adventure and special effects for children’s entertainment.  Now, through Indigo’s unique relationship with Tsuburaya, we are delighted to be partnering with Mill Creek Entertainment in repositioning the legendary Ultraman for both new and old audiences alike,” says David Lawley, MD of Indigo Entertainment.

“We are very excited about this partnership and the opportunity to reintroduce the Ultraman series, with over 50 years of history, to the people of North America. We hope that we shall rekindle memories of the fans that enjoyed the series in the 70s and 80s and at the same time nurture a new fan base for the younger generation,” says Kei Minamitani, General Manager International Business of Tsuburaya Productions Co., Ltd.

The original series ULTRA Q was one of the most expensive television series ever produced in Japan and a raging success.  Originally airing in 1966, it spawned a revolution in “Ultra” content that has seen series after series, movies and merchandising created; and originated a landmark global phenomenon.

The classic ULTRAMAN live television series of the 1960s and 70s, produced by Tsuburaya Productions, established new heights of quality adventure and special effects-driven entertainment and built a worldwide audience for the property. Hailing from the distant Nebula M78, Ultraman is a sleek silvery being who protects Earth and the human race from an endless array of invading aliens and terrifying monsters together with the crew of the Earth-based defense force using advanced high-tech weapons and vehicles. Ultraman battles monsters that cause endless mayhem and destruction on Earth. With the ability to extend his height to over 150 feet, Ultraman melds with a human and only emerges in times of extreme danger to save people and the Earth. The popularity of Ultraman—and the aliens and monsters– has enabled the series to persist to this day, generating over $50 million per year in toys and merchandise in Japan. 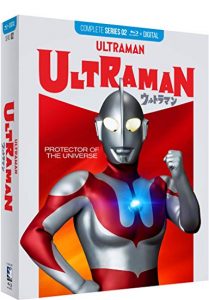 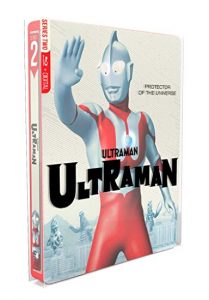 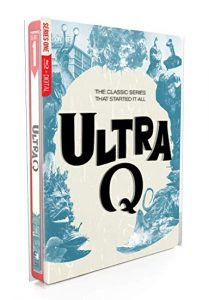