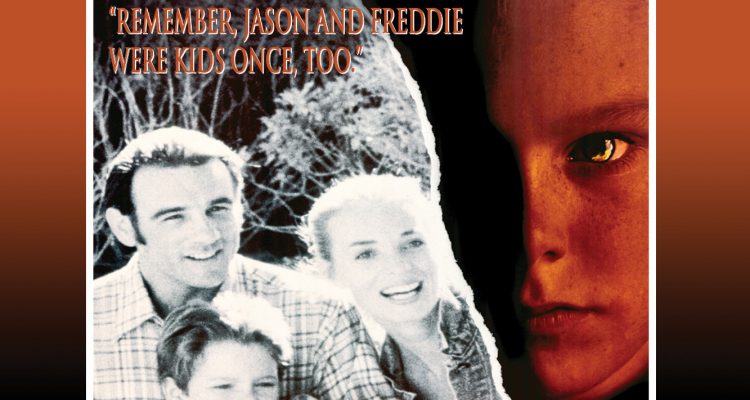 Depending on your taste or tolerance for these kinds of killer kid movies, this one has enough gore, kills, and one-liners to warrant a Fangoria-style showcase, but it’s definitely not for everyone.

The cute little kid next door is a serial killer, and he wants YOU to adopt him.

We see it all as cute little nine year-old Mikey (played by Brian Bonsall) slaughters his entire adopted family. He electrocutes his mom, who hates him. He drowns his sister in the swimming pool, and then he bludgeons his dad with a baseball bat after making him trip. When the police discover the aftermath, they assume the murders were from some kind of crazed killer, and they never think to accuse the only survivor in the house, little Mikey, who passes all their psychological tests. Months later, he’s adopted by a loving family out of state. Dad (John Diehl, cast against type) loves Mikey instantly and can’t wait to teach him how to shoot a bow and arrow. Mom (Mimi Craven) has wanted a child so long that even if Mikey were to exhibit little alarming signs of being a disturbed kid she’d ignore the clues. Mikey’s teacher at school (played by Ashley Laurence) is the first person to see through the veil that Mikey puts up, and she’s the first one to bring his disturbing drawings to the clueless principal (Lyman Ward). When a cute teenage blonde next door catches little Mikey’s eye, Mikey begins his system of slaughter all over again, starting with the neighbor’s cat, and then the cute girl’s boyfriend, who poses a threat to him. From then on, Mikey’s uncontrollable urges to kill put the entire neighborhood at risk of dying at the hands of the one person no one thought to question …

From the first scenes to the last, Mikey is a startling and bluntly graphic horror film about a kid who kills without mercy, and the creepy factor is amped fairly high when the kid turns out to be a complete and utter psycho when he films and later watches his murders on tape. Thanks to exploitive screenwriting and filmmaking the movie goes places where it seems (my goodness, I really hope so) highly unlikely that any real little boy would ever actually go, but these days who knows? Mikey is far more intense and graphic (and uncomfortably awkward) than any of the Children of the Corn movies because it doesn’t present anything supernatural about the evil kid’s actions; it presents him in a realistic world and just throws as many victims in his path as possible before setting up a sequel. Depending on your taste or tolerance for these kinds of killer kid movies, this one has enough gore, kills, and one-liners to warrant a Fangoria-style showcase, but it’s definitely not for everyone. From director Dennis Dimster-Denk.

MVD Rewind recently released a Blu-ray for Mikey, and it comes as part of their “Rewind Collection” series. The film was from Imperial Entertainment, and MVD packs the special features on the disc, including a nearly 90-minute making-of feature that has a ton of interviews on it, including a now-grown up Bonsall who talk about their experiences from the film. With another feature entitled “Anatomy of a scene” with the director, as well as the trailer, and a foldout poster, this edition is pretty tops for a movie that was a direct-to-video release when it first came out. 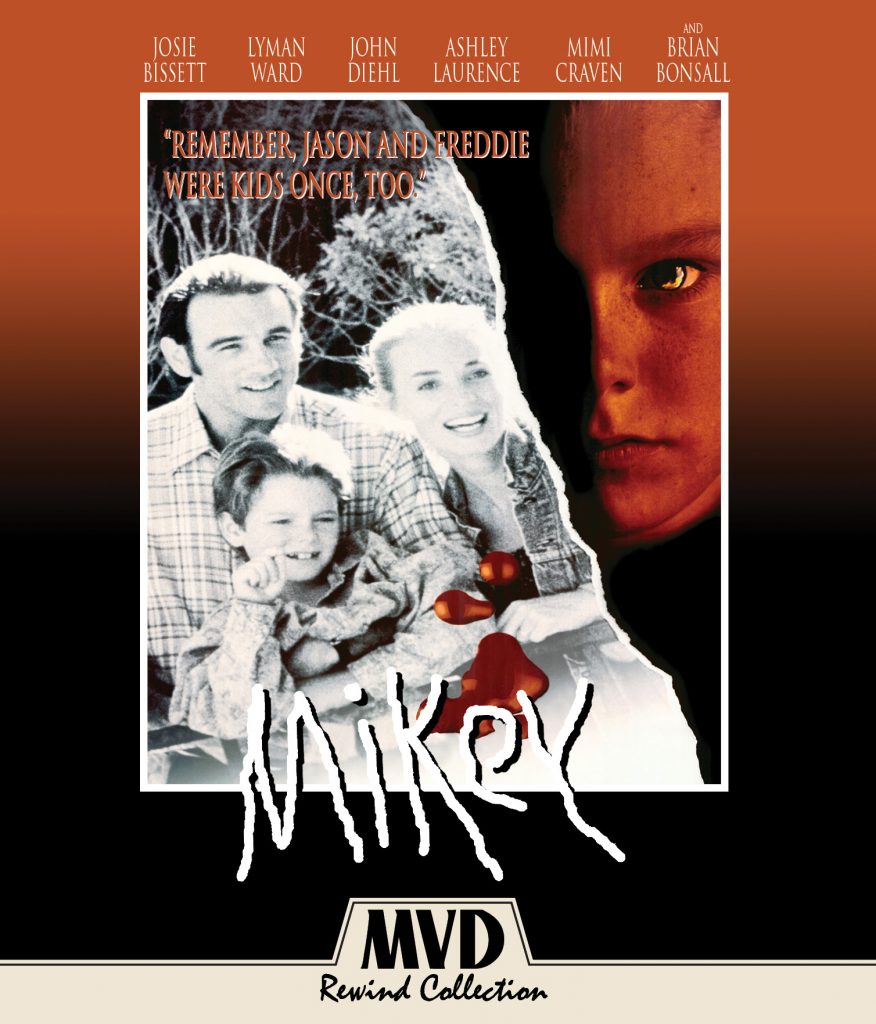