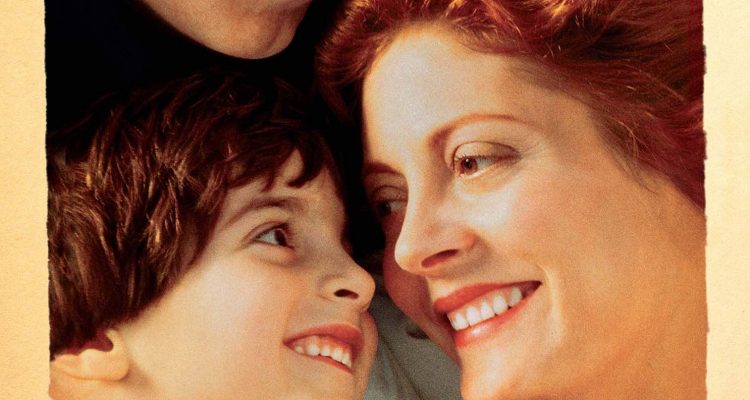 There’s never a false moment in the film, but sometimes it’s almost too much to bear.

For Augusto and Michaela Odone, the news that their five-year-old son, Lorenzo, has a rare terminal disease is sobering; to learn there is no known cure is devastating. Despite the prognosis, they embark on an extraordinary mission of love, consulting and sometimes colliding with the world’s top doctors and scientists in the quest to save their son.

The prestigious private school where five-year old Lorenzo Odone (Noah Banks) attends is the first to report his strange behavior to his parents Augusto (Nick Nolte) and Michaela (Susan Sarandon) who, after several bizarre outbursts from their son, take him to a number of child specialists and doctors to see if there’s anything wrong with him. Turns out there is. Lorenzo has an extremely rare condition called adrenoleukodystrophy that only affects male children and is 100% fatal within two years of diagnosis. The prognosis is incredibly grim: Lorenzo will lose all bodily function within a matter of months, will go blind, deaf, and dumb, and will experience seizures until the day he dies, which will be soon. The prognosis hits the Odone’s like a Mack truck. But they have the means and the wherewithal to spend every waking moment for the next two years researching the disease and pushing doctors and scientists all over the world to find a cure where there is none. Augusto and Michaela stumble into a network of parents all over the world whose sons have either already died from the disease or are in the middle of it, and while they find support there, they realize that they are the only parents who are actually moving towards a goal of finding a cure. In their deep dive through research, their lives are transformed into a nonstop, uphill battle through red tape and complacent doctors and parents, and they capture lightning in a bottle when they come to realize that olive oil contains something within it that can help their son. By sheer will, they use their son as a test subject for an untested, experimental compound made and extracted from olive oil, and it seems to work … for a while. In order to beat their greatest enemy, which is time itself, they must sacrifice everything they have, and everything they are to try to save their son, or perhaps future sons who will be afflicted with this terrible disease.

From George Miller, the director of the Mad Max movies, Lorenzo’s Oil is just as grueling as any of his post-apocalyptic adventures, but it’s even more of a heart-pounding meat grinder of a thriller, especially since the story was based on a true story and we see every unflattering detail of poor little Lorenzo’s harrowing journey as his desperate parents try to save his life. This movie is not for the faint of heart; this is like a war movie where a formula must be found to stop nuclear war, or something of that nature: it’s that intense. There’s never a false moment in the film, but sometimes it’s almost too much to bear.

Kino Lorber has just released a new blu ray for this title, and as the film flopped and became sidelined over the years, this is the perfect time to become acquainted with it. The blu ray looks nice in high definition, and it also contains the trailer and a new audio commentary by a film historian. It’s affordably priced to own. 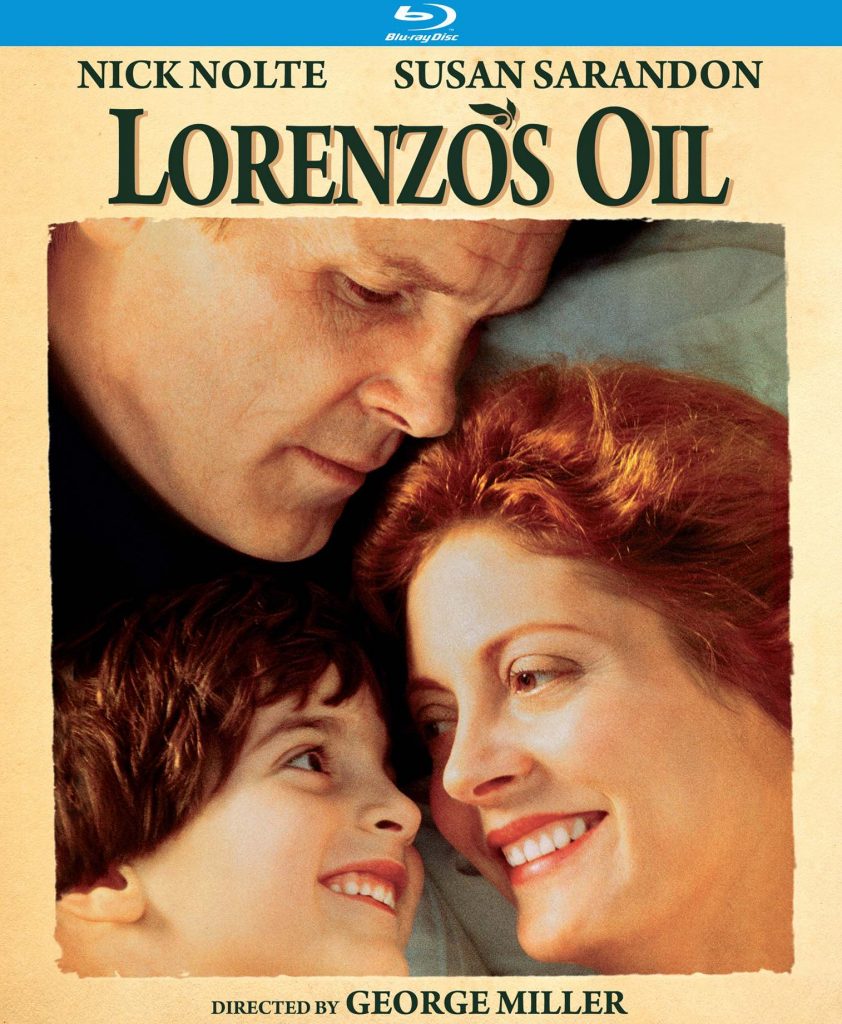