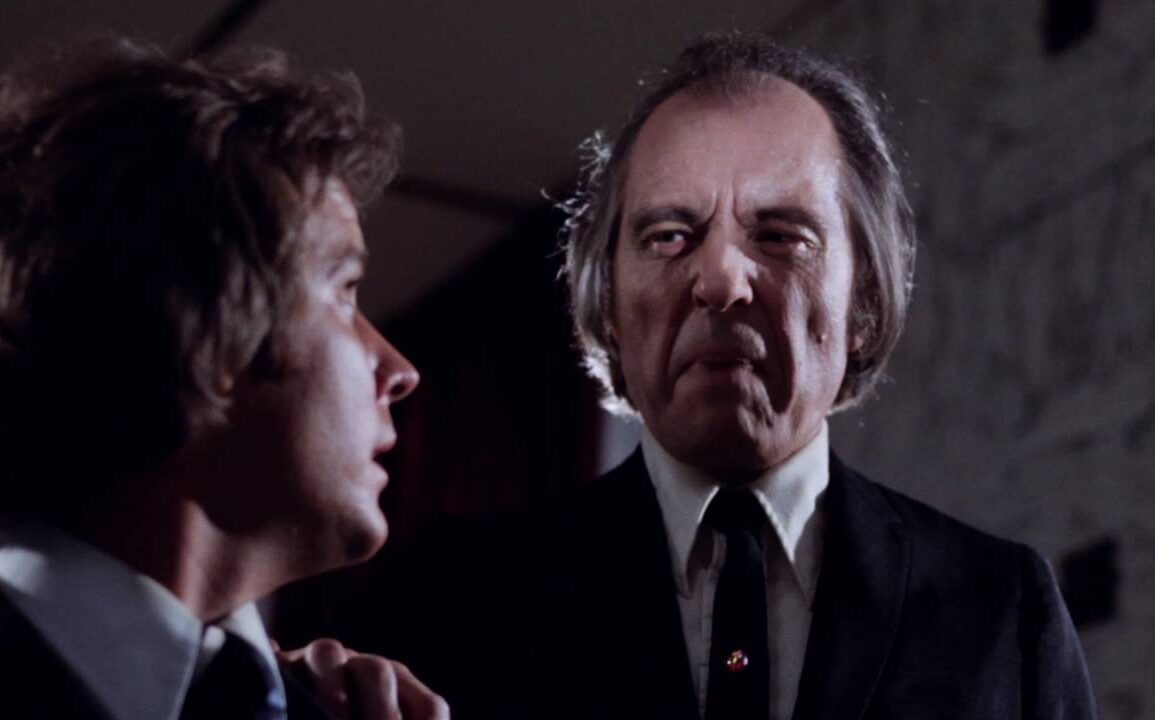 Legends of Horror: The Tall Man

Undertaker Jebediah Morningside wanted to find out out what happened on the other side of the veil. Little would he know that his curiosity would change him into one of the most iconic and disturbing horror icons in history. The Tall Man, an often silent and enigmatic character, loomed over the series and its protagonists, much like death is the invisible shroud that encircles us all. Despite rarely speaking (other than his catchphrase “Booooooy!” which he seemed to say whenever he spied the character of Mike), his presence dwarfs the Phantasm franchise.

But being tall couldn’t be all that he had, right? You betcha. He also had the silver spheres, which were creations straight out of hell. Containing the shrunken brains of human beings, the spheres were The Tall Man’s tools of destruction, flying death that could drill into your brain in an instant. Then he had the dwarfs, which were basically shrunken zombies. And guys with gas masks as well. Don’t fool yourself, though; The Tall Man didn’t need lackeys – if you cut off a part of his body, it would just reanimate and come after you. Oh, did you know the guy could also replicate himself? There’s nothing worse than an immortal bad guy.

But what exactly made The Tall Man so scary? Well, other than the fact you didn’t know where he was going to pop up or when, you also didn’t really understand what his motivation was. Did he want to take over the world? Did he want to build an army of the dead? Did he want to open a 7-Eleven and overcharge for slushies? You just don’t know, and that’s really part of the problem; when a villain has a clear plan, yeah, he might be scary and whatnot, but at least you have a modicum of control, you know his motivation, and you can deal with it. When the person’s motivations are mysterious, though? That shit’s scary because you just, you don’t know what they want, so you never know if they’re winning or not. When you’re not even sure what the monster wants (other than to eat you, of course), all bets are off.

I think another aspect of The Tall Man that’s terrifying is just how he looks. Angus Scrimm was an intimidating presence, and Don Coscarelli made sure to exaggerate both his height and weight (so he looked kind of like a reanimated corpse himself, which I suppose he was – oh hell, I don’t know what he was. Maybe an alien), and the fact he never spoke and just raised that eyebrow, he always looked in control. Then there’s the fact he looked like a mortician (because he was), and anything to do with death is always scary; I don’t care who you are, the great unknown beyond life is just frickin’ unnerving,

I don’t recall him having a massive body count (though who knows how many people The Tall Man actually killed), and I don’t remember his actual screen time, but it seems that regardless of how often he appeared on screen, he cast a pall over the characters and through the entire movie through all five Phantasm movies. Mike and Reggie seem to be struggling with the very nature of The Tall Man and his constant plots throughout the film, and despite the inroads they make, it never ever feels like they have the upper hand over him. Even when they think they have a small victory over him, he just reappears, alive (or undead) and rejuvenated, ready to confound and harass the good guys.

So, wherever you, raise a glass to Angus Scrimm and Don Coscarelli, the two men who created a horror legend. While he wasn’t the flashiest or the most verbose, Scrimm’s quiet, menacing presence fueled by Coscarelli’s vivid imagination made one of the most memorable horror movie characters to haunt our dreams.