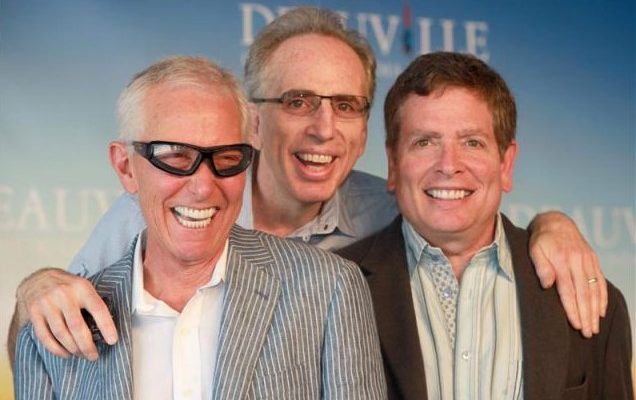 It is rare for an acronym to be considered legendary. It is even rarer for a group of filmmakers who only made a handful of films. Yet Jerry Zucker, Jim Abrahams and David Zucker are just that – comedic legends. While their impact on the comedic landscape was brief, it shone bright, and thanks to the lasting legacy of their movies, their work will withstand the test of time, even when other so-called legends have turned to dust.

Let’s turn to their first joint effort – Airplane! A smash hit that coined the phrase “Don’t Call Me Shirley” and led to a sequel, Airplane! was the king of spoof movies, a send-up on the old Airport movies. While there are different levels of ludicrousness that other comedic legends I have reviewed possessed, the hallmark of ZAZ movies was outright ridiculousness. This included star Robert Hays having “a drinking problem” (meaning he kept missing his mouth when he drank), a lineup of passengers with weapons waiting to assault a hysterical passenger, and air traffic control tower manager Lloyd Bridges regretting giving up numerous vices, only to turn back to them in succession during the ill-fated airplane’s voyage. Oh yes, and Robert Stack drove in front of an apparent rear-projection screen and, when arriving at his destination, took off sunglasses only to be wearing other sunglasses underneath. To the team of ZAZ, anything and everything was preposterous, and they were never shy to show that attitude.

We then turn to Top Secret! (They loved their exclamation marks after titles, didn’t they?). Another spoof, this time a send-up on war movies, featured Val Kilmer as a Paul Anka-esque singer who performed in Germany during the war and got embroiled in the French resistance. Featuring another string of absurd scenes (such as pigeons taking a leak on a pigeon statue, a Nazi who only believed what he read in the New York Post, a man who sneezes into his hand, only to scream and jump out a window, and a surreal underwater fight scene between Kilmer and the villain of the movie), Top Secret! proudly follows in the footsteps of its predecessor. While some may find it derivative to follow the same style of comedy, it works because the team behind everything is funny, their jokes do hit, and they obviously love movies because they lampoon them so well. Oh, and how could you hate a film where a talent agent locks himself in a hotel room with a sex toy, only for Commandant to bemoan that when they captured and tortured the man, “It took three days just to get the smile off his face.” Priceless.

We then go to what may be their most serious film, Ruthless People. A departure from their other two films, Ruthless People is more clever than absurd, has a coherent storyline and doesn’t follow the gag-a-minute formula of their previous outings. Instead, they came up with the intriguing concept of an opportunistic man whose wife is kidnapped, much to his delight, only to have to play up to the media how distraught he is. The wife becomes friends with the kidnapper and helps them plot how to screw over her husband and get the money they seek. While this may be their most high-concept outing, don’t think the laughs were missing. Danny DeVito, in particular, is gleeful as the slimy husband and gets all the great lines, while you also have a mother-hating murderer and possibly the world’s stupidest would-be kidnapper in the mix (how stupid is he? He doesn’t know that the police are yelling at him through a bullhorn and continuously looks around, asking who is yelling at him). It’s all fast-moving and rollicking good time and shows that the ZAZ team was capable of more than slapstick spoofs.

The final film I’ll look at is a movie version of their Police Squad series, called The Naked Gun. Leslie Nielsen, who had been known as a serious actor until the ZAZ team cast him in Airplane!, stars as Lieutenant Frank Drebin, a hapless policeman who battles umpires, an opera singer and Ricardo Montalban, all to solve a heroin case and to find out who shot his partner, Nordberg (played by OJ Simpson – yeah, it’s that old). Along the way, he’s charged with sexual assault with a concrete dildo (don’t ask), attempts a high-speed chase with a student driver, and takes a post-press conference pee while keeping his mic on for all to hear. It’s a hell of a send-off for the ZAZ team, spawned two sequels, and it’s impossible to think of Nielsen as anything but a comedic actor after this film. In short, it’s genius.

In closing, despite the relatively few entries to their filmography, few comedic teams could rival ZAZ. They did go on to some individual success, but nothing, in my book at least, rivals their collaborations. Thanks to them, I will never be able to look at a picture of a cow again without wondering if the animal is really a bunch of guys in costume walking around in army boots.