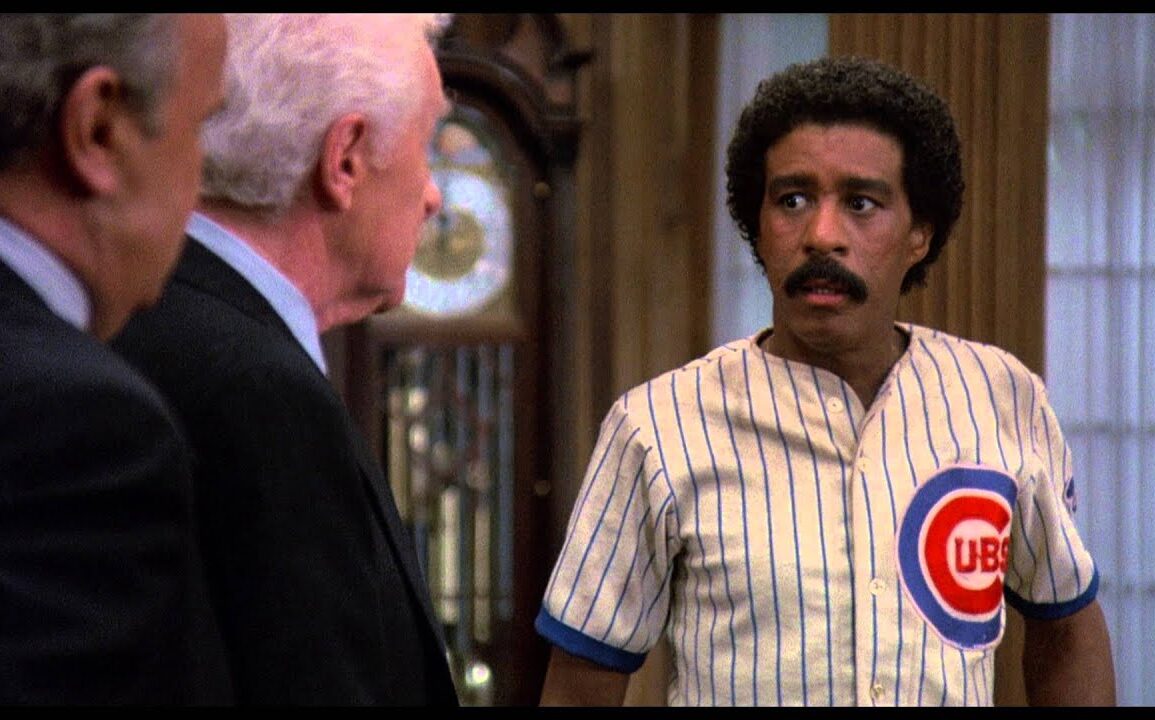 Of all the comedy legends who have joked their way into our hearts, it could be argued that Richard Franklin Lennox Thomas Pryor was the best. The master of the deadpan, Pryor, could put you in stitches, merely be staring incredulously at someone. While I was too young to enjoy his stand-up comedy (which I understand was a lot edgier than his film work), his movies were hilarious, and while they may have been a lighter form of his comedic persona, that did not mean they were any less special.

When I think of Richard Pryor, I can’t help but think of his longtime partnership with Gene Wilder. There was something magic about Wilder’s panting, frantic style of comedy paired with Pryor’s streetwise, observant form of banter. While I never saw Silver Streak, Stir Crazy is a fantastic comedy, with Pryor and Wilder teaming up for one of the cleverest prison escapes in cinema. Yet it was their time in stir that I remember fondly, especially when they discover their new cellmate, the imposing Grossberger. While Wilder tries to talk his way out of the situation, Pryor goes the way that I think most people would and literally melts when confronted with the supposed mass murderer. The juxtaposition is comedy gold.  Then there’s See No Evil, Hear No Evil, where a blind Pryor memorably yells, “What do you mean I’m not white?” on a crowded New York subway. The best part, though, is when he’s mistaken for a Swedish professor and tells a packed house of intellectuals that sex is the best exercise for geriatric sexuality. The enthusiastic way he explains it just makes me burst into laughter every time.

An unsung entry in Pryor’s filmography is the film, Moving. I caught this in the theatre with my Dad, and to this day, I laugh my ass off when Pryor sheepishly piles his plate with mashed potatoes to break it to his family that he’s moving them from New Jersey to Idaho. Then there’s his reaction when they arrive at the house and find that almost everything is missing – including the pool.  But the best him trying to con his sons with the promise of dessert to avoid the cussing out he’s going to receive from his wife, who is angrily emptying her pocketbook into the family’s swear jar.

Brewster’s Millions may be his best movie. I highly recommend it for those who haven’t seen it – a cautionary tale of wishing for wealth. As clever as it is funny, it shows Pryor trying to spend 30 million dollars in 30 days to inherit 300 million dollars  – with the caveat that he can’t buy anything for himself and he can’t give it all to charity, so he has to waste it all.  Perhaps the best scene is when he hires someone just to bet on horse races for him, with the stipulation that every horse has to be the longshot. They all pay off – of course. Pryor’s frantic and exasperated reaction, which heightens as he gets closer to the deadline, is a different side to him, but it seems the more frenzied he gets, the funnier he is.

My all-time favourite Pryor movie, though, is Superman III. I know that Superman fans grit their teeth and complain about his inclusion in the superhero’s mythos, but I can’t help it; the guy is just so good and fits the movie’s tone so well.  Of particular note is the scene where he gets Brad drunk and tries to jerry-rig a pulley system to insert two cards at the same time to access the enormous computer Brad is guarding. Did I mention that Pryor was drunk as well? He makes a complicated process that much funnier.  Then there’s his absolutely ridiculous speech, masquerading as an army general to give Superman a tainted piece of kryptonite. I literally never watch the speech – I’m too busy at laughing at Pryor’s almost incoherent yet passionate patter of nonsense.

I highly recommend going back and watching his performances for those of you who dismissed Pryor’s film work. While not as cutting edge as I have heard his stand-up comedy, there are some genuinely great moments in them. There will probably never be another like him, but thanks to the magic of film, we can enjoy his legendary comedy skills for the rest of time.