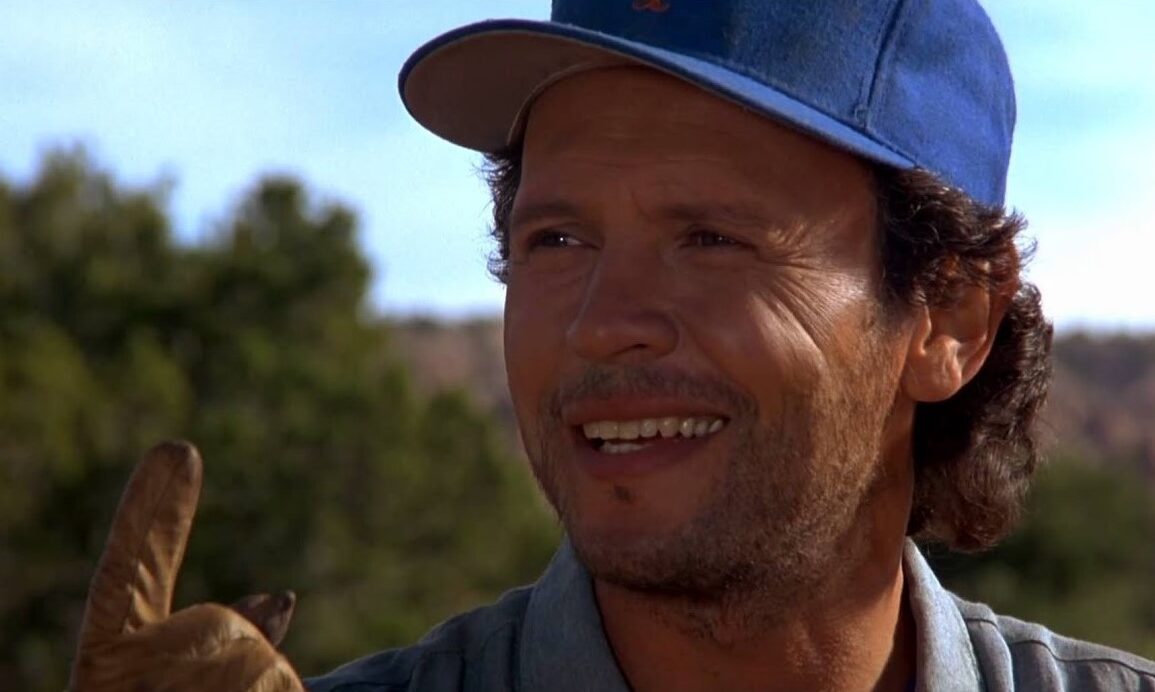 Billy Crystal has always been, to me, the epitome of the clever, sarcastic, and wryly funny New Yorker.  Regardless if you started watching him on the hit television show Soap or his later performances in the City Slickers movies, Crystal is the classic commentator on the inherent stupidity of the other characters and what they say from the perspective of the audience. That he presents himself in such a way often instantaneously endears himself to us within five minutes of whatever movie he stars in.

My experience with Billy Crystal started with that show, Soap. He was always one of my favourite characters on the show, the son of Richard Mulligan’s character, Burt, who, while loving his father and his family, wasn’t beyond pointing out the ridiculousness of the inane things they would say.

The next time I saw him, it was in the Princess Bride, as Miracle Max.  While his part wasn’t that big, he was hilarious in the one scene he appeared in, coming off as a swindler who refuses to help the good guys for true love but will do so for revenge. He then happily sees off the good guys on their journey while admitting to his wife, played by Carol Kane, that it would “take a miracle” for the pill he gave them to do what he told them it would.  Despite his small role, Crystal’s banal performance makes it memorable.

He went on to do the black comedy Throw Momma from the Train, which I saw years ago and remember nothing about, other than he was at odds with Danny DeVito. Likewise, I missed the classic When Harry Met Sally (though I obviously have seen the fake orgasm scene, which is legendary). Before long, though, Crystal reappeared on my screen in my all-time favourite of his movies, City Slickers.

City Slickers is a great film, a story of three New Yorkers going on an adventure to a dude ranch and then a cattle drive in the west, while Crystal’s character is suffering through a major mid-life crisis. You have all the elements of classic comedy here – the fish out of water, old-school values vs. new-school awareness, country vs. city – it just works on multiple levels.  Not only is it pretty funny, but it’s a very touching, emotional movie – when they manage to get the herd moved to their destination, you can’t help but feel happy for the accomplishment of the self-professed “city slickers.” The sequel wasn’t anywhere near as good as the first one, but as sequels went, was alright.

It was also around this time that Crystal famously took on the role of host of the Academy Awards and made a long, tedious, and sometimes annoying viewing experience more tolerable through his quips and his energetic musical medley of the academy award best picture nominees. While he didn’t hit with all his jokes (there was that time he kept returning to the schtick of Jack Palance reportedly doing incredible things, which got old quick) but at least he showed more personality than some of the hosts (*cough*James Franco and Anne Hathaway*cough*).

The last great Billy Crystal movie I remember seeing was Forget Paris. I don’t know why, but throwing Crystal into an environment where he was an NBA referee, and recounting his love story with Debra Winger’s character, just worked. It helped that he had a pretty good cast around him and was co-written by Lowell Ganz and Babaloo Mandel (who were great comedy writers of that day), but it was the charming ordinary joe Crystal with his wry observations that made it all stick.

That’s it for my reminiscences of Billy Crystal’s great movies. I never saw Analyze This or Analyze That (though I understand they were good), and Father’s Day was an unmitigated disappointment (putting him and Robin Williams together was a surprising misfire), and he’s done a lot of voice work since then (the Monsters Inc. movies and the English dub of Howl’s Moving Castle), but I will always think of Crystal, onstage during the Oscars, entertaining the world, as well as hitting the trails with Jack Palance at his side, learning to be a cowboy.