One of 2020’s biggest cinematic disappointments, Last Night in SOHO gets so close to getting it right, but ends up being so far from perfection.

A young aspiring fashion designer goes to London and somehow gets periodically transported to the 1960s and uncovers a decades-long murder mystery no one knows about.

Having been accepted to a high-end fashion design school in London, under privileged Eloise (Thomasin McKenzie) takes a room at an old house run by a crotchety elderly lady (played by Diana Rigg in her final role) and manages to juggle a job at a pub while attending classes and paying her bills. Almost right away, she begins having striking visions and all but crosses into a dimension of the past where the world around her is 1960’s London in the very area she is going to school, working, and sleeping at her lodgings. She has a mirror image that is not herself, but a beautiful young aspiring singer named Sandie (Anya Taylor-Joy), whom she sees throughout moments of her life. She sees that Sandie obviously has talent to burn, but instead of becoming a famous singer, Sandie settles for a pimp of a boyfriend (played by Matt Smith) who gets her involved with prostitution and degrading herself on a nightly basis at a cabaret club. Eloise’s mind fractures a bit as she thinks she’s having a nervous breakdown and an identity crisis of her own as her world succumbs to the ghosts of the past and striking, gory visions surrounding Sandie. A mysterious man in her present time (played by Terrence Stamp) suggests that the past is going to catch up to her, and not in a pleasant fashion, but as the past collides with her present, Eloise makes a startling discovery of a series of murders that no one has been asking questions about for close to fifty years …

An intriguing and stylish concept from writer / director Edgar Wright makes Last Night in SOHO a promising endeavor, but as with all of Wright’s films (at least to me), the movie is undone by an unsatisfying conclusion. This movie more than any of Wright’s previous films gets closer than ever before to being a project worth watching a second time for further study, but it gets lost in the telling and unravels far too soon and completely misses its mark. I enjoyed the look, sound, and energy of the movie, and while his cast works hard to maintain the expired energy of the film, there is never a moment as I look back on it where I felt the movie felt genuine or golden. One of 2020’s biggest cinematic disappointments, Last Night in SOHO gets so close to getting it right, but ends up being so far from perfection.

Universal has just released Last Night in SOHO in a Blu-ray / DVD / Digital Code edition, and it also comes in a 4K / Blu-ray / Digital edition. Bonus features on the disc include deleted scenes, plus four featurettes that immerse the viewer in the process of making the movie. 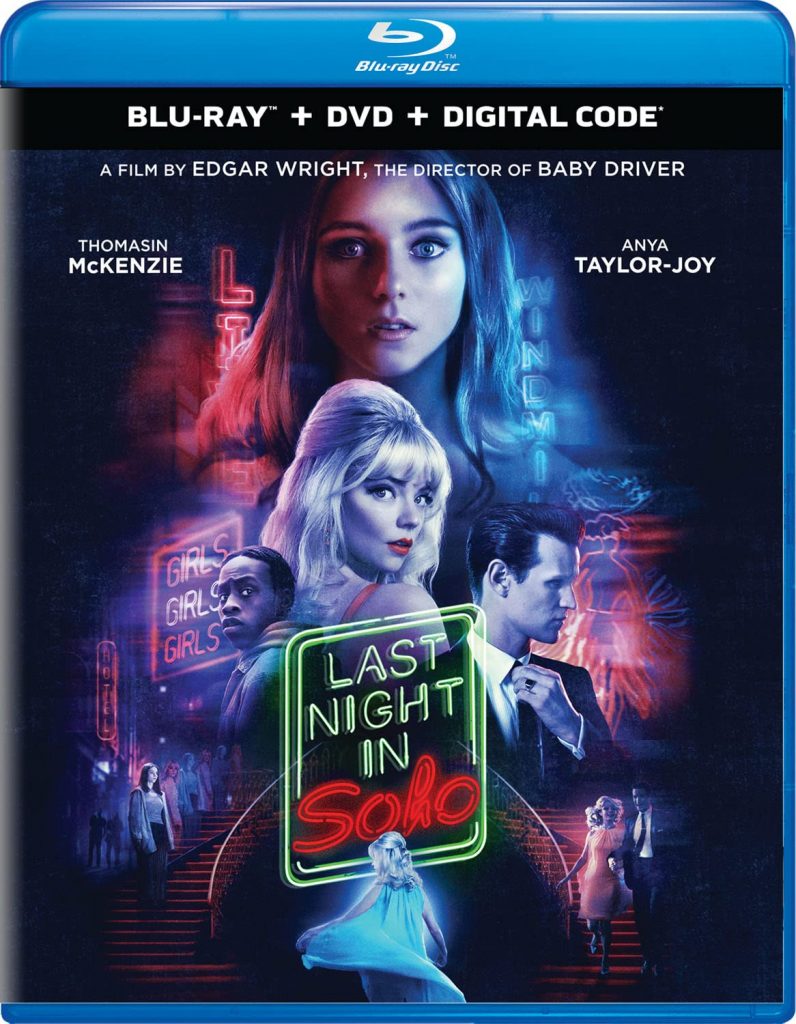