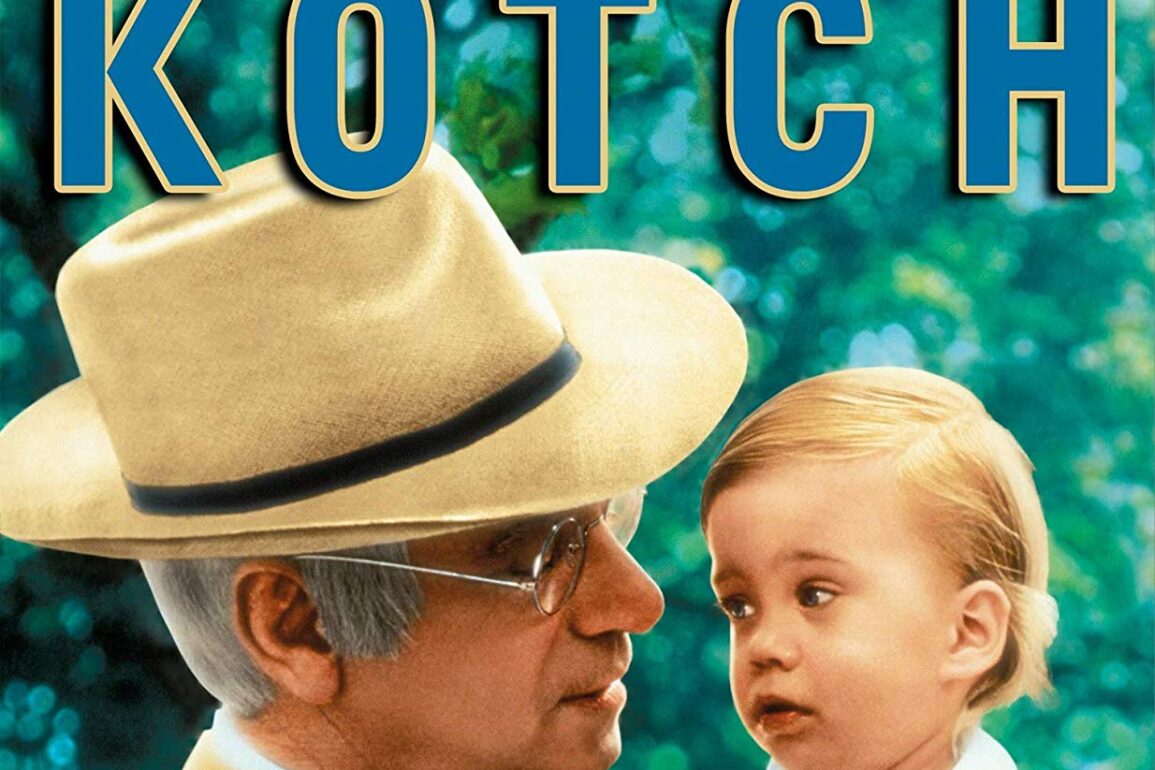 Directed by Matthau’s friend and frequent co-star Jack Lemmon, Kotch is a sweet and somewhat melancholy film about ageism and life itself.

Plot: Wanting to avoid settling in a nursing home, Joseph Kotcher, a retired salesman, is obliged to leave his son’s family. He embarks on a road trip during which he strikes up a friendship with a pregnant teenager and begins to understand the true meaning of life as he helps the girl give birth to her child.

Review: Living in his son and daughter-in-law’s house, Joseph Kotcher (Walter Matthau in an Oscar-nominated performance) loves spending time with his toddler grandson, but no matter how well-meaning he is, the old man wears out his welcome by being a little too much with his doting attention and know-it all, been there-done-that approach to it all. His son and daughter-in-law decide they’ve had enough of the old codger and nudge him to live in a retirement home, but that’s not in the cards for Kotcher: He decides to move out and live in the deserts of Palm Springs, buys himself a jalopy car and despite his initial loneliness, he enjoys the quiet life for a while … until he bumps into his grandson’s pregnant babysitter Erica (Deborah Winters), a disgruntled and naive teenage high school dropout, who is trying to make her way in life. Kotcher ingratiates himself into her confused life and he implores her to come live with him as his housekeeper, with the promise that he will take care of her through her pregnancy, and possibly even beyond that stage. The girl doesn’t see his wisdom at first, but over the course of her second and third trimester, she comes to finally realize that Kotcher is a treasure of a human being, with his attentive wisdom and attention to her every need. In a sweet twist of fate, it is Kotcher himself who ends up delivering her child, and it creates an instant bond between the old man and his ward.

Directed by Matthau’s friend and frequent co-star Jack Lemmon, Kotch is a sweet and somewhat melancholy film about ageism and life itself. Matthau, with the help of make-up, is aged for the screen, and he was perfect for the role. If this were to ever be remade, I have no clue who could portray his character. The film is a real time capsule of the early 1970’s, and it’s like looking at your parents’ old photo albums (at least that’s how I felt). Marvin Hamlisch provided the score. Based on a book by Katharine Topkins.

Kino Lorber’s new 4K scan of Kotch is a real treat to watch. Beautiful and crisp, the transfer dazzles. Special features include a new audio commentary by two film historians, and a promo trailer.