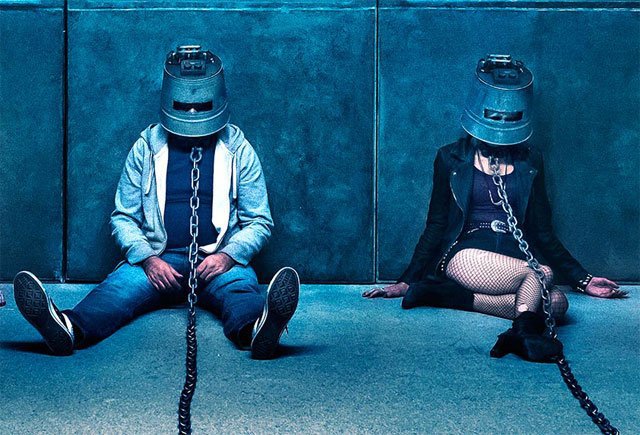 Fans of the Saw series will enjoy this latest entry however, I can’t tell the Saw movies from each other. This one is just as sordid and confusing as the rest.

Plot: Bodies are turning up around the city, each having met a uniquely gruesome demise. As the investigation proceeds, evidence points to one suspect: John Kramer, the man known as Jigsaw, who has been dead for ten years.

Review: At the very least, when the “torture porn” genre becomes an unhappy memory in cinema history, we’ll look back at the Saw movies and sort of see where it all began. I have a strange relationship to the Saw franchise. I saw the first one theatrically (October 30th, 2004) the day I went out with the woman who would eventually become my wife. Every year after that when a new Saw film would come out, I would see it theatrically right around the time my lady and I would celebrate another anniversary, all the way up to October 30th, 2010, which was the day we married. So literally the night before I got married, I went out to see Saw 3D as a way of commemorating my relationship with the woman I loved. Pretty bizarre, actually. And then, after 7 of those ugly, little movies, there was silence … until Jigsaw was released this past October, which tried to rekindle the lost years by bringing the Jigsaw killer (played once again by Tobin Bell, whose character died at least four or five movies ago) back with a grisly vengeance. I honestly can’t really tell the Saw movies apart. I’ve only ever seen them once each, but there’s something sordidly enjoyable (to a degree) about this twisted vigilante killer franchise. It’s a hard thing to pinpoint, and each one has more of the same, with varying degrees of torture and gore, but the formula worked for a long time and virtually opened the floodgates of the horrid subgenre in horror – torture porn – in the western world. Jigsaw is clever and confusing (like the other entries before it), and it’s a shame it wasn’t shot in 3D like the 7th entry, but the Spierig Brothers who directed it (they also made the outstanding films Daybreakers and Predestination) give the movie some much needed style. I have a feeling this is the last Saw film we’re going to get, but if it isn’t, I hope they release it at the tail end of October … again.

The Blu-ray for Jigsaw from Lionsgate contains the special features “I Speak for the Dead: The Legacy of Jigsaw,” a 7-part documentary, “The Choice is Yours: Exploring the Props,” and an audio commentary by the producers.