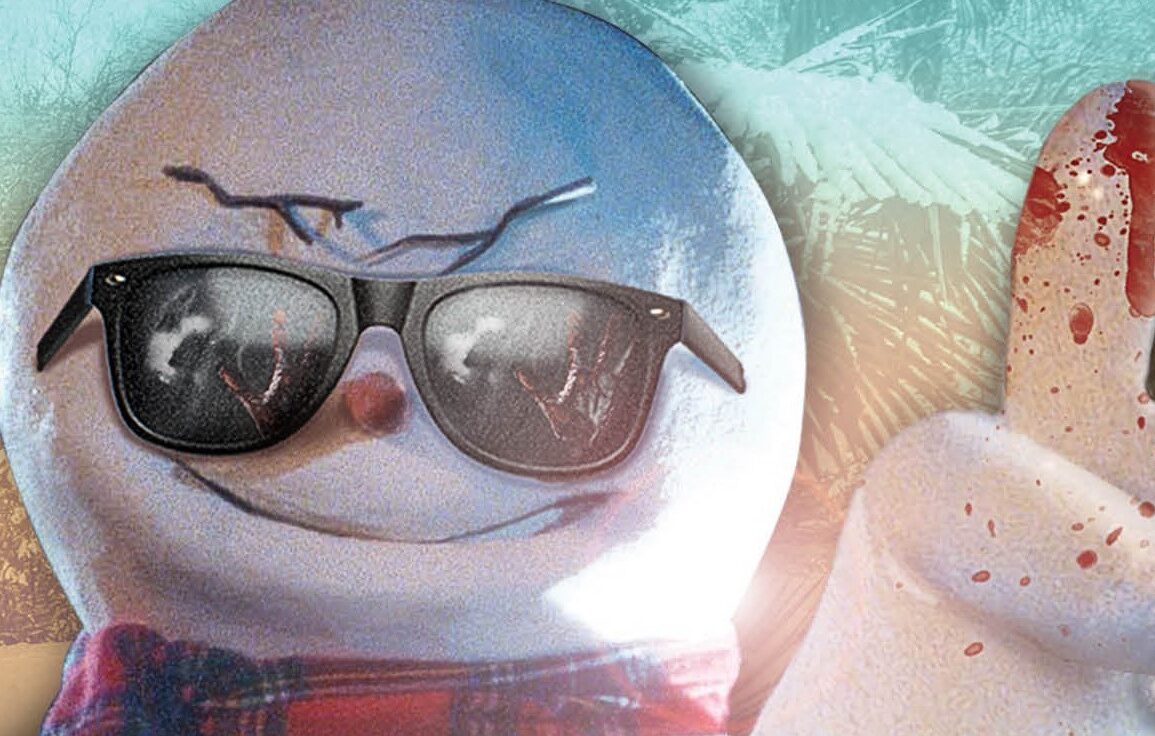 With cheesy, but sometimes shocking, and jaw-dropping kills and an overreliance on corny one-liners by its antagonist, Jack Frost 2 tries going for the laughs and chuckles instead of the jugular, and it certainly knows what sort of barrel it was destined to end up in. The “R” rated version is definitely the version to pick up, and not the severely edited and chopped version that removes all the gore and nudity.

A serial killer in the shape of ice and water returns as a killer snowman in a tropical island at Christmastime.

Sheriff Sam is shell-shocked with PTSD after battling the impossible – a serial killer in the form of a grinning snowman – and no one really believes his story despite it all being true. Even his therapist laughs at him and won’t sympathize, and so Sam (played for the second time by Christopher Allport) decides to commemorate the one-year anniversary of his war with Jack Frost (this time only heard, but never really seen, played by Scott MacDonald) by taking his longsuffering wife to the Bahamas for Christmas. Somehow, by sheer chance and improbability, Jack Frost’s essence contained in antifreeze coolant buried in an unmarked grave manages to snorkel its way across the Pacific Ocean by way of some liquid and a carrot (!) all the way to the Bahamas where Sam and a bunch of tourists are trying to enjoy the all-you-can-eat buffets. A troupe of bikini models are there on a photo shoot, and wouldn’t you know it? Jack Frost – by way of some killer ice cubes – gets to slashing and gashing through the sand! Only Sam is there to stop the killer Frost, who has somehow managed to replicate himself with little Gremlin-style snowmen.

Not that the first Jack Frost needed a sequel, but here you are with the campier and more awesomely ridiculous follow-up that everyone somehow needed to see. With cheesy, but sometimes shocking, and jaw-dropping kills and an overreliance on corny one-liners by its antagonist, Jack Frost 2 tries going for the laughs and chuckles instead of the jugular, and it certainly knows what sort of barrel it was destined to end up in. Never taking itself seriously for one single second, the film lacks a holiday vibe, which might’ve helped, despite being set at Christmas. The performances – particularly by Allport, who miraculously finds pathos in a poorly written role – all try to stir up the sense of a weird, alternate reality where a serial killer has managed to meld with unstoppable liquid. The premise is so unbelievably stupid, but the movie still somehow moves along as if in defiance of its outlandish outline. From writer / director Michael Cooney.

MVD Rewind released Jack Frost 2 onto a premium Blu-ray edition last holiday season, but I’m only just now catching up with it. The picture quality is solid in widescreen high definition, and comes with a bunch of bonus features, including commentaries, interviews, behind the scenes features, a foldout poster, trailers, and more. NOTE: Make sure to grab the “R” rated version instead of the severely edited down and chopped version that might still be floating around out there. The “R” rated version has all the gore and nudity intact, so pay attention. 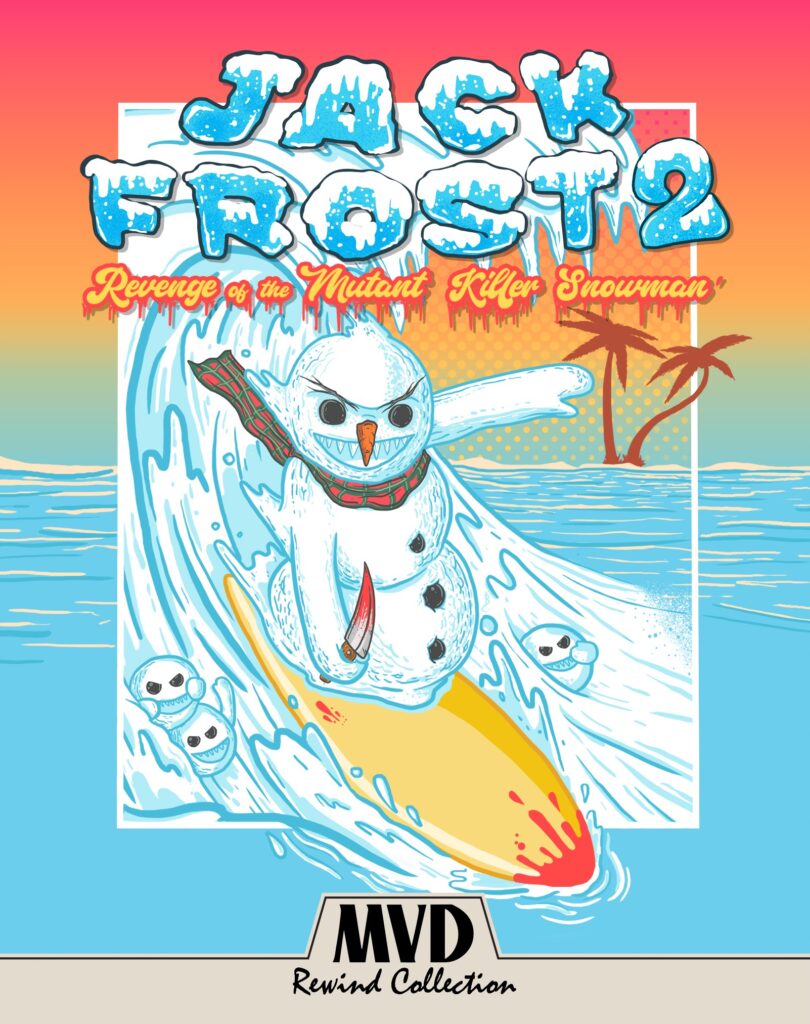