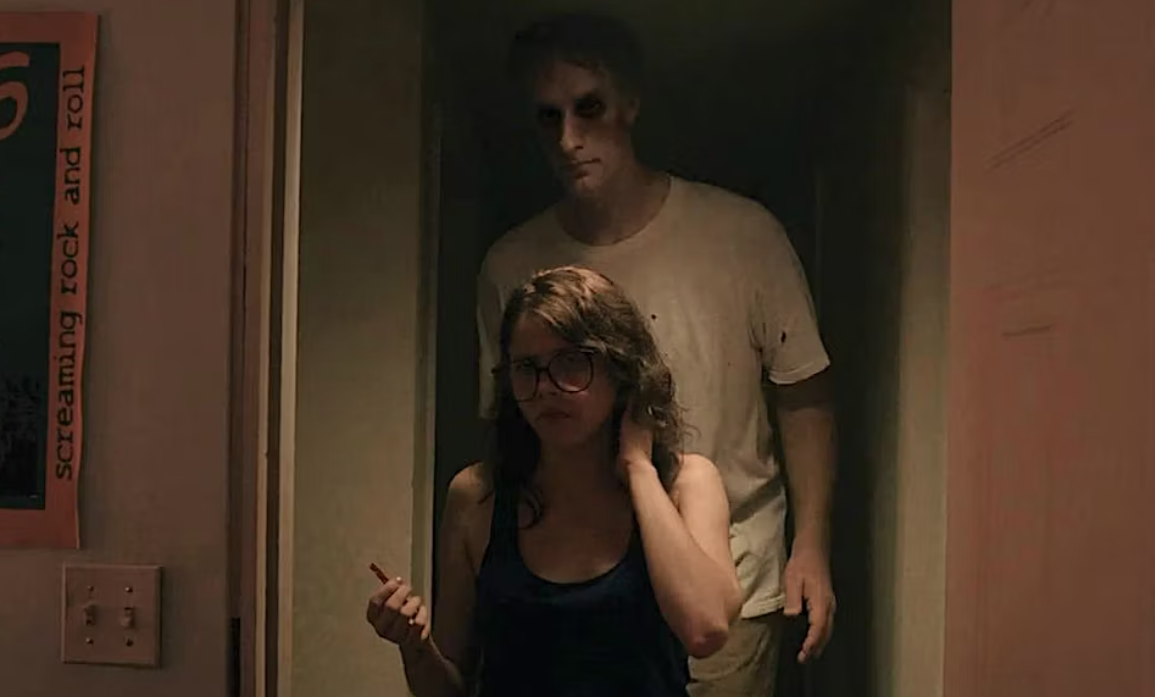 It Follows is refreshingly different with a genuinely unsettling concept and solid performances from the cast; there aren’t that many scares but it will keep you on the edge of your seat throughout.

Plot: After carefree teenager Jay (Maika Monroe) sleeps with her new boyfriend, Hugh (Jake Weary), for the first time, she learns that she is the latest recipient of a fatal curse that is passed from victim to victim via sexual intercourse. Death, Jay learns, will creep inexorably toward her as either a friend or a stranger. Jay’s friends don’t believe her seemingly paranoid ravings, until they too begin to see the phantom assassins and band together to help her flee or defend herself.

Review: I’d heard many good things about this movie so I sat myself down last weekend and finally gave it a watch. It Follows isn’t so much scary as it is unnerving; it makes you feel awkward and will (temporarily) put you off the idea of causal sex too.

It’s not very subtle but still manages to have a good few chilling moments where you’ll feel uncomfortable and a few “WTF” moments which are the most entertaining scenes.

I liked the characters as their conversations felt believably awkward and they were all relatable.

It has a cool 80’s synth-style score which gives the film an almost otherworldly feel but also helps make it more unsettling. The fact that we never really get any explanation as to what “it” really is makes it all the more chilling and keeps the creature/demon mysterious; it doesn’t descend into a silly CG monster either keeping the fear very real.

It’s unpredictable and you never really know which way the story will go but you want Jay to be free of this nightmare; the problem is she has to pass it on to someone else so there’s the added moral dilemma of what should she do.

Overall, It Follows is refreshingly different with a genuinely unsettling concept and solid performances from the cast; there aren’t that many scares but it will keep you on the edge of your seat throughout.