The movie from director James B. Clark is sort of a Disney-styled young adventure that features some surprisingly grim details, but for the most part it’s a rather simplistic tale of survival that features its heroine working alongside her dog companion.

A teenage Native American girl and her little brother are left behind on an island, and she comes of age while alone.

A small tribe of Native American Indians has lived on the coast of a little island that has everything they need to sustain a life that could last generations. The chief distrusts any foreigners who occasionally come in on their ships, and when he’s offered some trinkets and iron weapons for trade for the skins of sea otters, he accepts the deal, but when the Europeans betray him and his people, the tribe is left without iron … and without a chief and most of their men because they’re all slaughtered in a senseless ambush. The tribe flounders, and when some missionaries come and offer to take what remains of the tribe away for a better future, the tribe goes, but a little boy named Ramo (Larry Domasin) and his older sister Karana (Celia Kaye who later married filmmaker John Milius) are left behind. With enough survival skills to get by, their main predators come in the form of a pack of dogs, which unfortunately kill little Ramo, leaving Karana to fend for herself. Fashioning a bow and arrow, she wounds the leader of the dogs, but then her strategy shifts to nurse the dog back to health, which makes it an ally rather than an enemy. For years, they live day by day until the inevitable day when more foreigners come, leading her to make a decision that will decide the rest of her life.

Based on a famous novel, which I remember reading when I was in grade school, Island of the Blue Dolphins was inspired by a very sad but true story about a young woman whose entire tribe left on a ship, which then sank, drowning everyone aboard, and she spent 18 years alone on her island, where she was then “rescued” by some missionaries who took her to a little mission, where she died seven weeks later of dysentery. It’s a horribly sad true story, but the film (and the book) left out some of the sadder details. The movie from director James B. Clark is sort of a Disney-styled young adventure that features some surprisingly grim details, but for the most part it’s a rather simplistic tale of survival that features its heroine working alongside her dog companion. If you’re an animal lover, steer clear of this one.

Scorpion Releasing recently put out a Blu-ray of Island of the Blue Dolphins, and it features a new 2K master, plus the trailer. I have no idea if this book is still being taught in schools, but the movie would make a nice companion piece after a class reads it together. 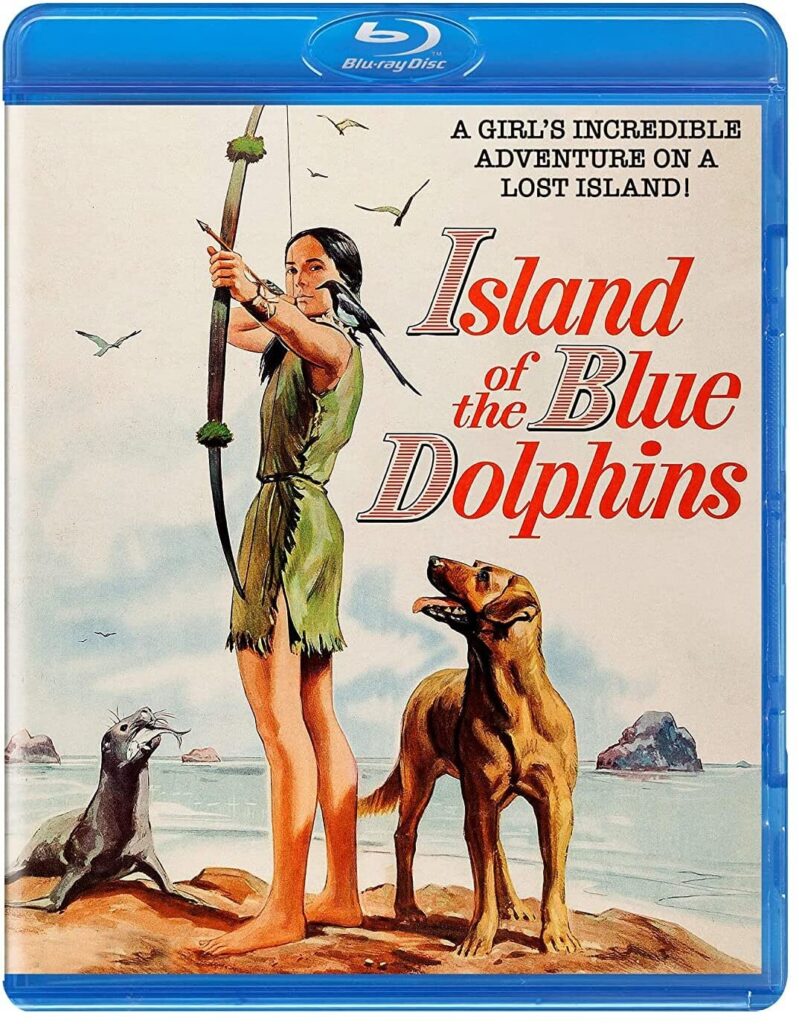