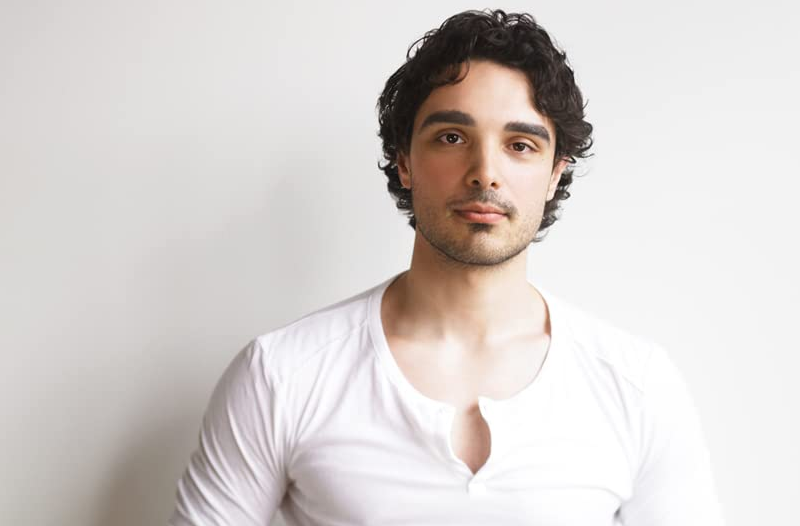 BEAST WITHIN is a creature feature stars Steven Morana (Whiskey Business) and Holly Deveaux (The Mist) as a couple attending the launch party of their gaming app Werewolves Awaken, but when a guest is mysteriously found dead, they question who could be the killer, as everyone becomes a suspect and player in a deadly real-life version of the game.

Morana who co-directed with Chris Green (Zombie Werewolves Attack) and co-produced with Nic Izzi (1BR) plays the timid tech genius turned action hero and his martial art background contributed to him doing all his own stunts during the confrontation with the werewolf.

The film is now available On Demand in Canada and the US.

Thanks for chatting to us – or is it written in your contract you have to? Ha!

It’s a pleasure to do this. Thanks for supporting our film. I will go on the record and say I did this of my own volition and not due to any contract obligations. lol

How did this film come about, sir?

My fellow producer, Nic Izzi, introduced me to the script and I jumped in shortly after.  We started development from there.

Was it shot in your neck of the woods?

Yes. It was shot in the greater Toronto area where I am from.

Tell us about your cast – who was new to you, who have you worked with before…

I had worked with some of the crew members before but the cast were all new to me. We have a great ensemble cast of iconic actors like Colm Feore and Art Hindle and rising talent like Ari Millen and Holly Deveaux. It was an honor to work with such a talented group of artists.

There’s some genuine frights here. What do you think makes the film scary?

The Lighting, cinematography  and great sound design were integral in bringing forward the sudden scares.

Is sound still as important as ever in the creation of a horror movie?

Yes! The sound design with our wolf was critical in bringing our film to life. We also went in a unique direction with the score. The soundtrack was a fresh modern take with a combination of orchestral, electronic and hip hop beats fused together to bring the mystery and horror tone to the film. We also wanted musical themes for our wolf whenever it appeared on screen like in Jaws.

If the movie was playing as part of a double feature at the drive-in, what would you recommend the other movie be?

It would be nice to play the classic “The Wolfman” (1941) as the second feature and hopefully have them play during a full moon!