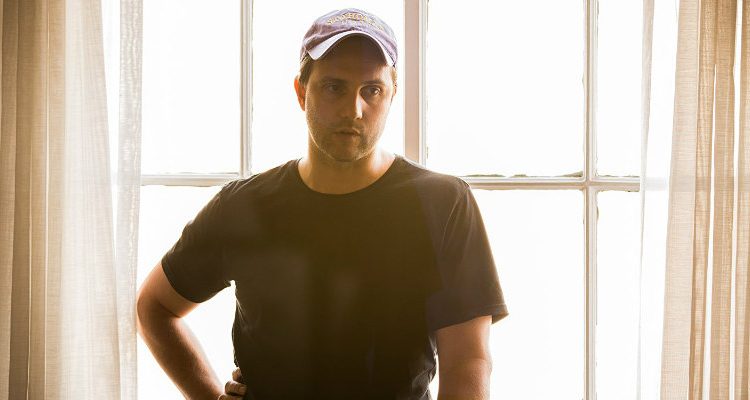 So what does a producer do? We speak to one of the busiest producers around, Mark Heidelberger, to get the answer!

For those that aren’t aware, what do producers do?

There’s an analogy I like to use that often helps demystify the role of a film producer. I tell people I’m like “the conductor of the orchestra.” I might not know how to play the cello or the French horn or the timpani drum, but I know how to find all the musicians, put them together and make them play. I pick the music and guide the performance. I know how it should sound. Plus, I know enough about each instrument to tell if something is wrong and how to fix it. In terms of my actual core duties, I find and develop the underlying written material like the story and script, procure and manage the financing, hire the director, participate in the hiring of other important elements like lead cast and key crew (production manager, cinematographer, editor, etc.), guide the overall creative direction through production and post, secure distribution, and oversee marketing and publicity efforts to ensure the film reaches its audience. The producer is the project’s creative and fiscal gatekeeper, and the one role that is part of a project from inception all the way through release. That’s a main reason why I love it.

And the difference between an executive producer and a producer is…?

Honestly, people often take whatever title they want, regardless of whether their contributions justify the credit. This has never been truer than with producer credits. So, just seeing an executive producer credit or producer credit doesn’t automatically mean you can discern what their actual duties on the film were. That said, a generally accepted guideline has materialized over the years that helped define the relationship between the producer and EP, although it really depends on whether you’re working in the independent film world or on studio pictures. The producer is always the main guiding force of the project, but the indie world often gives EP credit to the person who puts up the money or some other valuable asset that’s instrumental in launching the project, making the producer accountable and in many ways subordinate to the EP. In the studio world, the studio is funding the picture, so the EP credit is often reserved for creative or development executives who work under the main producer, thereby reversing that direction of accountability. 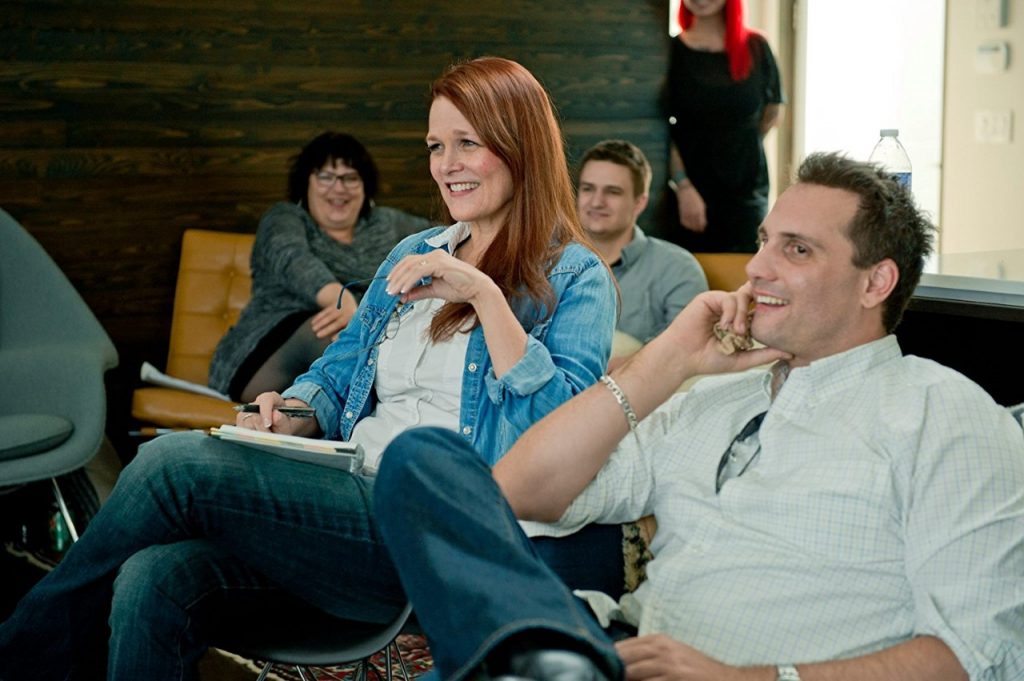 In terms of say, The Basement, your upcoming horror film with Mischa Barton, what was your involvement?

I had collaborated with writer-director Nathan Ives on several feature films in the past dating back to 2008, and he came to me one day with the script for The Basement. In addition to serving as the film’s main producer, I also acted as the line producer/UPM, which is to say I was tasked with overseeing the day-to-day management of the schedule, budget and production team. I first ran the numbers to see what the film would cost, and because we were able to keep it reasonable, the financing came together very quickly through the same source that had backed our previous film collaboration, A Christmas in New York. Once the money was in place, I had to hire the key crew, lock all the vendors, find the locations and supervise the on-set execution. I also gave notes on the screenplay, provided input into the principal casting process, oversaw post production and helped with the marketing and distribution process. Again, I was very hands on from beginning to end.

Now does a producer ever get a say in the script or casting? For instance, whose idea was it to cast Mischa?

The script and the cast are two of the most important areas of focus for a producer. I always say that the two biggest obligations a producer has is to protect the money and the integrity of the story, and not necessarily in that order. You just can’t do that without having your hands on both. Look, you can make a so-so movie from a great script, but you can’t make a great movie from a so-so script. The material is everything. It needs to be well written, have a strong voice and be aimed squarely at your intended audience. And the right cast can make or break the film creatively as well as financially. Guiding the project from script to screen means having input in the development of characters and plotlines as well as who will be portraying those characters. In the case of Mischa, a sales agent we were talking with gave us a short list of names that they believed would bring value to a film like this, and Mischa was right at the top. Our casting director made an offer through her agent, but we didn’t hear anything for about a week. Well, it turns out that I had a friend who was good friends with her, so I called him and asked him to get her to do the picture. I made that call to my friend on a Saturday, and by Monday, Mischa’s agent was calling us to say she was accepting the role.

Did you spend a lot of time on the set of that one?

Because I was also the line producer/UPM, yes, I was on set every day. We built the basement set on a sound stage, and so my office was right there at the studio. It was great because it afforded me the ability to manage the set day to day and see what we were shooting while also having a place where I could retreat to and handle broader producing duties like generating publicity, reviewing dailies or researching appropriate sales agents.

A lot of producers seem to stick primarily to the one genre but that doesn’t seem to be the case with you. Is there a preferred genre?

No, I’ve never been constrained by genre. Good material transcends genre. All a genre really is, is a set of conventions or norms that allow an audience to clearly identify what type of picture it is and, therefore, whether they want to see it. But a good story is a good story is a good story, regardless of the genre, and that’s what I look for. Is the story good and is there an audience for it? Working in different genres simply allows me to explore good storytelling within the framework of varying conventional norms, which makes the endeavor a little more exciting than working in the same genre over and over. After all, that excitement of doing something new, of not waking up and going to the same job every day, is what attracts a lot of us to the business.

What film are you the most proudest of?

That’s a tough one. I’m not sure I can pick one film or another. I’d say I’m proud of different films for different reasons. I did a little film called Comfort, which was released last year, that performed very well both critically and with audiences despite its small budget, so that definitely became a personal favorite for me. I’m proud of the production values and fresh story perspective we got out of Pray for Rain. I’m proud of how well Ninja Apocalypse did financially on home video and the fact that we were able to pull off the myriad fight sequences and 450-plus effects shots needed to do it right. Honestly, I think I could make a case for “proudest father” on almost any film I’ve done, but for different reasons. 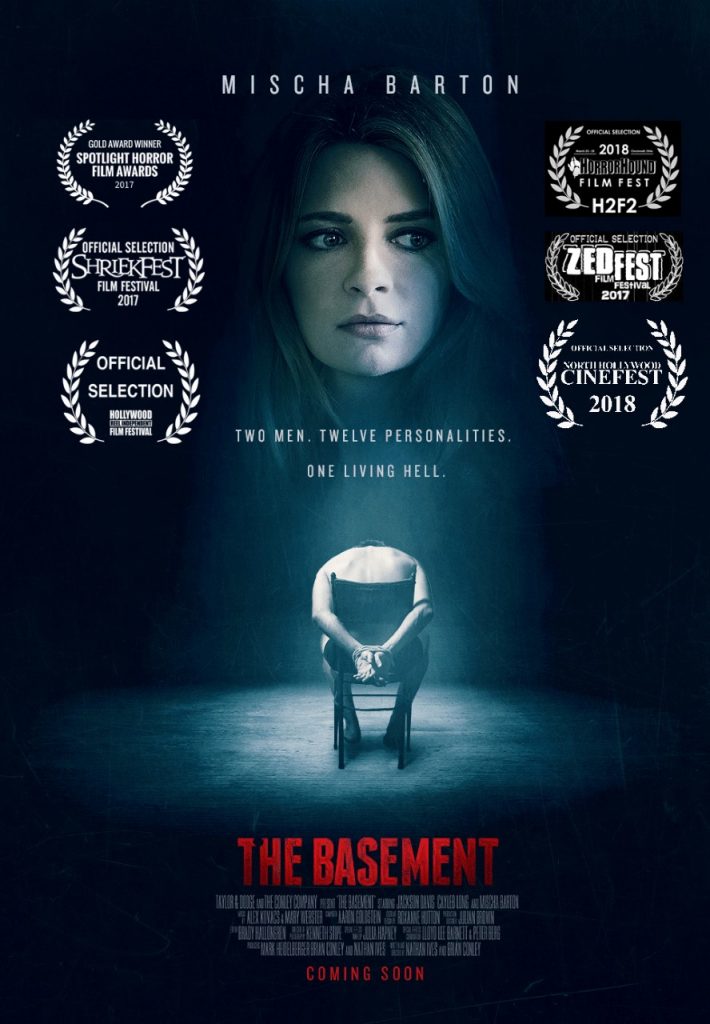 Can we get the scoop on what lies ahead?

I’ve been in development on a $30 million film called Walking on Palmettos for the last two years, which I’m co-producing with screen legend Ed Asner and hoping to get off the ground this year. It tells the true story of Myles Richards, this privileged but restless surfer who managed to build a marijuana-smuggling empire in the 1970’s that made him a millionaire, but also estranged him from his disapproving father and drew the attention of an FBI agent who stopped at nothing to bring him down. I’m also attached to a boxing drama called Worth the Fight, which I’d like to shoot next year, about an underground bruiser recruited into the legit boxing world by an over-the-hill coach. It’s a great story about struggle and the importance of family, as the hero must overcome his seedy past and his own insecurities to find success or risk losing his siblings to the welfare system. However, my next project will likely be a techno-thriller called LITU for TDP Films about helicopter parents who buy a digital AI to tutor their ten-year-old twins, but soon find themselves in a struggle for supremacy, as the machine is smarter than they are and controls their entire home. It’s very cool stuff that plays on people’s fear today of AI’s growing dominance in our lives. More about what I do and what I’ve done can be found on my website (www.markheidelberger.com).