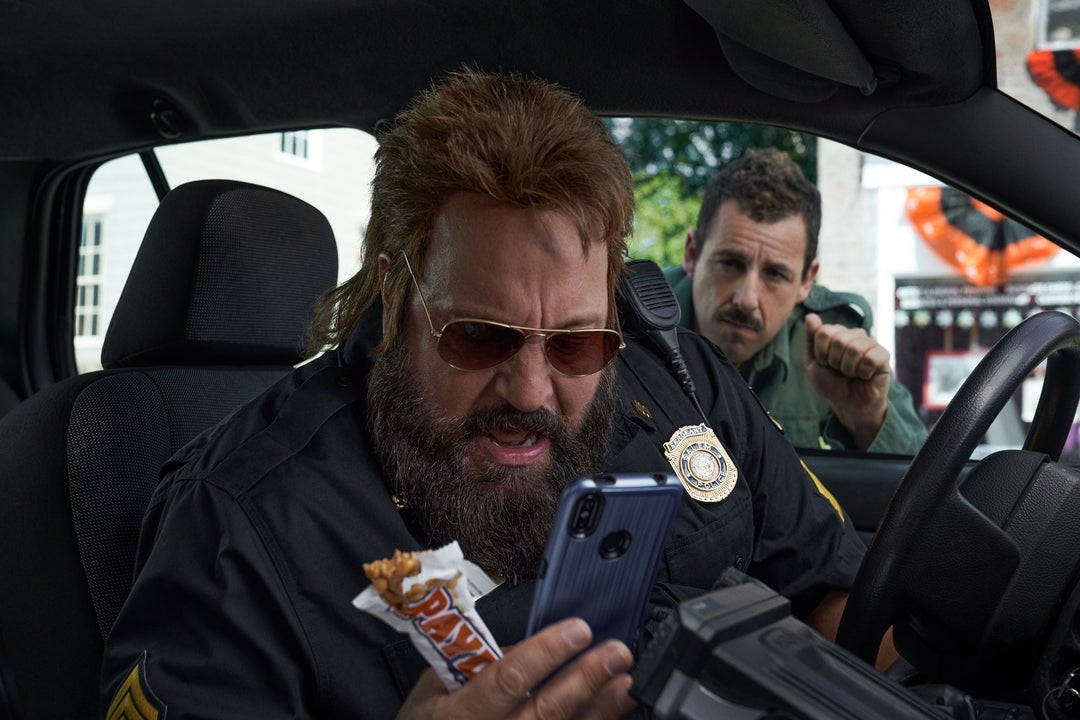 Hubie Halloween is hardly an amazing movie and some of the jokes don’t work but for the sheer spirit of Halloween and the sense of fun it gives make it worth a watch.

Plot: Despite his devotion to his hometown of Salem (and its Halloween celebration), Hubie Dubois is a figure of mockery for kids and adults alike. But this year, something is going bump in the night, and it’s up to Hubie to save Halloween.

Review: I’ve haven’t seen a lot of recent Adam Sandler movies; I like his older stuff like Happy Gilmore and The Wedding Singer but his more recent comedic fare I’ve not bothered with. I still need to see Uncut Gems too which I hear is excellent. When I saw the trailer for Hubie Halloween I thought it looked more like his classic fare like The Waterboy especially with him having a silly voice. Anything set at Halloween is immediately appealing to me so this weekend seemed like the perfect time to sit down and enjoy some escapist nonsense.

Hubie Halloween is exactly what you’d expect from the trailer and it is harmless fun for all the family that also has some nods to his classics like Billy Madison and more.

Hubie Duboit is a volunteer Halloween Safety Inspector making sure all the local kids are behaving themselves during Halloween; unfortunately for Hubie the town sees him as pathetic and he is generally made fun of and bullied by everyone. There is a running joke throughout of locals throwing things at him as he rides his bike which provides several laughs. A few jokes fall a little flat but generally this is feelgood stuff and has a positive anti-bullying message which we can all get behind.

Hubie’s mother is very protective of him and feels that this year he is going to be tested like never before; I had to do a double-take when I saw some of her T-shirts which were hilarious.

Hubie Halloween feels like classic Sandler so if you’ve never been a fan then this likely won’t change your mind but if you want something to take your mind off this year then this should do the trick (or treat).

The usual cast of Sandler movie regulars show up including Steve Buscemi and Kevin James with Ray Liotta appearing as one of the local bullies who regularly makes fun of Hubie.

It has plenty of heart with some amazing set design really pulling you into the spirit of the season and even if the movie is hardly a classic, I feel it will become a regular watch at this time of year.

Overall, Hubie Halloween is the perfect tonic for 2020 giving us some laughs and escapism which is much needed. I laughed more than I expected to and the anti-bullying message is also a welcome one. There are probably a few more adult oriented jokes which younger kids won’t get but that’s why it works as family entertainment.