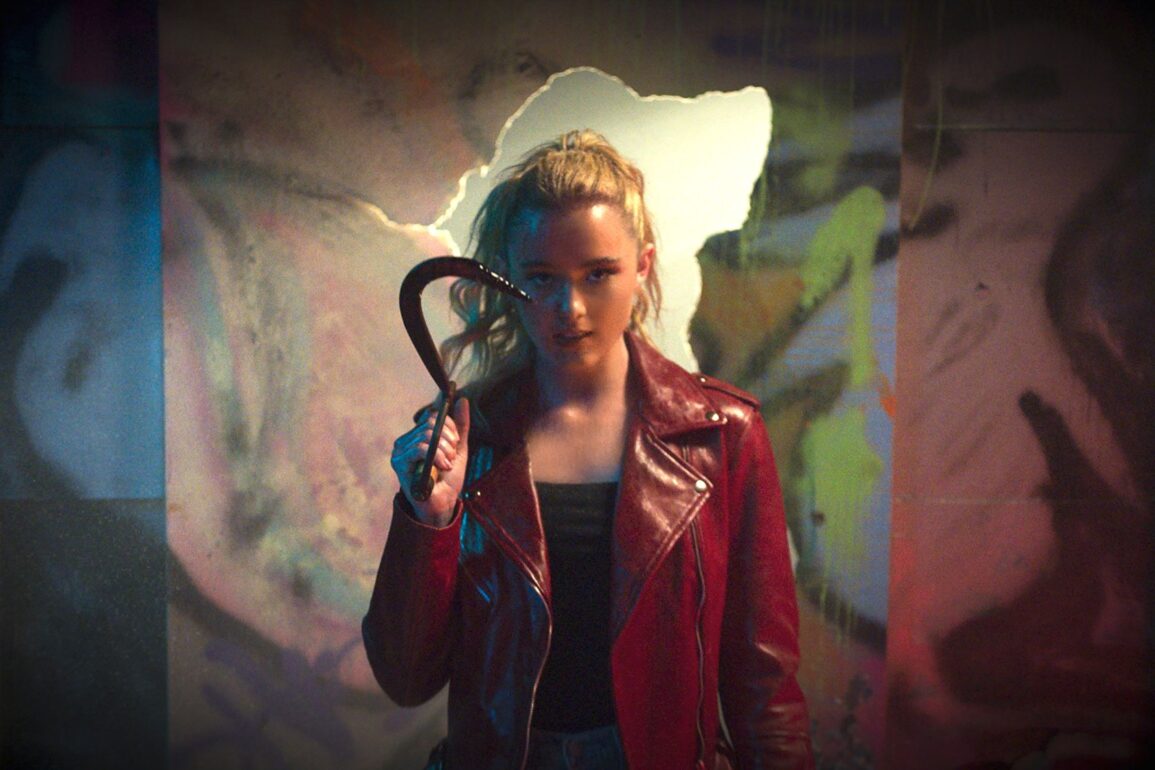 Freaky has the spirit of a true supernatural slasher, and I hope it does eventually get a sequel like Happy Death Day did. We’ll see.

A serial killer and a high school teenage girl switch bodies on the eve of the big high school dance.

There’s a masked killer out there the media dubs “The Blissfield Butcher” (Vince Vaughn) who preys on young people up to sex, drinking, and drugging, and on the eve of the October homecoming dance, he finds a cursed dagger, which he intends on using for his next batch of slayings. High school misfit Millie (Kathryn Newton in what may end up being her star making role after bumping around in projects like The Martial Arts Kid) is pretty but doesn’t know it yet, and she’s been struggling with dealing with the recent death of her dad, who left her with an alcoholic, but sweet mom and a overbearing older sister, who’s a cop. Millie’s friends are misfits too, and the three of them are their own clique at school, where all the cool kids make fun of them. When circumstances and fate put the killer and Millie at the same place at the wrong time, the killer makes his move, and stabs her with the cursed dagger, starting an event that will have both of their minds and bodies switched to the others’. When they wake up the next morning (on Friday the 13th – hey, it’s Freaky Friday!), they both realize what has happened, which proves to be an interesting challenge for each of them. The Blissfield Butcher in Millie’s body gets right to his dastardly deeds, intending to wrack up a body count at school and at the dance, while Millie in the killer’s body has to duck and dodge the authorities while dealing with testicles and more important matters like trying to convince her friends that she’s actually in this killer’s body and that the killer is in her body. It’s a goofy set-up for a slasher, but the movie has a countdown where Millie has to trap the killer in time to switch bodies or else they’ll both be stuck in the other’s body forever.

From Christopher Landon, the energetic filmmaker behind Scout’s Guide to the Zombie Apocalypse and the two Happy Death Day Movies (which this movie closely resembles), Freaky is a hard “R”-rated slasher that goes as far and as deep into PC territory as it chooses to, and while it gets weird with a few scenes that “go there” (Vince Vaughn kissing a teen boy in one scene is, um, strange to say the least), Freaky has the spirit of a true supernatural slasher, and I hope it does eventually get a sequel like Happy Death Day did. We’ll see. 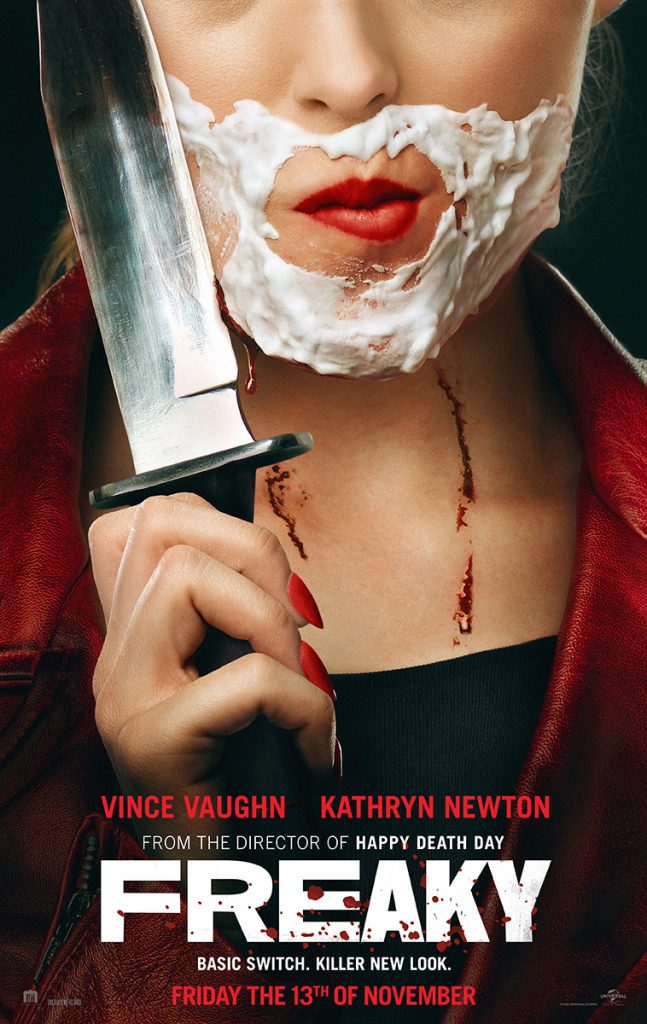