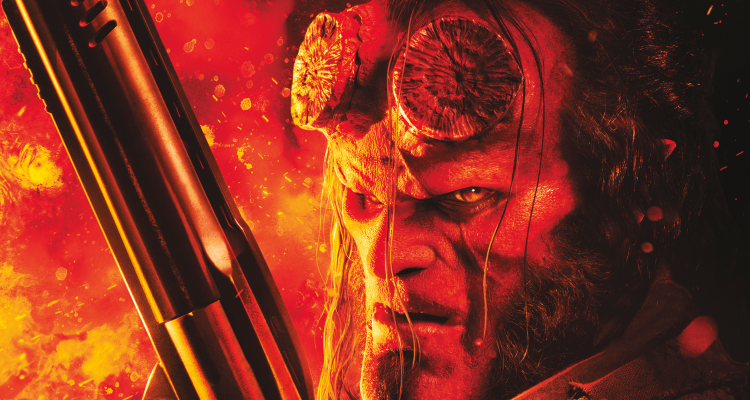 Hellboy may not be as imaginative as Del Toro’s movies but it has plenty of gore and will no doubt find its audience on home video.

Plot: Based on the graphic novels by Mike Mignola, Hellboy, caught between the worlds of the supernatural and human, battles an ancient sorceress bent on revenge.

Review: With a strike of Excalibur, King Arthur (Mark Stanley) and Merlin (Brian Gleeson) destroy an evil, immortal witch named Nimue, also known as The Blood Queen (played by Milla Jovovich), dispensing her body parts and severed head to various far reaches of the globe. Flash forward a few millennia and the world has a few not-so-well-kept secrets, namely that there are strange, supernatural beings running around causing annoying disturbances to humanity. A fairly secret organization called the B.P.R.D. (Bureau of Paranormal Research and Defense) has a champion do-gooder everyone calls Hellboy (David Harbour in suit and a bunch of makeup) because he’s literally the spawn of the devil and a human woman. Hellboy is an avenger with a big rock fist and a badass gun, and when the world is under threat again from a reawakened Nimue who threatens to unleash ancient sentinels from hell to cleanse the earth, Hellboy has to get cracking. The only weapon that can defeat Nimue is Excalibur, but there’s a catch if you remember the Arthurian lore: Only Arthur or one of his descendants (and the rightful king of England) can withdraw the sword from the stone. Hellboy must quest for Merlin and discover and embrace his true lineage to obtain Excalibur and destroy The Blood Queen.

A surprising entry in the sword and sorcery genre and especially in the Arthurian subgenre, Neil Marshall’s Hellboy gets better with multiple viewings, although it still doesn’t have the ingrained imagination of the previous two entries from Guillermo del Toro. Based on the comics by Mike Mignola, this outing is grungier, fouler, and much gorier than you’d expect, and structurally it’s kind of a mess, but there are some viewers out there who will enjoy it.

Lionsgate’s Blu-ray / DVD / Digital combo pack arrives on July 23rd, and the Blu-ray comes with an exclusive special feature “Tales of the Wild Hunt: Hellboy reborn, a 3-part documentary. Also included are deleted scenes and pre-visualizations for the fight scenes. 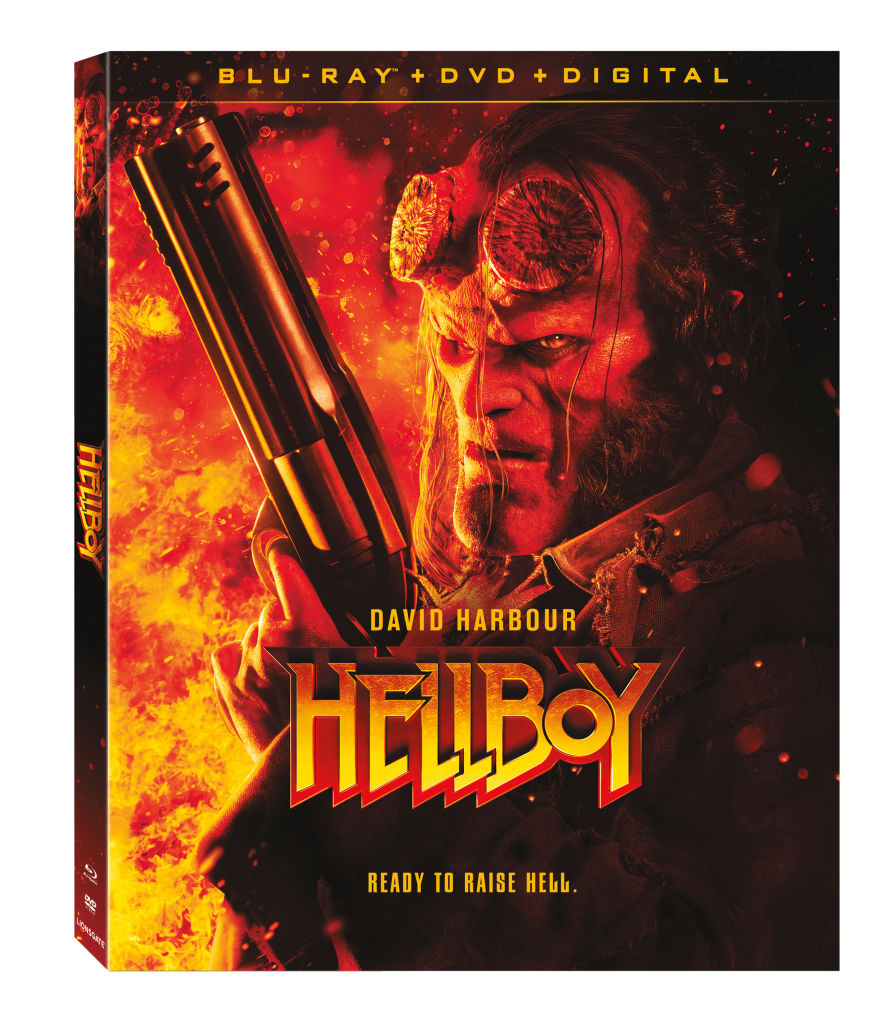