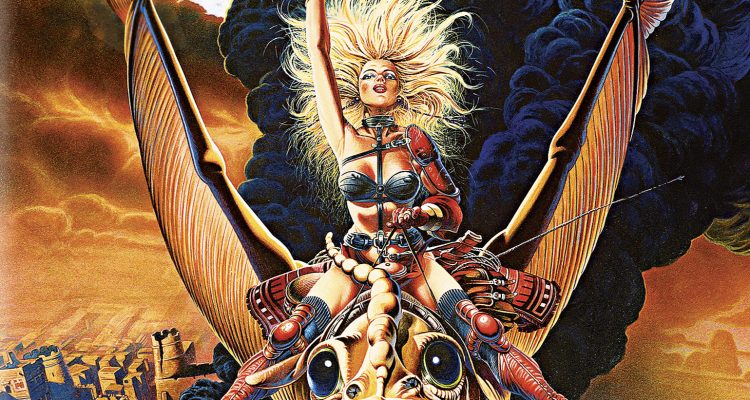 The original is a near-perfect touchstone film for me, and it looks great in this new edition, and the sequel is fun, if not entirely necessary. Still, it’s nice to have them both in the same package.

An orb is passed through the cosmos, altering anyone who possesses it.

The Loc-Nar orb – seemingly created from the most evil forces ever conceived – drifts through the cosmos, finding itself in the possession of all sorts of motley creatures. An astronaut brings it home to his daughter (big mistake), destroying their lives forever, and then it ends up in a thrashed futuristic city where a down-on-his-luck cabbie named Harry Canyon gets involved with a buxom babe whose father – a meteorologist – found the sphere. Canyon’s involvement with the orb doesn’t improve his situation in the slightest, but at least he gets laid real good. Later, the Loc-Nar ends up in the possession of a pencil neck geek who is literally transformed into a naked barbarian warrior named Den who is transported to a land of mutant lizards and naked damsels, who throw themselves at Den’s feet. Den’s transformation by the Loc-Nar ends well for him, but then the malevolent orb finds its way into the grasp of a nebbish dweeb on a space colony, mutating him into a monstrous avenger against anyone who has ever taken advantage of him, namely a lecherous creep named Captain Sternn. Afterwards, the Loc-Nar travels through space and time to World War II aboard a fighter plane where it reanimates the deceased crew into ravenous zombies. Next, the sphere goes where some trash collecting alien pot-smoking losers are, giving them a chance to abduct a sexy Pentagon secretary, and they drift around, getting laid, getting stoned, and getting a lift from the Loc-Nar. Lastly, the Loc Nar lands on an Earth-like planet, gifting itself to a peaceful people who are utterly and completely changed into a barbaric, bloodthirsty horde intent on conquering the planet by pure savagery. The only one who can stop them is a lone, mute Amazon babe named Taarna, the last of her people, and she prepares to go to war against the Loc-Nar mutants, swooping in on her winged lizard.

Based on a series of comic strips originally from Europe and retrofitted to the West called Metal Hurlant, Heavy Metal was a transformative experience when I first saw it as a teenager, as it encompassed everything I loved and held dear about movies, animation, comic books, the idea of sex, and the science fantasy pollination of genres. A nearly perfect blend of late ’70s concepts of creative design, drug culture, post-Vietnam era freedoms, Playboy Playmate-style idolatry of breasts and easy sex for teenagers, and an amalgamation of Tolkien-esque fantasy landscapes enmeshed with Moebius / Richard Corben / Bernie Wrightson design work, the film for me is a complete triumph from a collective of 10 filmmakers and an assortment of other creators, including producer Ivan Reitman. Elmer Bernstein did the magnificent score and the film continues to age like a fine wine. My personal favorite segment in the piece is “Taarna,” but I like them all. A playlist of hard rock songs is peppered throughout the film.

A miner accidentally unearths a life-renewing source, but it turns him evil and intent on ruling the galaxy.

Tyler (voiced by Michael Ironside) is a lowly space miner with a small crew, and as his luck (or lack thereof) would have it, he unearths a shard of the Loc-Nar, a source of pure evil, and the discovery is distilled into a liquid, which transforms him into a space-thrashed villain, filled with rage, hate, and evil. Immediately, he becomes a different person altogether, and the force within him craves blood, sex, and easy victory! He becomes an unhinged space pirate, intent on conquering everything and everyone in sight, and when he destroys a peaceful planet and everyone on it, he takes a prisoner, the buxom beauty Kerrie (Sonja Ball), kid sister to Julie (Julie Strain), the last survivor of her planet. Julie takes up a quest of vengeance, pumping herself up to find and kill Taylor and his pirate crew no matter what the cost, and she follows him from one scuzzy watering hole planet to the next, but what she doesn’t realize at first is that Taylor is indestructible and virtually impervious to pain and death thanks to the life-renewing liquid he relies on to constantly heal himself, and so she has to formulate a plan of action so that she can defeat him once and for all.

A long overdue “sequel” or companion piece to the 1981 classic, Heavy Metal 2000 was a huge disappointment to me when I first saw it in 2000 when it was released directly to DVD, but time has been very kind to it. Using cutting edge CGI animation mixed with traditional-looking Saturday morning style animation of the late ’90s, the movie lacks a distinct visual style, and with only a single story to propel its thread instead of a bunch of vignettes, the movie struggles to maintain momentum, although it does have enough action, sex, nudity, and gore to satisfy fans of the first film and of the magazines and graphic novels it is inspired from. It’s based on a graphic novel by Kevin Eastman (who was married to Strain at the time) and Simon Bisley, whose nipple-busting string bikini babe cover girl creations Julie Strain was made to model for, and while I haven’t read that book, I’m sure the film does a pretty good job adapting it. There are too many references to Strain’s cult status in the film, and while I can appreciate the way she is used for the film, I’m not sure building the movie around her was a great idea. Still, the movie is better than I originally gave it credit for, and the score by Frederic Talgorn is good. A set of hard rock songs are used throughout the movie, but they don’t add much. 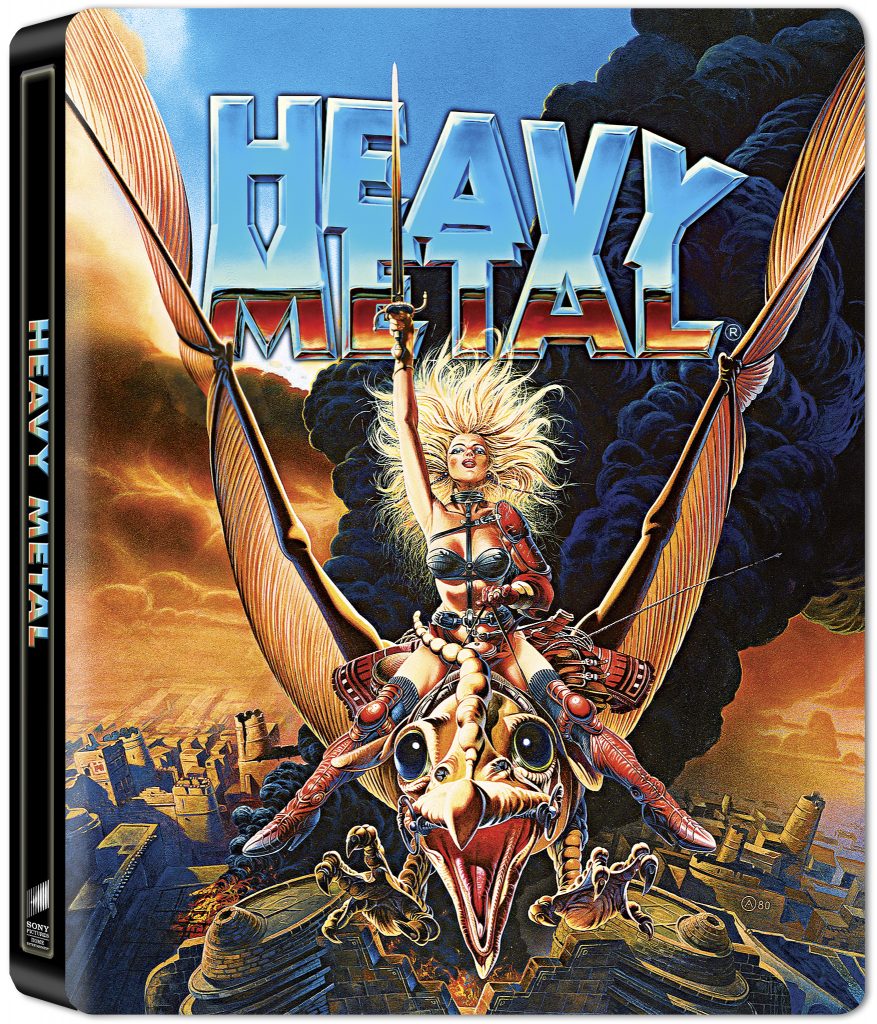