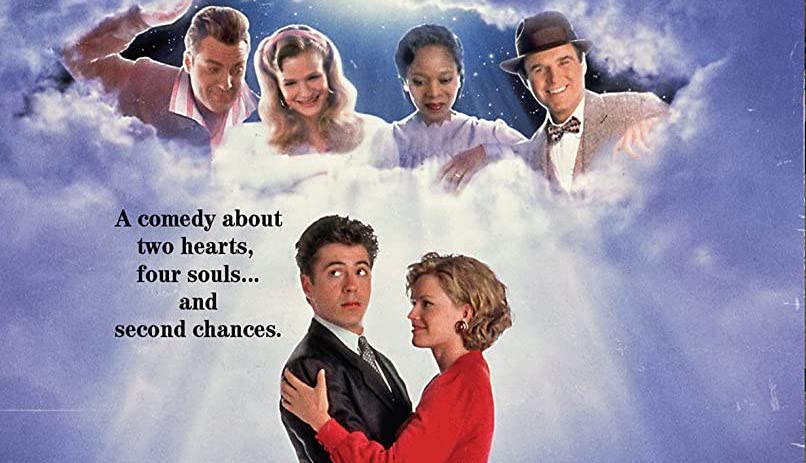 A cute high concept comedy from filmmaker Ron Underwood and a group of writers, who include the two guys who wrote Short Circuit and Tremors, Heart and Souls worked for me when I saw it theatrically in ’93, and it still manages to work today.

A baby is born the moment a group of strangers are killed in a bus crash, and the child grows up with the ghosts of the deceased alongside him.

Thomas Reilly is born the moment a bus crashes, killing five complete strangers – shy Harrison (Charles Grodin), thief Milo (Tom Sizemore), runaway bride Julia (Kyra Sedgwick), and mother of three Penny (Alfre Woodard) … and the bus driver (David Paymer). The group – minus the bus driver – find themselves transported to the baby’s side and they can’t leave him at all, and spend the next seven years watching the boy grow up. Thomas interacts with them like imaginary friends, but it puts him and his family at risk because everyone thinks he’s got serious psychological problems, and so the four souls make a decision to disappear and let Thomas live his life without having them in his way of living. But when 30 years pass, the souls are visited by the bus driver and told that it’s time for them to be collected … except they’ve never been informed that they were meant to use Thomas as a conduit to fulfill the one thing in their lives they wished they could’ve done right. Because of the “error,” the souls are given a very brief extension, which means they have to reveal themselves to Thomas again. Thomas (played by Robert Downey Jr.) is a successful bankruptcy attorney with a great girlfriend (played by Elisabeth Shue) he won’t commit to, and when the four souls enter his lives again, it plays havoc on his life for the next few days. Each one of them must do the one thing they’ve always wanted to do, and Thomas does his best trying to oblige them, which proves to be both problematic and manic in so many ways, as he’s working on a very tight timeline, all while trying to keep his relationship with his girlfriend in check. By the end of the journey, Thomas will have grown up and matured quite a bit, and his four friendly souls will have been given the only chance they’ll ever have had to move on into the afterlife.

A cute high concept comedy from filmmaker Ron Underwood and a group of writers, who include the two guys who wrote Short Circuit and Tremors, Heart and Souls worked for me when I saw it theatrically in ’93, and it still manages to work today. There’s a timelessness to it that is refreshing, and the film is remarkably well cast. Everyone is given their chance to shine, except for Shue, who is underused and whose character is underwritten. Downey Jr. is incredibly appealing in a very physical role where he gets to act possessed by all four of the ghosts, and it’s fun watching him go through a wide array of character transformations. The film is endearing as a fantasy and as a romantic comedy, and it holds up very well.

Mill Creel’s new Blu-ray edition of Heart and Souls comes with newly produced special features including a lengthy interview with director Underwood, and new interviews with co-screenwriter S.S. Wilson, and production designer John Muto. The Blu-ray package comes in a retro-style VHS slipcover. The transfer of the film is quite adequate in high definition. 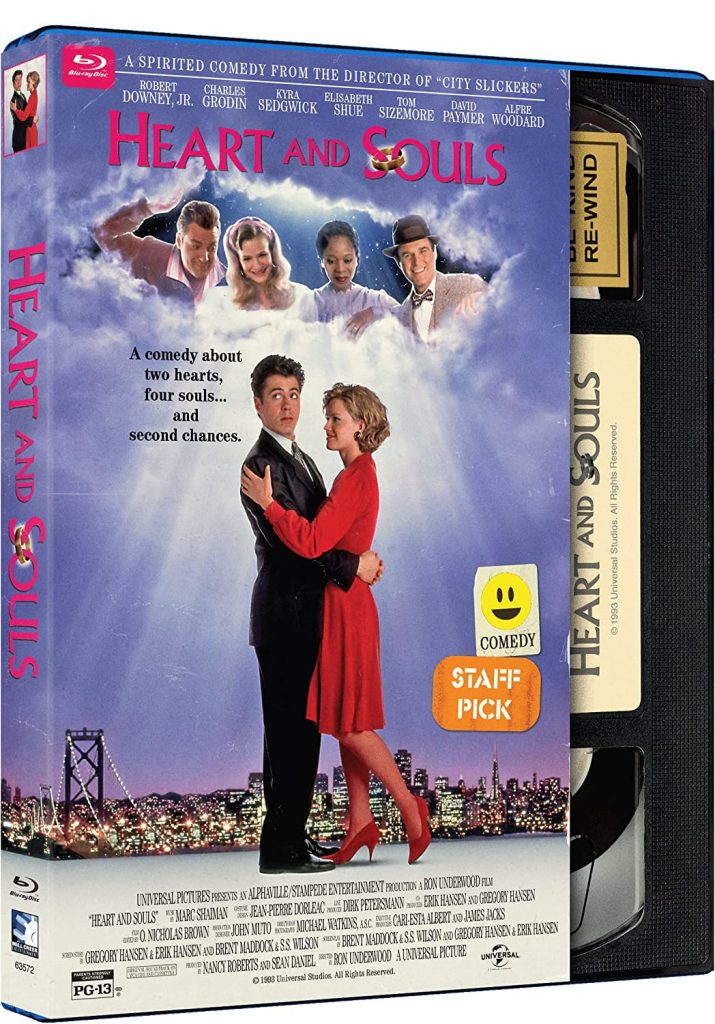