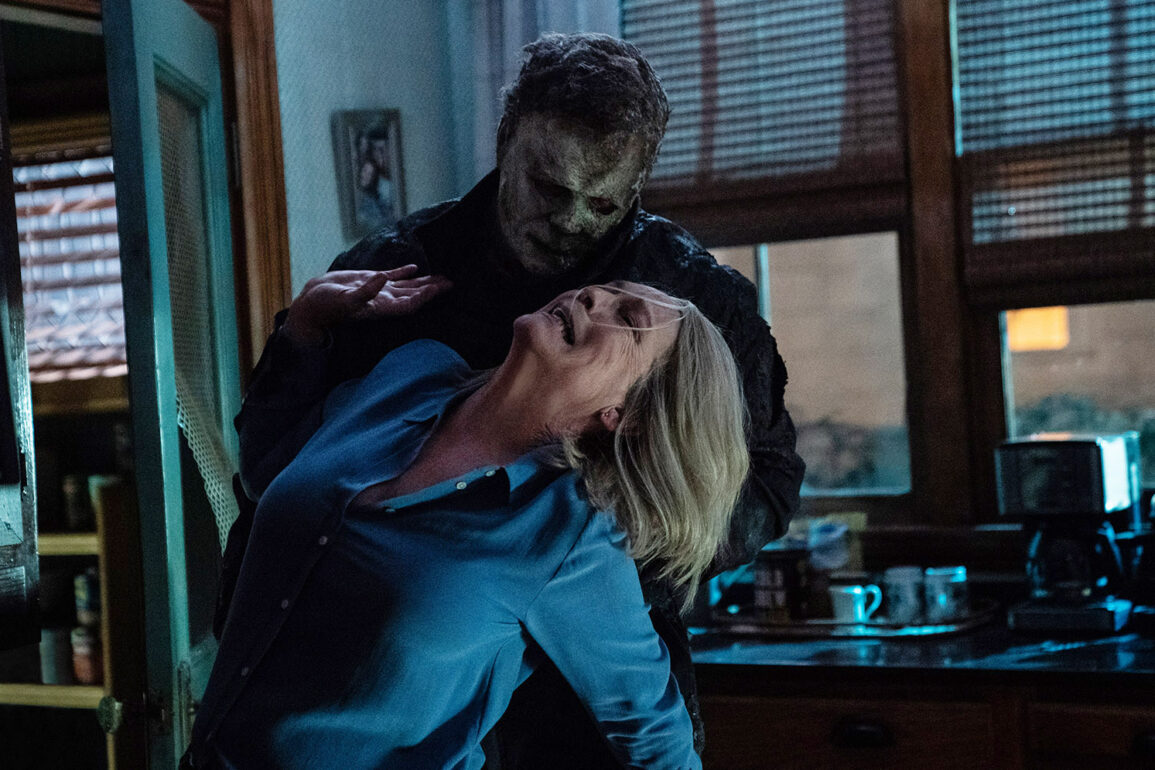 Halloween Ends has taken the crown of the worst entry in the franchise for me as Michael Myers is hardly in it and it’s the first time I’ve been bored watching any movie in the series. It has a few decent kills and we get a scene where someone is watching Hard Target which was cool but aside from that I have no plans to watch this again.

Plot: Four years after her last encounter with masked killer Michael Myers, Laurie Strode is living with her granddaughter and trying to finish her memoir. Myers hasn’t been seen since, and Laurie finally decides to liberate herself from rage and fear and embrace life. However, when a young man stands accused of murdering a boy that he was babysitting, it ignites a cascade of violence and terror that forces Laurie to confront the evil she can’t control.

Review: It’s no secret that Michael Myers is my favourite horror movie character of all time and John Carpenter’s original Halloween is also my number 1 horror flick. There have been a hilarious amount of sequels with varying degrees of quality but I’ve always been able to enjoy them on some level… aside from maybe the Rob Zombie films which took away all the mystery behind Michael.

As my buddy Jay said tonight after Halloween Ends – Rob Zombie can sleep easy at night now as he no longer made the worst Halloween movie. That honour now goes to this movie which really wasn’t what I expected or what was advertised. We were promised an epic final showdown between Laurie Strode and her nemesis Michael Myers but instead the majority of the movie is about a young kid named Corey (Rohan Campbell) who becomes a pariah in Haddonfield after a horrific accident. The problem is the majority of the movie is all about him and his blooming relationship with Allyson with Laurie seemingly moved on from the events of 4 years ago.

What’s so frustrating is that by the end of Halloween Kills Michael Myers murders most of the town and walks off to kill another day. For this movie I was expecting Michael to be more evil than ever before but for some reason they decided that he disappears and we find out he is hiding in the sewer after marrying Pennywise the Clown (that last part may or may not be true).

So Michael Myers is now essentially making cameos in his own movies with Corey stealing all the limelight and it’s the first time I’ve ever been bored watching a Halloween movie.

There was no tension, it was never scary and even the score was disappointing, coming off as too loud and intrusive at times.

In terms of plus points the performances are generally decent and Jamie Lee Curtis never phones it in so we still root for her. There is a scene where someone is watching Hard Target which is a bonus and there are a couple of decent kills but most of them happen off screen or the camera shakes too much to see what’s going on making it ultimately frustrating. I guess it’s interesting that the film was very different from what was expected and should be applauded for at least trying something new but the problem is this series is about Laurie vs. Michael which we only get in the last 15 minutes.

I consider Halloween H20 a far better pay off for both characters as it gave proper closure and still kept the spirit of the original classic alive. Halloween Ends rarely feels anything like the other movies and it’s the only entry in the franchise I have no desire to watch again.

Overall, Halloween Ends is the worst Halloween movie to date for me and making Michael Myers a supporting character in his own movie was disappointing; I’m sure it will have its fans but I’m not one of them.