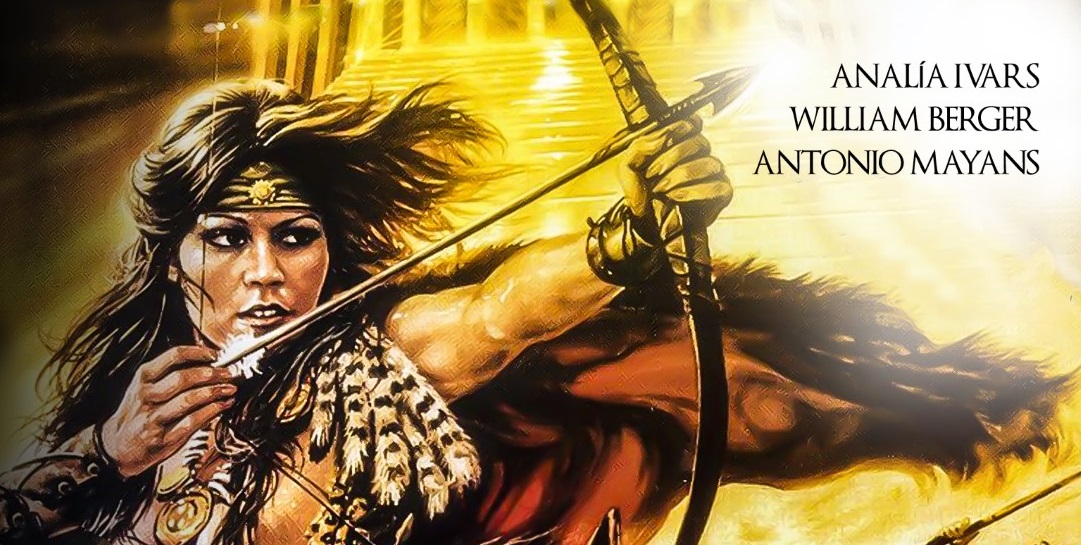 If you’re looking to relax to pulpy nonsense with tons of nudity and a very light Indiana Jones-esque type story, then you’ve got you’re evening’s entertainment all lined up.

Plot: A woman, raised by an Amazon tribe after they killed her parents, seeks revenge on another tribe for their deaths by joining an expedition looking for the tribe’s secret golden temple.

Review: A little girl is orphaned after her parents are murdered by bare-breasted blonde Amazon women who seek retribution for the theft of some gold from their temple. The girl grows up to be the beautiful Liana (Analia Ivars, who is bare breasted the entire movie), a naive Sheena-type jungle woman who has been raised by some local natives. An anthropologist from a nearby settlement hears about the local legend of a jungle woman, and he comes to visit her, explaining to her that her parents were killed by the vicious Amazon women deep in the jungle, who lord over a golden temple. Incensed with rage, Liana seeks help from an indigenous warrior to accompany her to the golden temple where the Amazons live so that she can seek her revenge. Along the way, she and the warrior are joined by an archeologist and his beautiful (and often completely naked) wife, and several others, and when they make their way to the Amazons, their plan of attack is thwarted. They’re taken captive and tortured, and Liana is forced to battle the leader of the Amazons, and the victor has the “honor” of getting raped by the man running the golden temple. A big rescue by Liana’s friend Rocky (a chimpanzee) sets the captives free, and there’s some mild, bare-breasted action to cap off a pretty entertaining film.

What can I say? I enjoyed the heck out of this comic book-style nudity-filled adventure. Exploitation filmmaker Jess Franco (The Diamonds of Kilimanjaro) directs this with an easy, laid-back hand. The film doesn’t really have any “action” in it per se, but if you’re looking to relax to pulpy nonsense with tons of nudity and a very light Indiana Jones-esque type story, then you’ve got you’re evening’s entertainment all lined up. Filmed in Spain and dubbed into English.

MVD Classics recently released a high definition Blu-ray of Golden Temple Amazons, and it looks better in quality than the previous DVD release from Shriek Show. No other special features, other than some trailers, are included. 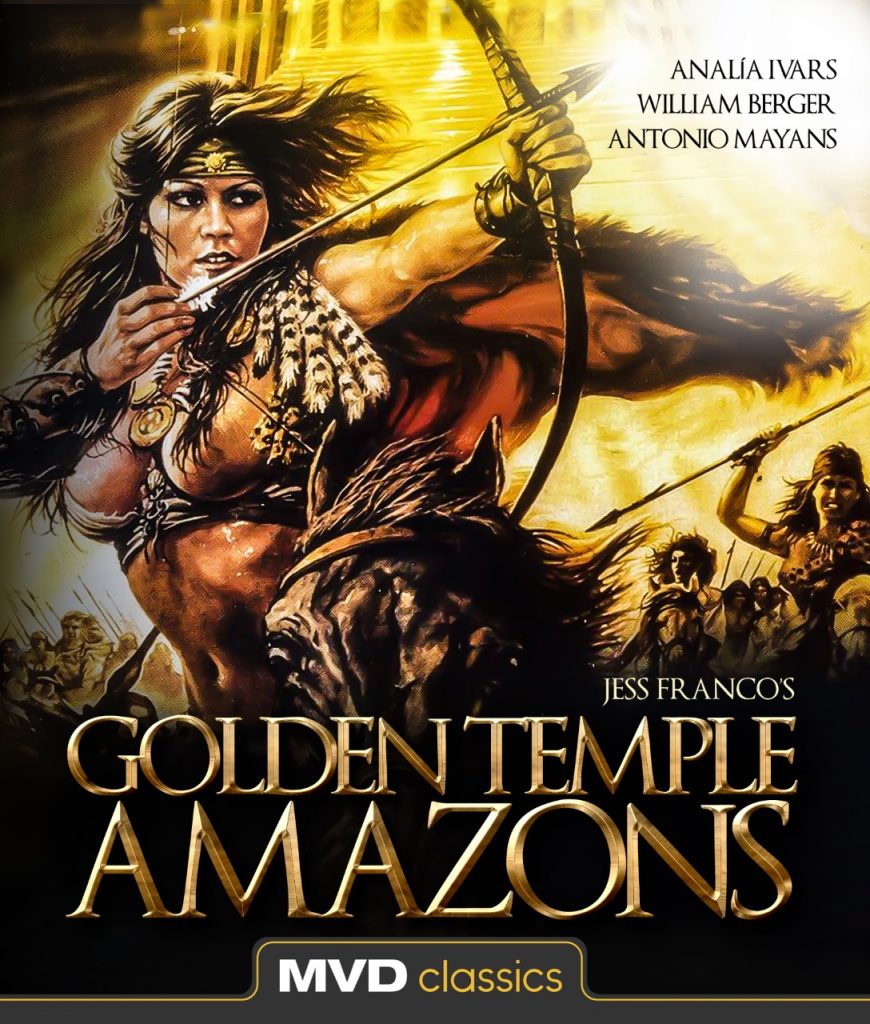